Idaho Statesman: Taxpayers paid $14 million for an Idaho hatchery — and all its fish have been dying 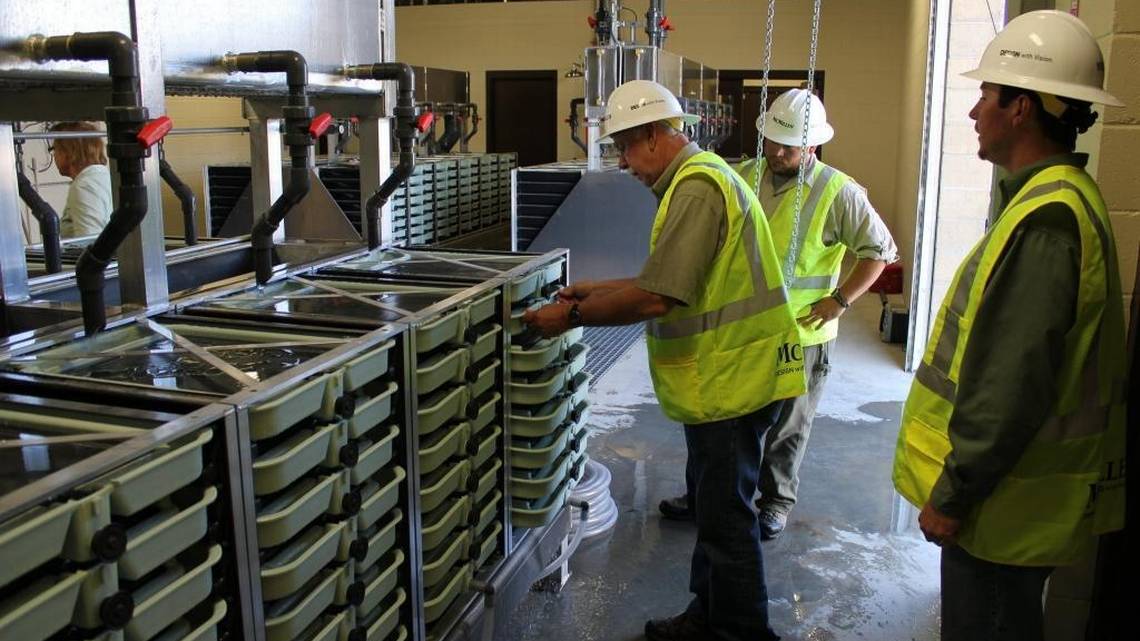 Only 157 endangered Snake River sockeye salmon returned to the Sawtooth Valley this year — and not one of them came from a $14 million hatchery built to help their recovery.

The Springfield Hatchery opened in eastern Idaho in 2013, paid for by the Bonneville Power Administration — a federal agency that markets power from dams in the Northwest and whose ratepayers provide a major source of funding for regional salmon recovery. It was designed to add up to 1 million more sockeye that could be released into Redfish Lake Creek near Stanley.

But Idaho Department of Fish and Game biologists discovered the young salmon smolts have been dying after their release because of stress.

“What we have learned is that water chemistry appears to be a significant contributor to reduced survival,” Jesse Trushenski, a fish health expert with the department, said when the problem was announced at a meeting Tuesday.

The water in the Springfield Hatchery has an unusually high level of calcium carbonate, making it extremely “hard” while Redfish Lake Creek’s water is unusually “soft,” said Paul Kline, Fish and Game assistant chief of fisheries. When the smolts were released into the creek, they suffered a physiological shock.

It has taken Fish and Game three years to solve the mystery of the low survival numbers of Springfield-raised sockeye.

Read the full story here at the Idaho Stateman.