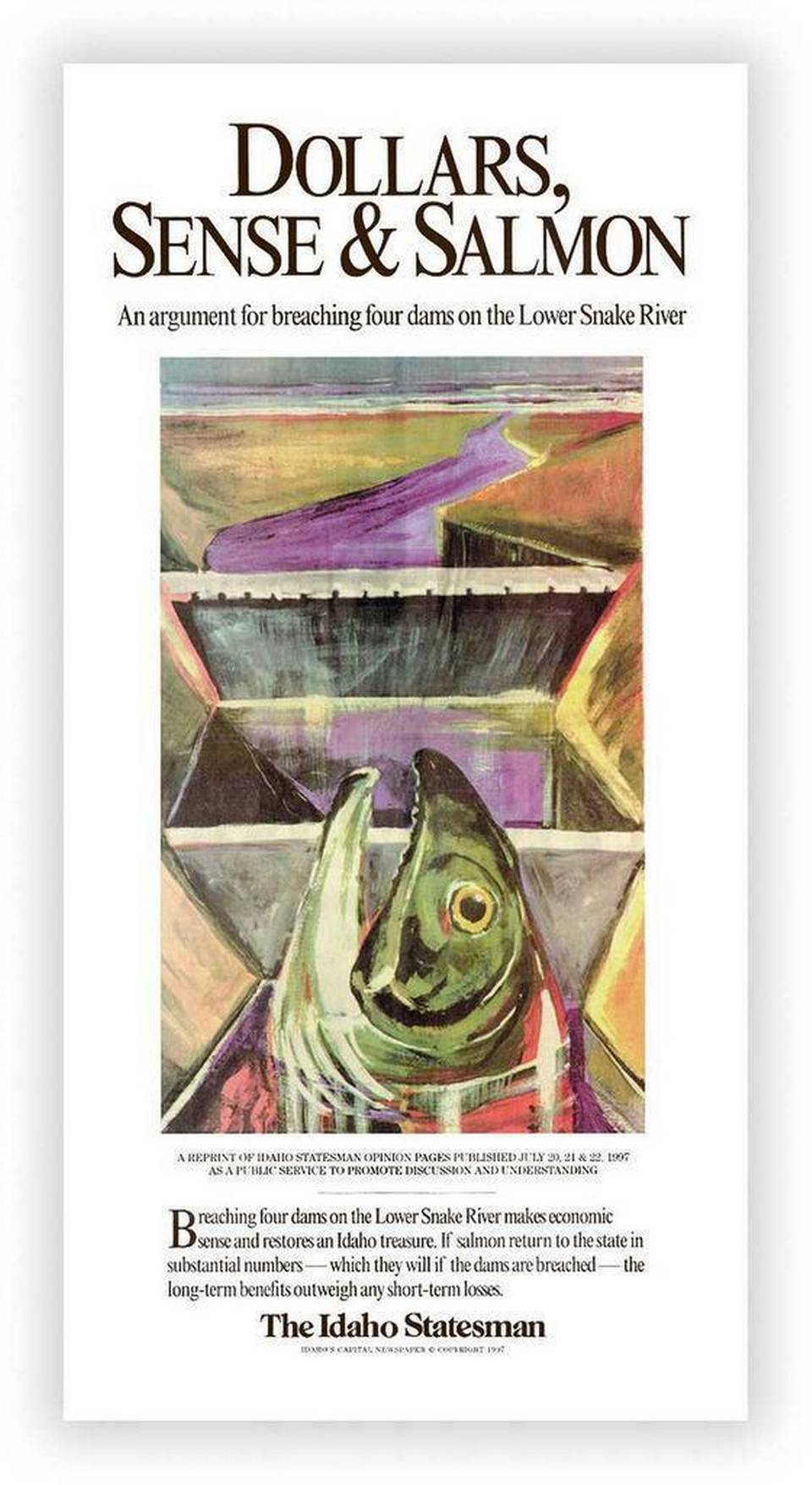 The editorial board of the Idaho Statesman, then a relatively conservative body, shocked the Pacific Northwest when it called for breaching four dams on the Snake River to save Idaho’s endangered salmon and steelhead.

In 1997, the only people who had taken a serious public stand on removing the dams were Reed Burkholder, a Boise piano teacher and renewable energy activist, and John Young, a biologist for the Oregon Department of Fish and Wildlife. The Statesman’s six-member editorial board headed by Publisher Pam Meals and Editor John Costa made a bold statement in an unprecedented three-day series of editorials, graphics and background beginning that July 20.

In his own separate column that ran with the series, Costa summed up the case. In short: A natural river saves salmon and money.

“We are aware that there are folks who passionately believe that the dams should stay,” he wrote. “But we do not believe that their case can be made against the broader interests of all in Idaho and the Northwest.”