Idaho Statesman: Remove 4 dams, leave these fish alone, and they may be able to replenish themselves 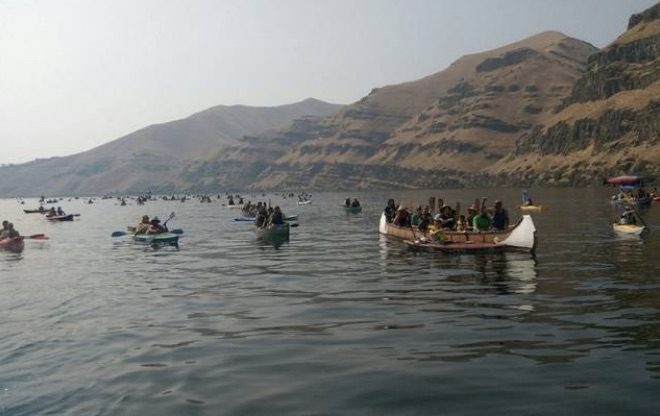 Stanley, ID - It’s in places like Marsh Creek where the hope rests for spring chinook and other Northwest salmon.

No hatchery-born fish have ever sullied the genetic stock of the chinook that run in the clean, clear waters of the 15-foot-wide tributary of the Middle Fork of the Salmon River, 10 miles west of Stanley and 870 miles from the ocean.

These native fish in Central Idaho’s pristine habitat are in the worst shape since 1995, when no chinook returned amid some of the worst recorded Pacific Ocean conditions for salmon, and 2015, when low river flows devastated their numbers.

The DNA of these salmon carries the imprint of 10,000 years of adapting to this watershed. Their range of traits and diversity allows them to survive incredible odds and obstacles as they migrate downstream, then return from the ocean to spawn in their native waters. Natural selection has equipped these fish to face the longest, highest migration of any salmon in the world.
But the habitat of Marsh Creek is, if anything, better than it was in the 1960s, when nearly 2,000 wild fish returned to spawn annually.

That’s why the wide majority of fisheries biologists believe these salmon can rebound quickly if four dams on the Snake River — half of the eight that stand between Idaho and the Pacific — are removed.