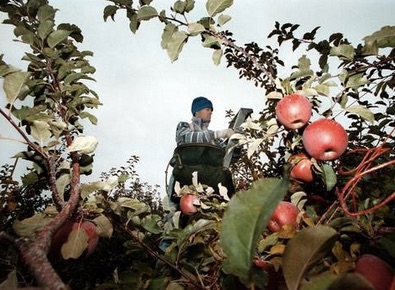 Three federal agencies that manage and market electricity from the Columbia and Snake river federal dams continue to have a conversation with residents of the Pacific Northwest about the future of the dams and endangered salmon.

More than 2,000 people have attended meetings where they’ve shared what they think should be the scope of an environmental review ordered in May by U.S. Judge Michael Simon. Despite many improvements, the judge and scientists say more needs to be done to ensure future sustainable populations of wild salmon.

But Darryll Olsen, board representative for the Columbia-Snake River Irrigators Association, doesnt want to have that conversation or the environmental review. He and his group have asked the Trump transition team either to intervene directly or to convene the Endangered Species Committee, a little-used panel that he says could decide that the federal agencies status quo plan is enough.

The committee is commonly known as the God Squad, because it can play God and allow an endangered species to go extinct. The committee and its exemption process was added to the Endangered Species Act in 1978.

Federal agencies under the act must ensure that its actions wont cause species to go extinct. To grant an exemption, the God Squad must find there are no reasonable and prudent alternatives; must determine that the benefits of the exemption outweigh alternatives; and that the agencies had not already made an irreversible commitment of resources.

This has proved to be a high bar. In 1992, the Bureau of Land Management took timber sales it planned in Oregon old-growth forest to the God Squad for a ruling because protections for the spotted owl had stopped the sales.

The panel exempted 13 of 44 timber sales, but told the BLM it first had to develop a scientifically sound plan for protecting the owl. The agency was back to square one.

Today, Olsen believes the God Squad would rule differently on the Northwest salmon than have three federal judges in five major decisions over 23 years. He wants someone to stop the federal agencies from doing the environmental review.

It is driven by a biased court decision in what has become a salmon- recovery industry over the last 20 years, Olsen said. It is not how the Endangered Species Act was meant to be used.

Whether he likes it or not, the judges have ruled exactly as the 1973 Endangered Species Act was meant to be used. The federal government has no alternative, short of triggering the God Squad, than to do what it can to keep species from going extinct.

Olsen appears to understand that fact and that the U.S. Army Corps of Engineers and the Bonneville Power Administration might this time propose to do what it takes to preserve Idahos wild salmon. That might include alternatives such as increasing the amount of water spilled over the dams to aid migrating fish. Or it might mean drawing down one or more reservoirs on the Columbia and Snake rivers.

What Olsen and his members fear the most is the possibility that breaching the four dams on the lower Snake River could be the alternative the review now under way says is reasonable and prudent.

Read the full article at the Idaho Statesman here.