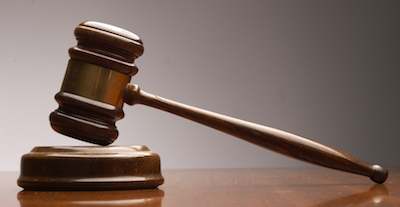 Saying that the five-year timeline to complete a National Environmental Policy Act process for the federal Columbia River power system’s impact on salmon and steelhead is aggressive, federal agencies this week also said they would continue to target completion of the process -- which includes an environmental impact statement -- with a record of decision by September 24, 2021.

A filing in Oregon U.S. District Court October 30 is the first court- required update since the agencies in September completed the scoping part of the five-year process.

A NEPA process was a requirement in the May 2016 remand by federal Judge Michael H. Simon of the 2014 NOAA biological opinion for Endangered Species Act-listed salmon and steelhead in the Columbia/Snake river basin affected by federal dams and reservoirs.

In the July 6, 2016 Order of Remand, the court ordered the federal defendants – the U.S. Army Corps of Engineers, the Bonneville Power Administration and the U.S. Bureau of Reclamation – to file a status report of progress toward a completed NEPA process by October 30, 2017.

“The process is presently on track with the five-year timeline proposed by Federal Defendants and adopted by the Court,” the court filing says. “However, the robust participation of the public and interested stakeholders, and the complexity of the issues raised during the scoping period, has confirmed that this timeline is aggressive. Nonetheless, the Federal Defendants continue to target completion of the NEPA process consistent with the schedule adopted by the Court.”

The status report, according to the court’s order, should address the appropriateness of the remaining schedule after the scoping process and how the agencies intend to integrate and coordinate the NEPA process with the Endangered Species Act Section 7 consultation on threatened and endangered salmon and steelhead in the Columbia River basin.

The 5-year process under NEPA to produce an EIS was put into motion by Simon in May 2016 when he remanded the latest 2014 NOAA Fisheries’ biological opinion governing river operations to protect salmon and steelhead throughout the Columbia River basin.

The operating agencies say in the update that they have been balancing compliance with the NEPA remand schedule with competing obligations, such as the court-ordered spill for fish injunction process, also ordered by Simon.

The request for injunctive relief for more spill by the National Wildlife Foundation and the State of Oregon, with the support of the Nez Perce Tribe in January 2017 was enjoined with the BiOp remand in May.

The groups asked the court to begin ordering spill to maximum total dissolved gas levels beginning April 3 this year and to continue for each year of the BiOp remand.

Simon agreed with the plaintiffs that spill earlier in the year at the dams would benefit ESA-listed salmon and steelhead, but held off on ordering that spill until 2018, saying it was “too rushed,” giving federal agencies time to plan for operational changes at the dams resulting from the earlier spill schedule.

For the NEPA scoping process, the federal agencies held 16 public meetings and two webinars across the region during public scoping where the public could ask questions in person and contribute their comments on what should be included in the EIS. They received over 400,000 comments.

“The three agencies acknowledge the effort extended by the public across the region, country, and internationally to provide the thoughtful and deliberate input summarized in this report,” according to the Columbia River Systems webpage at http://www.crso.info/. More information on the scoping results is at http://www.crso.info/eis.html.

In addition to the public, 16 federal, state and tribal entities were invited to participate in comments.

With the scoping meetings and comment period, the agencies completed step two of the $40 million process that began in September 2016. The step-by-step process is scoping, developing alternatives for evaluation, analysis of the alternatives, a draft EIS (2020), public comment, review and synthesis of the draft EIS, preparing a final EIS with preferred alternative, a final EIS and a Record of Decision.

In the update, the agencies laid out their schedule, the same schedule outlined in July 2016 Order of Remand:

The agencies also identified the method and a schedule of how they will work with fish and wildlife agencies to integrate the NEPA process with a new BiOp process.

That process by court order includes a BiOp that must be completed by NOAA Fisheries by December 31, 2018.

A second BiOp will coincide with the completion of the NEPA process in 2021.

The federal agencies say in the update that they will be engaged in consultation with NOAA Fisheries and the U.S. Fish and Wildlife Service throughout the NEPA process, especially as they develop alternatives for consideration in the draft EIS.

Once the draft EIS is published and is out for public comment, the agencies will initiate formal consultation with NOAA Fisheries.

That, they say, will result in a biological opinion and a record of decision in 2021.

“In short, while still in the early stages, Federal Defendants are confident that the rigorous, comprehensive, and inclusive NEPA process they have initiated is progressing towards Federal Defendants’ ultimate goal: the identification of a long-term strategy for the operation and configuration of the Federal Columbia River Power System that complies with all applicable laws, including NEPA and the ESA.”