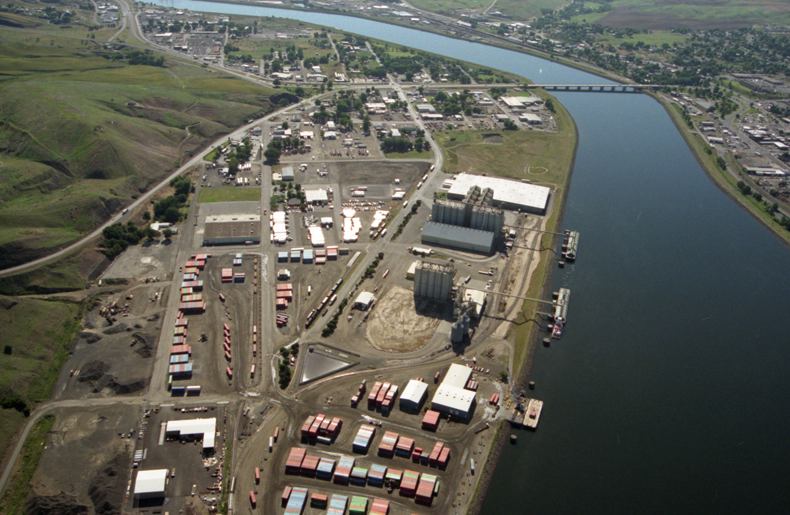 The potential for “substantial and irreparable harm to Pacific lamprey and listed salmon and steelhead from dredging” outweighs the benefits that a navigation channel clearing operation might bring, according to plaintiffs seeking a federal court order to stop a planned U.S. Army Corps of Engineers project.

Under legal precedent, getting a preliminary injunction to stop the planned dredging requires that the conservation groups and Nez Perce Tribe show that irreparable harm will result without a court action, and that challenges to the federal dredging/sediment management plans approved by the Corps earlier this year have legal merit.

“Plaintiffs have demonstrated they are likely to succeed on their claims that the U.S. Army Corps of Engineers’ last-minute proposal to dredge the Lower Snake River violated the National Environmental Policy Act and Clean Water Act by failing to consider alternatives to dredging and by failing to take a hard look at the environmental and economic effects of its actions,” according to a brief filed Dec. 19 by the plaintiffs.

The dredging cleanout of the federal navigation channel near the confluence of the Snake and Clearwater rivers is scheduled to begin in early January.

Arguments during the in-court pursuit of a preliminary injunction to halt this year’s planned dredging have see-sawed, with the Corps and port and shipping supporters describing claims of harm to fish by the conservation groups and tribe as “speculative” and unlikely to happen, while the plaintiffs say that the environmental harm is real and potential economic harm from delaying the dredging project is exaggerated by the defendants.

“While economic harms are not to be dismissed out of hand, loss of revenues does not outweigh a strong probability of irreparable environmental injury,” according to the Dec. 19 brief filed by the plaintiffs. “Under these circumstances, there is no basis to conclude that a further delay in channel maintenance will have more than marginal, short-lived economic consequences.”

The request for a preliminary injunction aims to stop the dredging project, which is ticketed for $6.7 million in federal funding during the 2014-2015 in-river work window. The planned clearing of a clogged navigation channel in the lower Snake River is intended to address an “immediate need” identified in a recently completed National Environmental Policy Act environmental impact statement.

The Inland Port and Navigation Group and the Snake River Irrigators Association have intervened in the proceedings in support of the Corps decisions, and in opposition to the request for a preliminary injunction.

Federal attorneys, in a response filed Dec. 15, said that “Plaintiffs present only a speculative harm to Pacific lamprey and fail to raise even a serious question going to the merits of their claims.”

“Granting the motion, by contrast, would leave the channel at dimensions other than those specified by Congress and continue to present a harm to navigational safety,” the federal response says.

The court has scheduled oral argument regarding the preliminary injunction request on Monday, Jan. 5 at the U.S. District Court for Western Washington located in Seattle.

A Nov. 26 request for a preliminary injunction filed for Idaho Rivers United, Pacific Federation of Fishermen’s Associations, Institute of Fisheries Resources, Washington Wildlife Federation, Sierra Club and Friends of the Clearwater and the Nez Perce Tribe, asked the court to require the Corps to comply with the National Environmental Policy Act and the Clean Water Act before it takes any action.

On Dec 12, the Corps issued a notice to proceed to its dredging contractor. The Corps says the contractor will need approximately 30 days to mobilize for the project, and dredging is anticipated to begin on about Jan. 12. The timing for the dredging is driven by an in-water work window of Dec. 15 to March 1, when salmonids are less likely to be present. Salmon and steelhead, as well as lamprey, migrate up and down the river system, and spawn and rear in the Columbia and Snake and their tributaries.

The documents filed by the conservation groups and Nez Perce Tribes say that that little economic harm will be incurred if the court, via a preliminary injunction, delays the dredging plan.

“In sum, the only harm that may result from delayed channel maintenance is that: a) grain barges take somewhat longer to load, may need to be light-loaded during some flow conditions, and must be operated with greater care; and b) some cruise ships may need to continue using a different terminal in Clarkston because of reduced depth at one dock or otherwise alter their operations.

“Navigation is not an all-or-nothing proposition -- many of these alleged effects can be mitigated through coordination, light-loading, and other operational changes; navigation will not cease if dredging is delayed or prevented.

“Indeed, it is not even clear that continuing light-loading or other mitigation measures would have a measurable impact on transportation,” the conservation groups Dec. 19 filing says.