CBB: Heading Into Summer Water Supply Forecasts Across Basin Above Normal; One Of Wettest Years 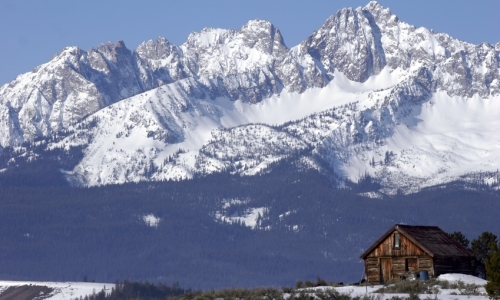 No matter the location in the Columbia and Snake river basins, as the region heads into summer, forecasts for water supply are all above normal, driven by higher than normal precipitation and snowfall during the 2016-17 water year.

Overall precipitation across the basin since October 2016 has put the water year as the eighth wettest in a 57-year record.

And the January to July water supply forecast at The Dalles Dam on the mainstem Columbia River was the fifth wettest on record at 139 percent of normal, although that has dropped slightly in the April to August forecast to 127 percent of normal with a forecast of 111.123 million acre feet.

“The take-home message is that this year we’re ranking in the highest number of wet years, ever,” Doug Baus of the U.S. Army Corps of Engineers told the interagency Technical Management Team at its first meeting in three weeks Wednesday, May 10.

Even if below record levels, all of the Columbia River basin’s storage dams are forecasted to have above normal water supplies this year, according to the May water supply forecasts posted to the Corps’ website May 3 (http://www.nwd-wc.usace.army.mil/tmt/documents/WSF/WSF_WY17_05.pdf).

The April to July water volume forecast for Hungry Horse Dam, according to Mary Mellema of the U.S. Bureau of Reclamation, which operates the dam, is 1.878 million acre feet, 119 percent of normal. The dam is on the South Fork of the Flathead River in Montana.

On the Snake River at Lower Granite Dam, the upstream dam of the four lower Snake dams, the water supply forecast, April to July, is 29.118 MAF, 147 percent of normal.

Libby Dam is 8.190 MAF, April to August, 139 percent of normal. Libby is located on the Kootenai River in Montana.

A water supply of 2.941 MAF, 121 percent of normal, April to July, is expected at Dworshak Dam on the North Fork of the Clearwater River in Idaho.

Grand Coulee Dam on the upper Columbia River in Washington is expected to have a water supply, April to August, of 68.159 MAF, 120 percent of normal.

The water supply forecast, April to August, at Albeni Falls Dam on the Pend Oreille River in Idaho is 16 MAF, 130 percent of normal.

Precipitation in the Willamette River basin upstream of Portland was 138 percent of normal.

Water Year Precipitation Tables for water year October 1, 2016 through May 9, 2017 are at https://www.nwrfc.noaa.gov/water_supply/wy_summary/wy_summary.php?tab=4.

The water in the basin, both rain and the melting of lower level and some higher level snow, is resulting in significant flows and spill that is causing high total dissolved gas in the tailraces of Northwest dams (http://www.nwd-wc.usace.army.mil/ftppub/water_quality/spill/201705.html).

Spill is generally capped when total dissolved gas exceeds 115 percent to 120 percent, but with the high flows, spill over the gas cap is unavoidable this year.

The 24-hour average flow at Little Goose Dam on the lower Snake River was 165,000 cubic feet per second this week on Tuesday, May 9. Some 79.7 percent of the flow, or 131.4 kcfs, was from spill, which created a TDG in the dam’s tailwater of around 128 percent.

The 6 to 10 day forecast is for continued below average temperatures, but with near normal precipitation, Baus said. Looking out over 30 days, however, there is an equal chance of normal or above normal temperature and rainfall (https://www.nwrfc.noaa.gov/climate/climate_fcst.cgi).