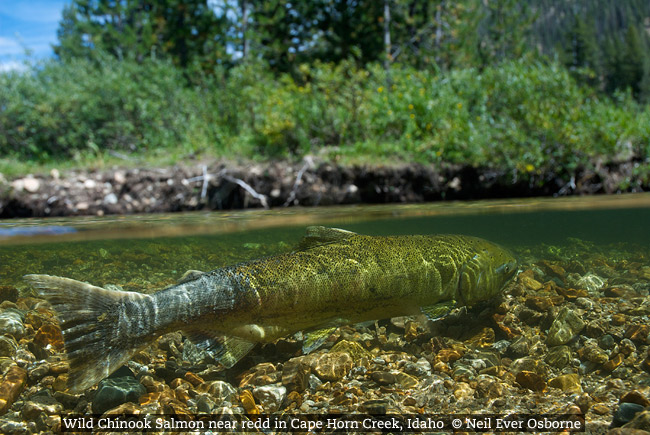 A week after federal agencies said they could complete the NEPA process in five years, not the two years given by U.S. District Court Judge Michael H. Simon to complete both a new recovery plan for protected Columbia/Snake River salmon and steelhead and associated National Environmental Policy Act documents, plaintiffs in the case said the federal plan takes too long.

The federal agencies – the U.S. Army Corps of Engineers, the Bureau of Reclamation and the Bonneville Power Administration – had said in June 3 court briefs that the NEPA process needs at least five years if they are to do it right.

However, the National Wildlife Federation, the State of Oregon and the Nez Perce Tribe in their joint brief of June 17 says the federal agencies five-year timeline fails to reflect an urgency for fish listed under the federal Endangered Species Act. Their proposal is to complete the combined recovery plan and the NEPA documents by December 31, 2018, the date “on which the agencies indicate the current, illegal BiOp will expire,” the brief said.

The defendants’ (federal agencies) opening brief “fails to acknowledge or address the fact that the FCRPS has been operating in violation of the law since at least December of 2000 and, under its current configuration and operation, the system is failing to avoid jeopardy to ESA-listed salmon and steelhead. The lethal conditions these fish faced in 2015 only underscore the urgency of this problem.”

Simon had rejected May 4 much of NOAA Fisheries’ 2014 biological opinion for salmon and steelhead impacted by the Federal Columbia River Power System. In his opinion, he said the rejected BiOp “continues down the same well-worn and legally insufficient path” followed by previous recovery plans over the past 20 years.

He said that the current BiOp’s standard of “trending toward recovery” is insufficient to ensure recovery, that habitat improvement benefits are uncertain, that NOAA Fisheries’ assessment of climate change impacts on recovery do not use the best available science, and that the U.S. Army Corps of Engineers and the Bureau of Reclamation must comply with NEPA and assess all reasonable and prudent alternatives (RPAs), including one that federal agencies seem to be avoiding, breeching lower Snake River dams.

Simon held that the federal agencies had failed by not preparing any environmental impact statements that would support the 2014 BiOp and its RPAs. If that had been done, according to the judge’s BiOp decision, the EIS may have allowed, even encouraged, “new and innovative solutions to be developed and discussed. The federal agencies, the public, and our public officials will then be in a better position to evaluate the costs and benefits of various alternatives and to make important decisions.”

As was required by the Court, the defendants June 3 filed a plan to complete the EIS, but instead of two years, they said it was not possible to complete unless it was given five years.

Plaintiffs disagree and offered their own plan in court documents June 17 that would require just a few months more than two years.

The lengthy proposed schedule proposed by the federal defendants fails to offer an expeditious path to complying with both NEPA and the ESA, the plaintiffs said, adding that the longer the defendants take to complete these analyses, the longer the species will remain at risk.

“Rather than address this situation, Federal Defendants base their proposed schedule for preparing a programmatic EIS largely on EISs prepared on the agencies’ own time line, not under a court order following repeated violations of the law and continuing high risk to
ESA-listed species,” the brief says. “Their approach could postpone compliance with the environmental laws that govern FCRPS operations for a total of more than 20 years.”

They said that other agencies – NOAA Fisheries and the U.S. Fish and Wildlife Service – have completed a NEPA analysis within one year when they have been under a court order to do so and that the timeline to complete the NEPA work should be on the court’s schedule, not the federal agencies’ schedule.

“This combined assertion of unique expertise beyond the ability of the Court to assess, and an implied threat of failure if the Court tries, is unwarranted and incorrect,” the brief said.

“(T)heir effort to comply with the law should be undertaken with an urgency commensurate to the scale of the problem they have created,” the brief said.

And, the brief said, it appears the defendants, by extending the processes (biological opinion and NEPA) by three more years puts the final product beyond the 2018 requirement to complete a new BiOp, committing the same violations for which Judge Simon has put them on the carpet.

The federal agencies can and should run concurrent BiOp and NEPA processes and the court should hold the agencies to the two year limit, the plaintiffs said.

They offered an alternative schedule to the one proposed by the federal agencies with a completion date of December 31, 2018. The steps include:

Scoping – Federal agencies, the brief said, have not provided an adequate reason that they couldn’t publish a scoping notice in the Federal Register by Sept. 30, 2016, with a 90 day public comment period, completing the scoping process by Jan. 1, 2017.

The federal agencies in their June 3 brief said the Scoping process would take one year.

Draft Environmental Impact Statement -- The draft EIS will need to articulate and evaluate the impacts of a range of reasonable alternatives for operating the FCRPS in a way that avoids jeopardy to ESA-listed salmon and steelhead and otherwise complies with all applicable laws, the brief said.

For much of this work, the brief said, the government has existing studies as a starting point and does not need to start from scratch.

This is the most time-consuming step in the NEPA process, so the agencies may need almost seventeen months, or until November 30, 2017 – to prepare and publish the draft.

The federal agencies said this part of the process would take two-and-one-half years.

The plaintiffs believe the agencies should also begin to prepare a draft BiOp concurrently with this process so that it is ready for review when the draft EIS is ready. Those documents would be followed by a 90 day comment period.

Final EIS – After the close of comment on the draft EIS, the agencies will need to review the comments and prepare a final EIS. “The release of a Final EIS should be closely contemporaneous with release of a new BiOp,” the brief said. Plaintiffs give NOAA and the action agencies until Dec. 31, 2018 to complete the process.

Federal agencies said the final EIS will take about one year following publication of the draft EIS.

The formal Record of Decisions on both documents would take another 30 to 60 days, they plaintiffs said.

“In short, NWF, Oregon, and the Nez Perce Tribe urge the Court to adopt the schedule set out above, or one that is even shorter, for compliance by Federal Defendants with both NEPA and the ESA,” the brief concludes.