Watching Our Waterways: Orca tracking project comes to an end for now 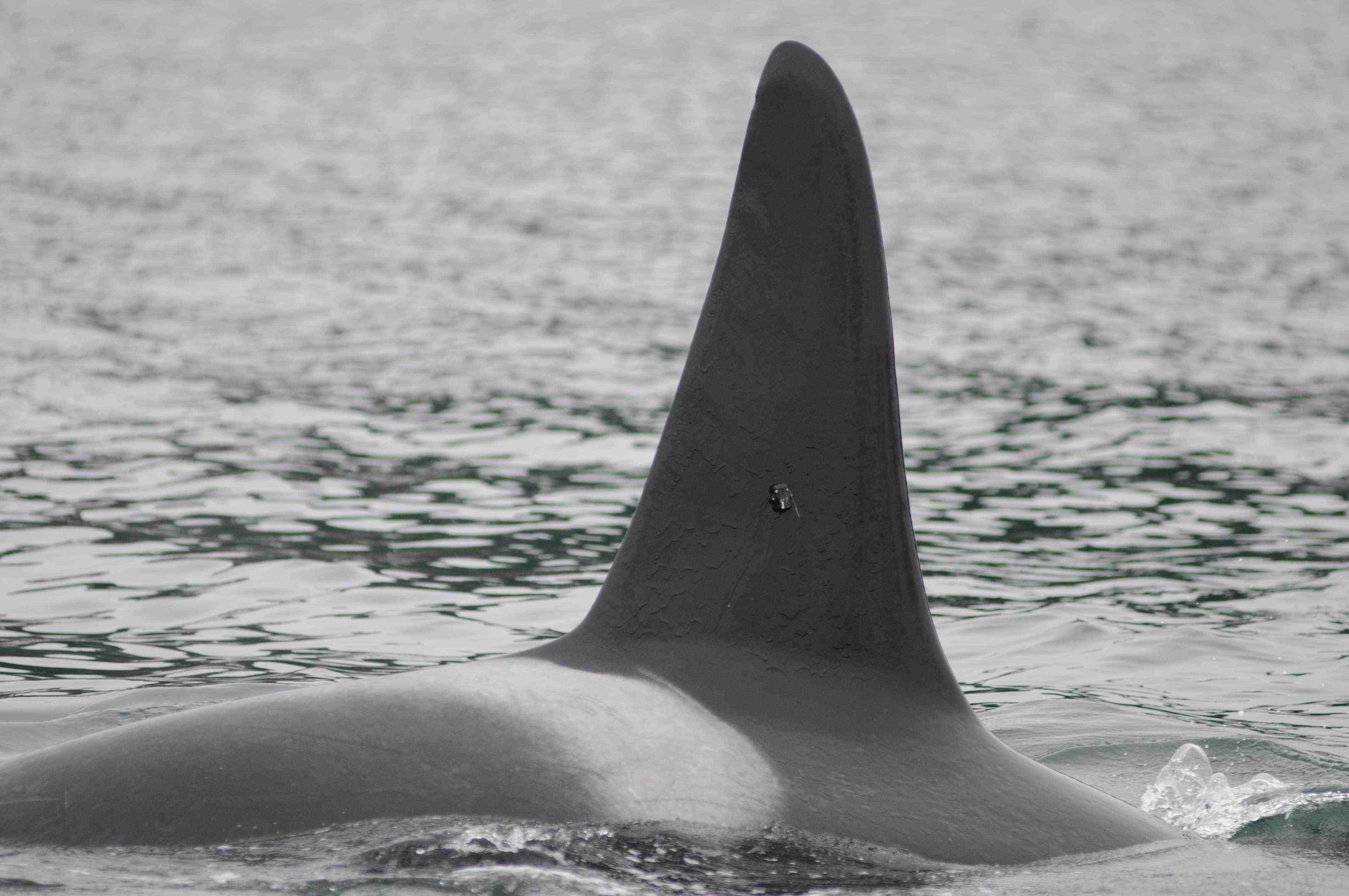 A research project that involved tracking the travels of K pod for more than three months in the Pacific Ocean apparently has ended, as the transmitter seems to have run out of battery power, according to research biologist Brad Hanson.

“This has been a phenomenal deployment,” Brad told me yesterday after it appeared he had logged the final transmission from K-25. “It has been a quantum leap forward for us in terms of understanding what is going on.”

K-25 is a 22-year-old male orca who was implanted with a satellite tag on Dec. 29. The battery was expected to last for 32,000 transmissions, and it actually reached about 35,000, said Hanson of NOAA’s Northwest Fisheries Science Center. No data arrived yesterday during the normal transmission period.

The three months of satellite tracking data will be combined with fecal and prey samples from a 10-day research cruise to serve up a wealth of information about where the Southern Resident killer whales go and what they eat during the early part of the year, Brad said. Until now, this has been a major blank spot in the understanding of these whales, he noted.

The information gathered over the past three months should prove valuable in management efforts to protect and restore these orcas, which are familiar to human residents of the Puget Sound region. After the data are analyzed, federal officials should be able to say whether they have enough information to expand “critical habitat” into coastal areas for the endangered killer whales. If not, we should know what additional information may be required.

Brad says he feels a high level of anticipation from his fellow killer whale experts who are eager to learn of the research findings, especially the results of what the whales are eating.
“We have a tremendous amount of data, and we’re trying to push it through as quickly as we can,” he said.

Brad says he won’t release the findings until the analysis is further along. But he did dangle this intriguing tidbit in front of me: The whales are NOT eating chinook salmon exclusively.
The tracking project has another benefit, Hanson said. It will bring new meaning to more than three years of acoustic data (recorded sounds) picked up by hydrophones dispersed along the Washington Coast. Until now, it was not possible to determine the locations of the whales from their sounds alone, because the sounds could be picked up from many miles away. Now, thanks to tracking data, the intensities of their calls and echolocation clicks can be correlated with distance to a greater extent. Researchers are developing a computer model to identify possible locations from as much as seven years of hydrophone data in some places.

The tracking project began on Dec. 29, when K-25, named Scoter, was darted with a satellite tag near Southworth in Kitsap County. K-25 and presumably the rest of K pod then moved out into the ocean. Check out the tracks on NOAA’s satellite tagging website.

“We were extremely lucky to get that tag at the end of the season,” Hanson said.

It was K pod’s last trip into Puget Sound for several months, he noted, and it is a real challenge to get close enough to dart a killer whale, especially when only certain ones are candidates for the tag.

By Jan. 13, the whales had reached Northern California, where they continued south, then turned around at Point Reyes north of San Francisco Bay. They continued to wander up and down the West Coast, including Northern California, into early March. After that, they began to stay mainly off the Washington Coast with trips into northern Oregon. They seemed to focus much of their attention near the Columbia River, where early runs of salmon may be mingling.

The research cruise, originally scheduled for three weeks, ran from March 1 to March 10, cut short by the federal budget sequestration. By following the whales, researchers were able to collect 24 samples of prey (scales and/or tissues of fish) plus 21 fecal samples from the whales themselves. Shortly before the cruise, K pod met up with L pod, probably off the Washington Coast.

The ability to track the whales and the fortune of decent weather were major factors in the success of the research cruise, Brad said. In contrast, several previous cruises had netted only two prey samples and no fecal samples.

“We are ecstatic about the amount of data we collected in such a short period of time,” Brad told me. “If we would have had 21 days instead of 10, just think what we could have done.”
Tagging the whales with a dart, which penetrates the skin, has been controversial among whale observers. Some contend that we already know that the whales spend time in the Pacific Ocean, and maybe that’s enough.

But Brad says many detailed findings from the past three months were never known before — such as how much time the whales spend off the continental shelf and how much time they spend in and around canyons at the edge of the shelf.

The sampling of fish scales and fish tissues should reveal not only the species of fish, but also specific stocks of salmon as well as their age, Brad said.

The cruise also collected all kinds of information about the ecosystem, ranging from ocean depths to zooplankton to the kinds of birds seen in the area. All that information will feed into a description of the essential habitat the whales need during their winter travels.

During the cruise, another whale, L-88, a 20-year-old male named Wave Walker, was tagged as an “insurance policy” to allow the whales to be tracked if K-25′s transmitter failed. A shorter dart was used on L-88, and the tag apparently fell off about a week later.

The ocean environment is very different from Puget Sound, where the habits of the whales are well known, Brad explained. In the San Juan Islands, groups of whales are rarely far apart compared to the scale of the ocean, he noted.

In the ocean, the orcas were generally grouped up during resting periods. Sometimes Ks and Ls were together; other times they were apart. When they were foraging, however, the individual animals might be spread out for miles.

Brad said he expects to put the new information into some kind of agency report, probably followed by a peer-reviewed journal article.

“We have put a lot of time and effort to get to this point,” he said, adding that the researchers feel a sense of accomplishment now that the effort has paid off.