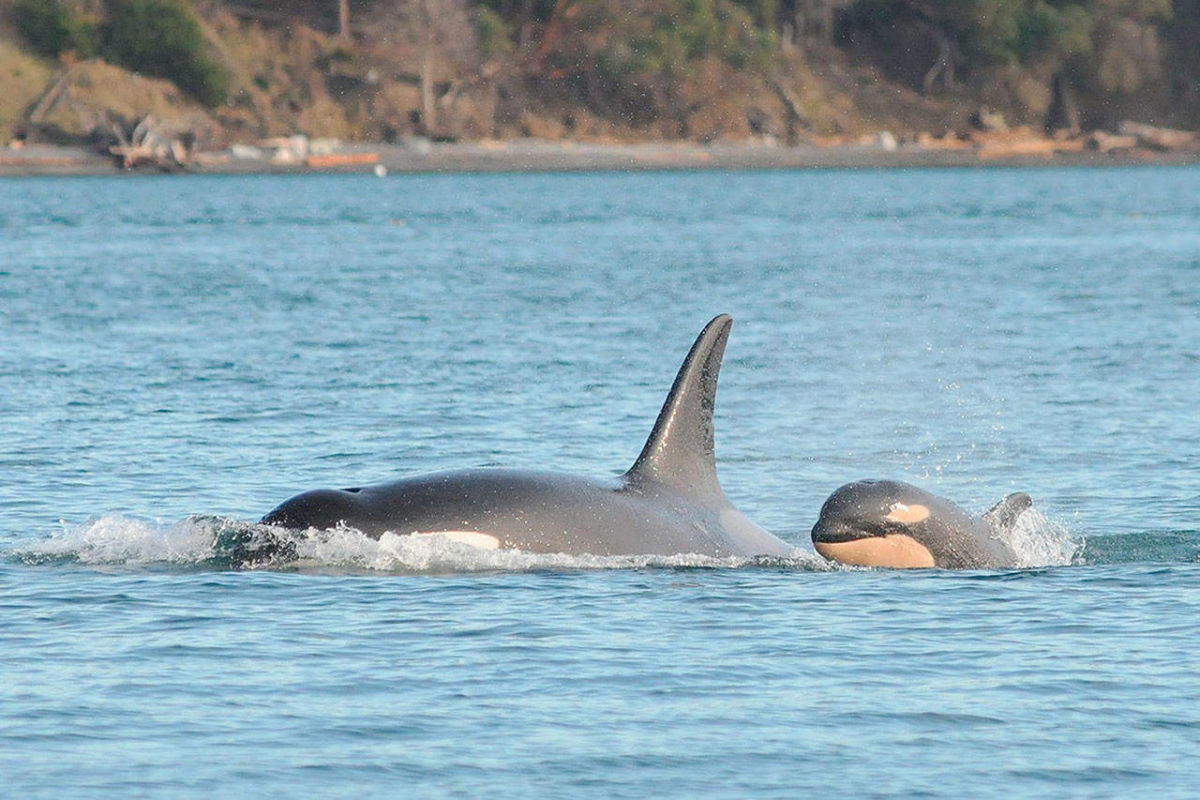 Two-thirds of pregnancies in the Southern Resident population, from 2007 to 2014, appeared to have failed, according to a multi-year study by the University of Washington published in the journal PLOS ONE. The data connects the endangered orca population’s low reproductive success to stress from the low abundance of their most nutrient-rich food source, Chinook salmon.

Of the 35 pregnancies in the seven-year time span, only 11 were successful.

“That’s drastic,” Howard Garrett, co-founder of the Langley-based Orca Network, said. “We didn’t have that number until now.”

Garrett said the study corroborates “from a completely different angle” that a lack of salmon is causing the population to decline, while also stunting the orca whales’ recovery process. Less salmon directly damages reproductive success, while nutritional stress leads to the release of toxins that is normally absorbed in the whales’ fatty tissues when they are properly fed, Garrett said.

“The Chinook are the key — they’re the pivot that it all revolves around,” Garrett said.

It was also troubling to Garrett that one-third of the failed pregnancies occurred late in the gestation period, meaning the mothers invested ample time and energy into the calves. Pregnancies are typically 17 months, Garrett said.

“It’s a tremendous loss,” Garrett said. “It weakens the mother and sets back their ability to start over.”

These setbacks could also further weaken the population, said Garrett, as the mothers are at a higher risk of infection or other complications. There are 79 individuals in the L, J and K pods as of Jan. 2017, including Lolita, which is confined at the Miami Seaquarium.

The study was conducted by researchers from the university’s Center for Conservation Biology, as well as the National Oceanic and Atmospheric Administration’s Northwest Fisheries Science Center and the Center for Whale Research. Researchers measured key physiological and sex hormones in orca fecal samples, or scat. They also used orca DNA extracted from the scat to identify the individual whales.

Dogs trained to sniff out floating orca scat from the bow of research boats trailed Southern Resident pods and could detect the scat from up to one nautical mile away.

Researchers could glean hormone progesterone and testosterone levels from the scat and also differentiate between stress due to poor nutrition and stress due to external responses, such as boat traffic in the Salish Sea, for example. They could also determine how far along the pregnant female was in the gestation period.

The pregnancies likely ended in spontaneous abortions, the study said.

Findings from the study are also said to have helped resolve a debate about which three environmental stresses are most responsible for the population decline: food supply, pollutants and boat traffic. Sam Wasser, a professor of biology at the University of Washington and director of the Center for Conservation Biology, said in a University of Washington news release that a lack of salmon is now determined as the foremost cause for low reproductive success among the Southern Resident killer whales.

Southern Residents are unlike other transient orca populations because more than 95 percent of their diet consists of salmon, while other orcas feed on marine mammals. Chinook salmon is the Southern Residents’ go-to food source.

The research teams compared the whale’s hormone data to records of Chinook salmon runs in the Columbia and Fraser rivers, which contain the most Chinook in the Southern Residents’ range. When returns of salmon at the two watersheds were high, nutritional stress was low. But, it flipped when there were poor runs at either river and nutritional stress increased.

Garrett says efforts to restore salmon with culvert removals and estuary recoveries are helping, but the population decline will likely continue unless a drastic measure is taken. Garrett said the removal of the four Lower Snare River Dams would help immensely by adding as many as 1 million fish within five or 10 years. Garrett said the dams remain active largely due to sentimental reasons.

“It’s really an irrational and emotional attachment to those dams,” Garrett said. “The reasons given don’t hold up.”

Southern Resident sightings have been rather sparse this summer, said Garrett, at a time when they should be at their peaks. But, sightings of transient whales are through the roof. Multiple groups of transients, also known as Bigg’s Killer Whales, have been seen in the Puget Sound area more and that their presence has increased gradually for about 10 years.

Garrett said he hopes the Southern Residents will still come down Admiralty Inlet and be seen from Whidbey Island between October to December if the salmon are running in good numbers.