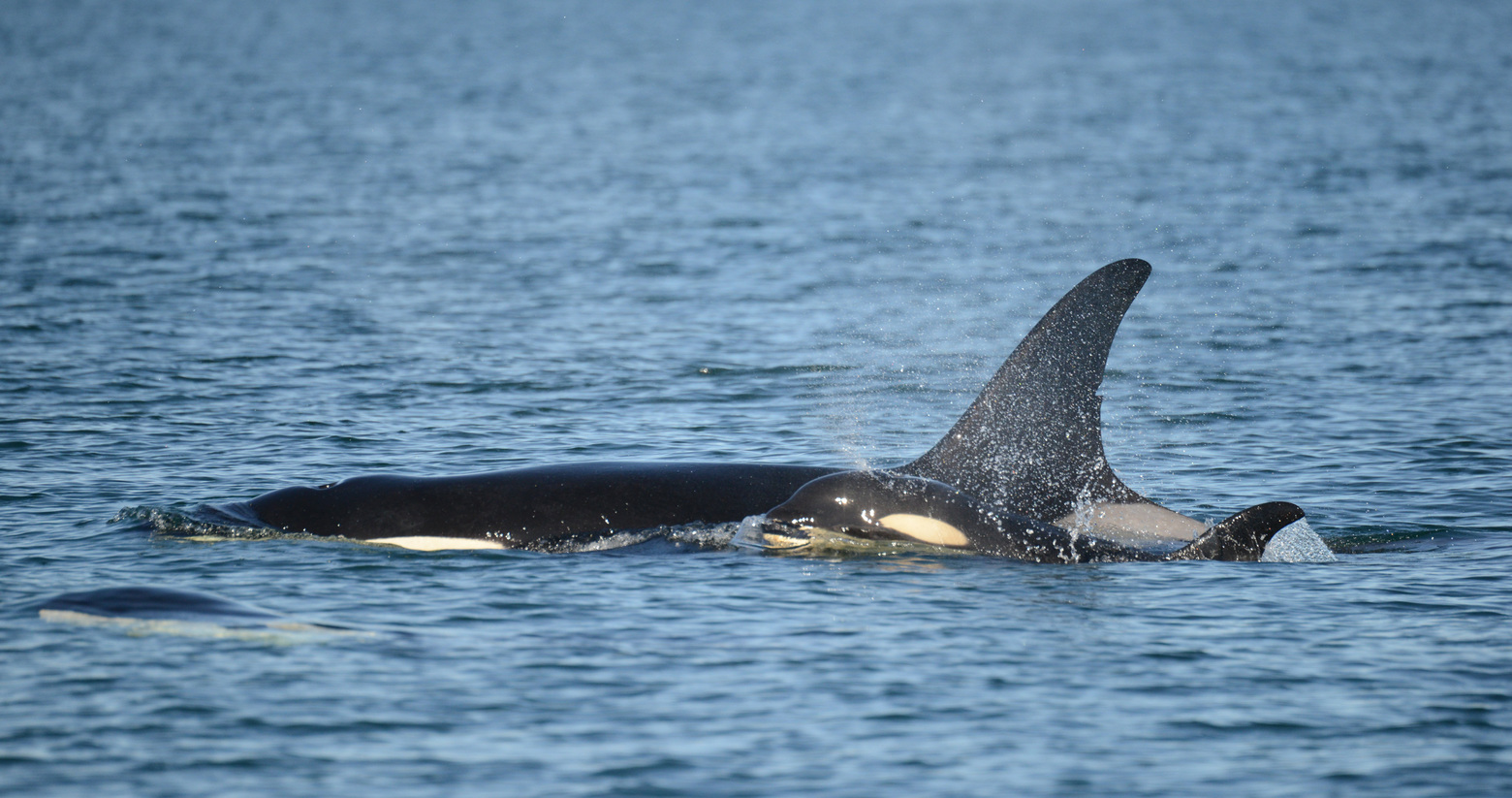 One of the most easily recognized of Puget Sound’s resident killer whales has died, and her young calf will almost certainly follow — if he hasn’t perished already, biologists said Friday.
The losses would bring the population of endangered southern resident orcas to 80, among the lowest levels in decades.

“We have seen virtually no growth in this population in 20 years despite large amounts of money spent to study and recover them,” Ken Balcomb, director of the Center for Whale Research on San Juan Island, wrote in an “obituary” for the two animals.

The mother whale, known as J28, was about 24 years old and in what should have been her prime breeding years. She was well-known to whale watchers because of a distinctive nick on her dorsal fin.

Photos over the past few months showed her becoming more and more emaciated, Balcomb said. By Oct. 19, she had disappeared from her family group. Her carcass has not been found, but biologists say she probably died in the Strait of Juan de Fuca earlier that week.

Photos showed his older sister and cousin attempting to support the young whale. Close-up shots show that his skin was scored by tooth marks, most likely incurred when his sister tried to push him to the surface to breathe.

“His mother had died a day or two earlier, and probably wasn’t providing enough milk even before that,” Garrett said. “He didn’t really stand a chance.”

The 7-year-old sister had also been catching and offering salmon to her little brother and mother for several months, but wasn’t able to provide enough food to sustain them, Balcomb said.

The southern resident whales, whose range includes Puget Sound, the Strait of Juan de Fuca and the waters around the San Juan Islands, experienced a recent baby boom that raised hopes the population might be on the upswing.

Nine calves were born between December 2014 and January 2016, the biggest number in more than 30 years. But three of those young whales have died, Balcomb said.

Mortality is always high for young killer whales, but Balcomb blames the population’s overall decline primarily on a reduction in the species’ main prey — chinook salmon.

A healthy population of whales would be producing five to 10 calves that live past infancy every year, Balcomb pointed out.

Brad Hanson, a marine mammal expert for the Northwest Fisheries Science Center in Seattle, said none of the other animals in J28’s pod, except for her calf, appeared emaciated. So it’s possible she had an underlying medical problem that contributed to her death.

Federal biologists are reviewing the status of the southern residents, which are not meeting recovery goals.

Whale advocates are pushing for removal or breaching of four dams on the lower Snake River, to boost struggling salmon populations. In May, a federal judge blasted federal agencies for failing to consider dam removal as a way to improve salmon runs. He sent the agencies back to the drawing board, with a March 1, 2018, deadline for a new approach.