From the desk of Howard Garrett, Director of Orca Network 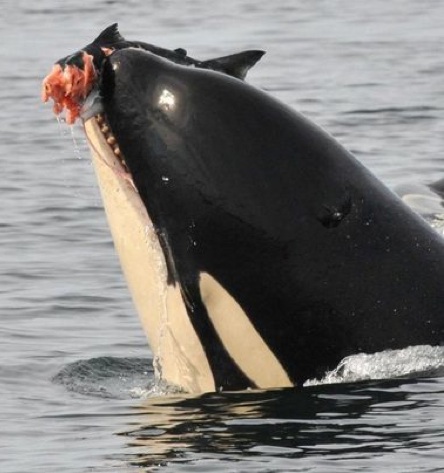 Thousands of years ago, when the ancestors of today’s Southern Resident orcas moved into the newly thawed Salish Sea, they learned they could depend almost entirely on chinook salmon for food. Then chinook  were plentiful, huge and packed with calories, not toxins.

Now chinook are smaller and far fewer, and though orcas scan every current and crevice for miles around, during times of scarcity they can’t find enough to sustain themselves, and some of them inevitably starve. By tradition, they share their fish with the youngest and oldest family members, raising mortalities among otherwise healthy adults.

By 2001 this extended orca family had dropped to just 78 members. Today there are but 80.

We have a chance to help this once robust population by revitalizing salmon habitat and protecting the remaining salmon runs. Of the many ways to help salmon survive, perhaps the most effective in the near-term is to increase spills over Columbia and Snake dams in the spring and summer to allow more smolts to arrive more quickly and safely to the ocean, increasing adults spawners in years to come – and prey for hungry southern resident killer whales.

With this letter to Washington State’s Governor Jay Inslee, we’re asking for his help make sure these endangered orcas can bring more generations back to the Salish Sea  to feast on chinook.