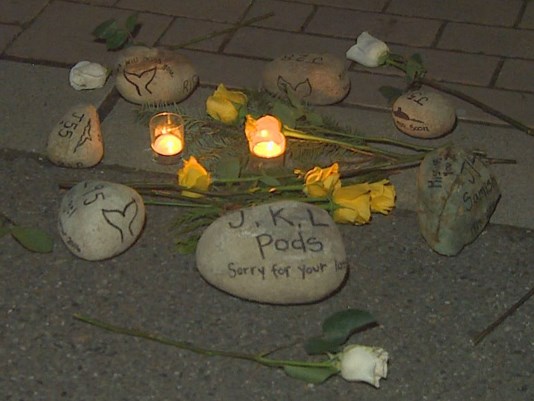 Three vigils across Puget Sound Tuesday night honored Southern Resident orcas as the number of whales has now dropped below 80.

After the death of J-34, recently found on the coast of British Columbia, there are only 79 Southern Residents known alive.

Four orcas in the J-pod and one orca in the L-pod died in 2016. The cause of death for J-14 is unknown. J-28 and her dependent calf J-54 also died of unknown causes, though the mother appeared emaciated before death. The necropsy for J-34 revealed the 18-year old male orca likely died of blunt force trauma caused by a boat. L-95 died due to a fungal infection likely caused by NOAA tagging.

Many whale advocates have made the Snake River dams a central point of policy efforts to save the orcas, claiming the dams have restricted Southern Resident food sources to a dire level. The whales are known mainly to eat Chinook salmon.

Others, however, are sounding the alarm that the rally cry to take down the dams is drawing attention away from daily opportunities to address issues, like toxins in Puget Sound and noise from vessels.

"I hope this death is a tipping point that gets everybody involved on all the issues that are impacting the whales. These whales are disappearing before our eyes, and I know for sure that everyone in this region loves the orcas," said Whale Trail founder Donna Sandstrom. "I know for sure no one wants these whales to disappear. We have to start dealing with all the issues that are impacting them." 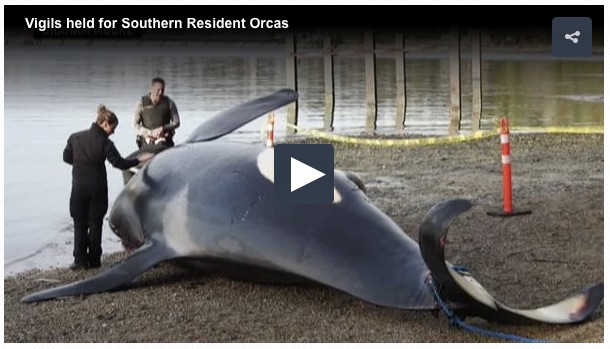