The Center for Whale Research says yet another orca calf has been spotted swimming with the southern resident killer whale population.

This is the seventh new calf born to the endangered population of cetaceans in the last 12 months.

The young orca was photographed in November, but due to poor visibility and unfavourable sea conditions, it took several weeks to confirm that there was indeed a new calf in L pod.

It has been designated L-123 and is believed to be the first offspring of 12-year-old orca L-103.
While researchers hope this year's apparent baby boom represents a turnaround for local killer whale populations, experts acknowledge baby orcas only have a 50 per cent survival rate. 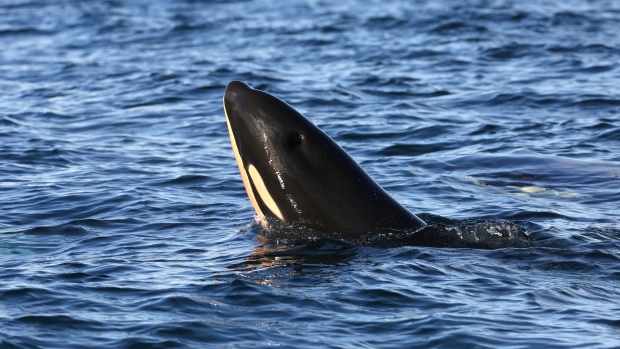