Paul Lumley: To manage the Columbia River, we need a new treaty for a new era (2) 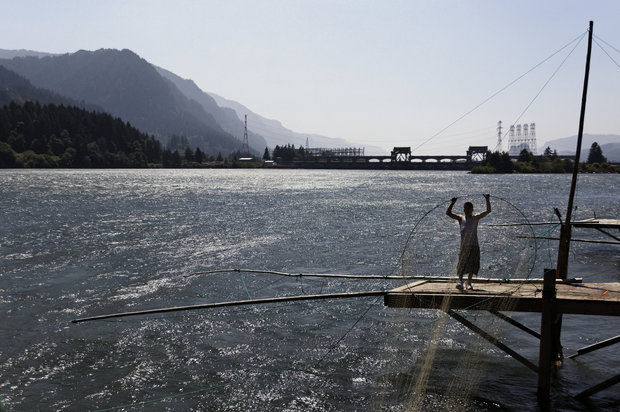 Oregonian Guest Opinion: To manage the Columbia River, we need a new treaty for a new era

The Columbia River Treaty between the United States and Canada has been a hybrid of fears and profits since its ratification in 1964. Narrowly designed for flood control and optimized hydropower production, the treaty has locked in 1960s priorities that do not reflect the modern values and considerations of our time.

Over the course of the half-century since the treaty was made, the region's measure of the Columbia River basin's benefits has evolved to encompass uses that extend beyond power production and aggressive flood control. Regional and national values, as reflected in laws such as the Endangered Species Act, have expanded to include healthy fish populations and healthy ecosystems. Ecological requirements are not included in the current treaty, but now is the time to move them into the limelight.

Before the treaty's 50-year control of the river gives way to a new era, a progressive regional recommendation must be put forth that reflects this evolution of societal values. A modernized treaty should provide equally for ecosystem requirements, hydropower operations and flood-risk management. Working through the treaty review process, the region must look beyond the narrow approach employed 50 years ago and take a broad look at what the river needs. Equal consideration of improved spring migration of salmon, seasonal flushing of the estuary, resident fish requirements and salmon passage at all historic locations are all needs of the Columbia River basin to include in a new treaty.

Let's move beyond our fears of flooding and begin a new conversation on flood-risk management. Flooding is a natural process that benefits the estuary and cannot always be prevented. The 1948 Vanport Flood, often used as a scare tactic to defend the current treaty, would not have been prevented even with the Columbia River Treaty dams in place. New approaches to flood-risk management can provide lower-river benefits without creating havoc in upriver reservoirs.

The Northwest region is scheduled to make a recommendation to the U.S. State Department by year's end on the future of the Columbia River Treaty. The U.S. and Canada will address several major issues, including the sharing of risks and benefits. The Columbia basin tribes will work to include river health as a regional benefit, not something to be negotiated away.

The United States has a monumental opportunity to do the right thing for the Columbia basin's fish populations. The tribes are steadfast in our belief that the Columbia basin ecosystem -- ignored 50 years ago -- must be incorporated this time around.

The salmon and other natural resources are depending on all of us as stewards of their future. Let's make sure that the next Columbia River Treaty is a treaty of our time and our values.