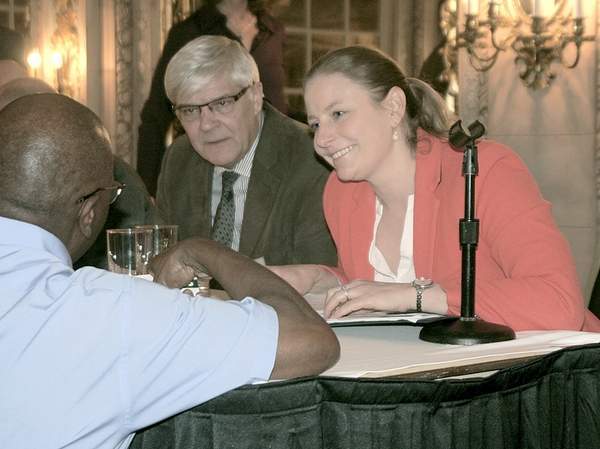 U.S. Columbia River Treaty Negotiator Jill Smail will lead a Town Hall on September 6, 2018, in Portland, Oregon on the modernization of the Columbia River Treaty regime. The Town Hall is free of charge, open to the public, and will take place at the Bonneville Power Administration’s Rates Hearing Room from 5:30 p.m. to 7:00 p.m. This Town Hall will follow the August 15–16 round of negotiations on the Treaty regime in British Columbia and take place in advance of the October 17–18 round of negotiations in Portland, Oregon. At the Town Hall, U.S. government representatives will provide a general overview of the negotiations and take questions from the public; feel free to send questions in advance to ColumbiaRiverTreaty@state.gov. For more information on the Town Hall, including call-in details, please see the Federal Register Notice.

The Columbia River Treaty is an international model for transboundary water cooperation. The 1964 Treaty’s flood risk and hydropower operations have provided substantial benefits to millions of people on both sides of the border. The Treaty also has facilitated additional benefits such as supporting the river’s ecosystem, irrigation, municipal water use, industrial use, navigation, and recreation. More information can be found on the Department’s Treaty website.

As the United States continues bilateral negotiations with Canada, our key objectives are guided by the U.S. Entity Regional Recommendation for the Future of the Columbia River Treaty after 2024, a consensus document published in 2013 after five years of consultations among the Tribes, states, stakeholders, public, and federal agencies. The U.S. negotiating team is led by the U.S. Department of State and comprises the Bonneville Power Administration, the U.S. Army Corps of Engineers Northwestern Division, the Department of the Interior, and the National Oceanic and Atmospheric Administration.