The Hill: A fresh look at the future of hydropower requires that we see clearly its past and present 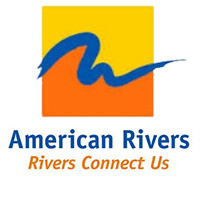 As society grapples with climate change and the challenge of decarbonizing the national energy grid, proponents increasingly hold up hydropower as an indispensable part of the solution, touting it as “clean, green energy.” They decry what they see as the unfair federal and state tax and regulatory advantages of wind and solar. In a recent editorial arguing for “a fresh look,” the National Hydropower Association declared that hydropower “isn’t being discussed as a clean energy solution by the environmental community” despite that it is dependable, renewable and “protects and preserves our natural ecosystems.” In fact, American Rivers and many others in the environmental community acknowledge hydropower’s potential role in a decarbonized energy future, but a fresh look at that potential requires a clear view of hydropower’s past and present.

The record of the hydropower industry on America’s rivers and streams is not one of protecting and preserving natural ecosystems. It is, in fact, exactly the opposite. In order for a river and all the natural and human communities that depend on it to thrive, it needs water to flow in the right amounts at the right time and temperature; it needs to be free of organic and man-made pollutants; it needs connectivity from headwaters to estuary; and it needs healthy habitats under its waters and along its banks. Dams, including hydroelectric dams, disrupt all of these with devastating results.

• Dams for hydro and water supply have so altered and disrupted the flow of the Colorado River that its natural hydrograph is turned upside down, converting a warm water desert river into an icy cold one, irreparably altering its ecosystem and driving native fishes to extinction.

• A hydroelectric project on the San Joaquin River in California diverts the flow of the river into a penstok, destroying nine miles of freshwater habitat.

• On the Klamath River in Oregon and California, a cascade of four hydropower dams has left the river choked with toxic algae, creating a health hazard. “No swimming” signs warn visitors to stay away from the water.

• In Idaho, only 17 sockeye salmon migrated up the Columbia and Snake Rivers to Idaho’s Redfish Lake this year – what’s left of a run that once numbered in the tens of thousands and supported a multi-million-dollar fishing industry. Hydroelectric dams have chopped the river system into a series of slow-moving reservoirs with a virtually impassable barrier at the end of each.

• The hydroelectric dams of the Tennessee Valley Authority have altered freshwater habitats across the Southeast, breaking migration patterns and disrupting spawning regimes for fish and mussels, devastating the most biologically diverse temperate freshwater ecosystems in the world.

Stories such as these are repeated across the country, from large rivers to small streams. The construction and operations of hydroelectric dams have taken a huge toll on America’s rivers. In the U.S. and globally, hydroelectric projects have displaced native communities, destroyed local economies, threatened public health, and devastated natural ecosystems.

Despite all of that, much of the existing hydropower capacity in the U.S. is here to stay, and wind and solar energy may not be enough to get us to a decarbonized future. It makes sense to ensure that existing and new hydro is part of the solution to the climate crisis, both as a renewable energy source in its own right and as a means of integrating wind and solar energy into the grid. But this can only be accomplished if the proponents of hydropower own up to hydro’s historic and potential future devastating impacts on rivers and water resources and take dramatic action to mitigate and reverse them.

For starters, the industry should stop its regular attempts to roll back laws and regulations that protect rivers and streams, such as its current efforts to reduce state and tribal oversight of hydropower projects under section 401 of the Clean Water Act. It should work with – not against - conservationists to ensure that the Federal Energy Regulatory Commission hydropower licensing process is robust and includes adequate environmental safeguards. It should abandon all efforts to build new facilities on undammed river reaches and instead take advantage of additional generating capacity available on existing dams that could be tapped by reoperation, updated equipment, new technologies, and by powering non-powered dams. It should evaluate its entire fleet to determine which facilities make economic sense in the new realities of the 21st century power grid and make plans for decommissioning and removing those that do not.

A tall order? Certainly. Doable? Absolutely. Examples that point the way to a new approach to reconciling hydropower production with healthy river ecosystems are already a reality. In 2012, I stood on the bank of Maine’s Penobscot River and watched as the Great Works Dam was breached. It was the beginning of a project that ultimately removed two hydropower dams and modified six others. The result: restored access to 1,000 miles of river habitat and a dramatic rebound of fish populations with virtually no change in the level of hydropower production.

But the Penobscot experience, while a great success, is only a small beginning. A tremendous amount remains to be done. Hydropower’s proponents must frankly acknowledge the past and act on the challenges of the present before hydropower can be fully embraced as a solution for the future.

Wm. Robert Irvin is president and CEO of American Rivers.