‘Nature can do most of the work for you’: Once-flooded Elwha land becomes forest 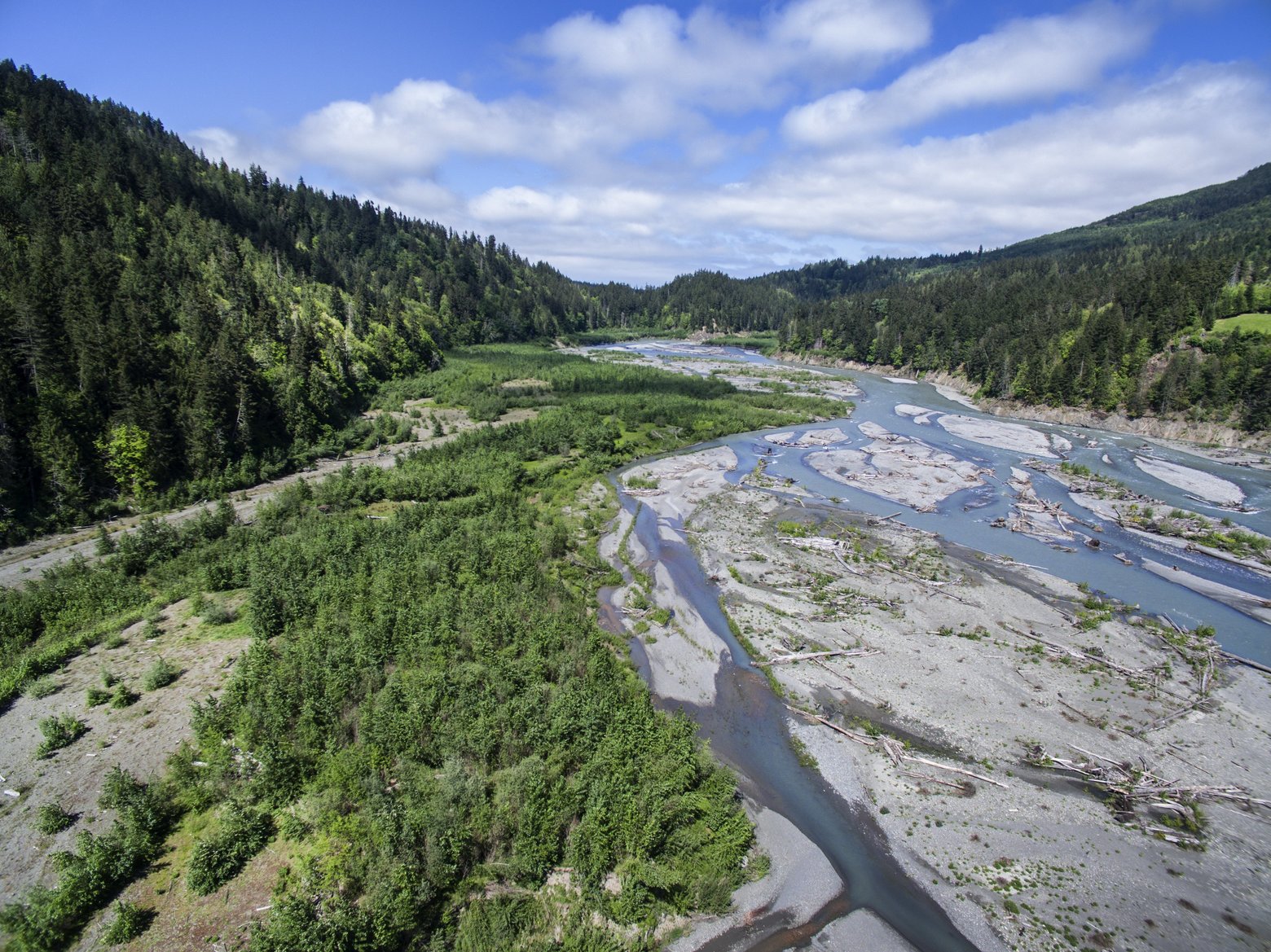 It is hard to believe that as recently as 2011 this very spot was underwater, drowned by the reservoir behind the Elwha Dam.

Now the site of the largest dam-removal project in the world, the Elwha is also home to a first-of-its-kind revegetation program, led by Chenoweth, for the National Park Service.

The mission was to return more than 600 acres of the former lake beds at Lake Aldwell and Lake Mills, impounded by the Elwha and Glines Canyon dams, to native forests.

And while it will be 100 years before a mature forest rises here, Chenoweth couldn’t be happier with the strong start the revegetation effort has given these former barren lake-bed sediments. As soon as dam removal began in 2011, the park service started a nearly $4 million replanting effort here. It was a plan intended from the start to cope with the uncertain situation of how the former lake beds would respond to planting.

With no top soil, no possible irrigation and only lake-bed sediments as much as 60 feet thick to work with, this was a task like none other. Chenoweth took a cautious approach, letting nature take the lead.

Instead of bombing the lake beds with seeds and stuffing them with plants, the revegetation plan was gradual, undertaken with an adaptive approach, letting natural seed from the surrounding forest take the lead in reforesting the edges closest to the woods.

The gradual drawdown of the lakes, to enable a slow release of sediment to the river, had a side benefit. Moisture retained in the sediments as the lakes gradually receded helped water seeds brought on the wind and waters of the lake as well as the plants and seeds Chenoweth and the revegetation team had planted.

The forests of cottonwood rising today all over the former reservoirs are the result of a cottonwood seed gradually distributed across the lake bed as the waters dropped.

Contrary to expectations that the trees would die as the waters dropped, their roots chased the moisture deeper and deeper into the sediments, and the trees shot up and vigorously colonized the former lake beds.

There were more surprises. Riverbank lupine seeds collected from nearby and broadcast over the lake beds sprouted spectacularly. Great clouds of purple flowers now in bloom all over the river banks are the result. A nitrogen-fixing plant that improves the soil wherever it grows, the lupine has enabled other plants to thrive.

Plants rooted most successfully in the fine material left by the river. The coarse cobble and gravel were a tougher challenge. Bare spots still lingering there are concerns for the future; managers will need to monitor those spots for weeds over time, Chenoweth noted.But elsewhere, strong, young forests have taken over, covering what were barren, blowing terraces of gray.

Replanting the area was important because vegetation prevents erosion. Closer to the river, it also shades the water, and a steady rain of leaf litter and other detritus feeds the tiny organisms in the water that feed everything else, including fish.

Of course the story here is still unfolding. “In terms of succession, that is a long process,” Chenoweth said. In all, 320,000 plants were put in the lake beds to boost natural revegetation — less than Chenoweth estimated would be needed because nature did much of the work, he said. The revegetation team, including many volunteers, also cast about 6,500 pounds of seeds on the lake beds.

The plant diversity that survived is rich, including conifers, shrubs, flowers and grasses. The most abundant of all won’t surprise anyone: horsetail, growing in soft, verdant swaths all over the landscape. It sprouted on its own.

Cedars, firs, willows, bitter cherry, thimbleberry, twinberry and so many more are all thriving here. The berries on the shrubs are drawing white-crowned sparrows, nesting in the young forest. Biodiversity is getting a reboot as the trees and shrubs thrive.

“I am walking away from this project happy,” said Chenoweth, with the planting all finished. The only thing left to do is write up his final report and scientific papers from the historic effort.

Already others have come here to observe the success of the project, including managers for a dam-removal project planned for the Klamath.
“We show them this, and they can see that it works,” Chenoweth said. It even cost less than projected, with about $3.8 million spent rather than the $4 million budgeted.

“Nature can do most of the work for you,” Chenoweth said. The biggest surprise in the replanting effort was how quickly the valley walls converted from lake to forest, mostly from natural-seed rain.

“It’s a show piece,” Chenoweth said, the young forest towering over his head.