Join Save Our wild Salmon for three Thursdays this fall - October 21st, November 4th, and November 18th - for our Wild Salmon Speaker Series. 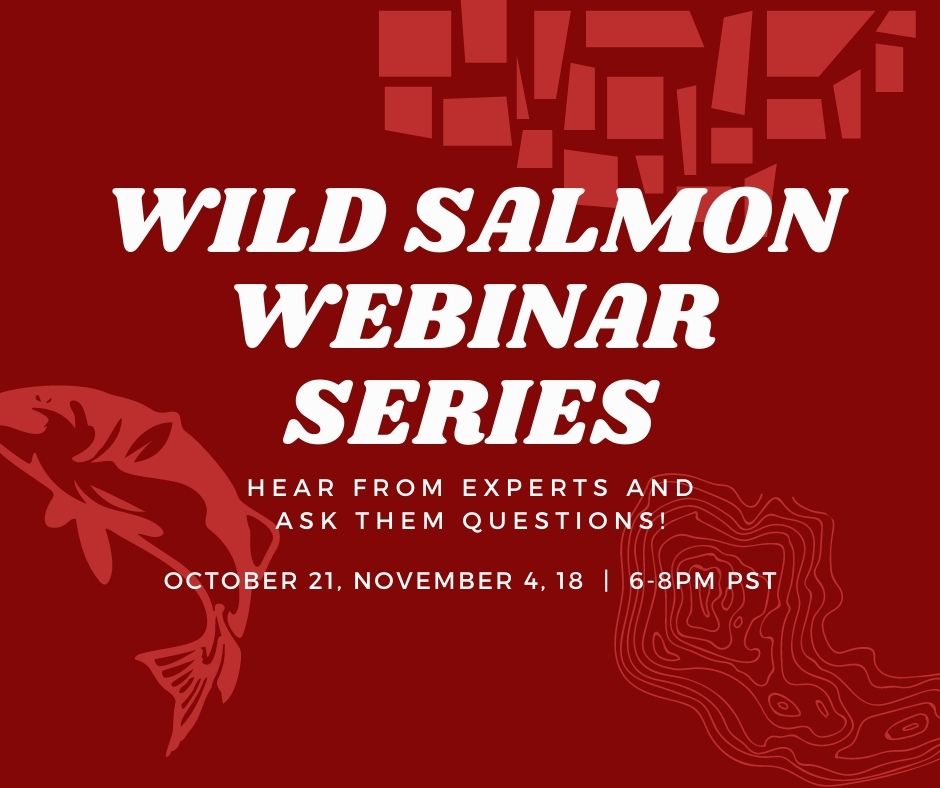 This year's fall online speaker/webinar series (via zoom) will feature in-depth conversations with experts and leaders to discuss different aspects of salmon and steelhead recovery efforts in the Pacific Northwest - with a focus on the Snake River Basin.

Join us on October 21st, November 4th, and November 18th from 6:00 to 8:00 pm PT to learn about the challenges, opportunities, and implications of restoring the lower Snake River and its endangered fish by removing four federal dams and replacing their services with alternatives. We'll explore ways we can work together to solve today's Snake and Columbia river salmon crisis in a manner that also ensures clean, reliable, and affordable energy and prosperous communities and cultures.

These conversations will all include audience Q&A and be moderated by SOS' Sam Mace and Joseph Bogaard. 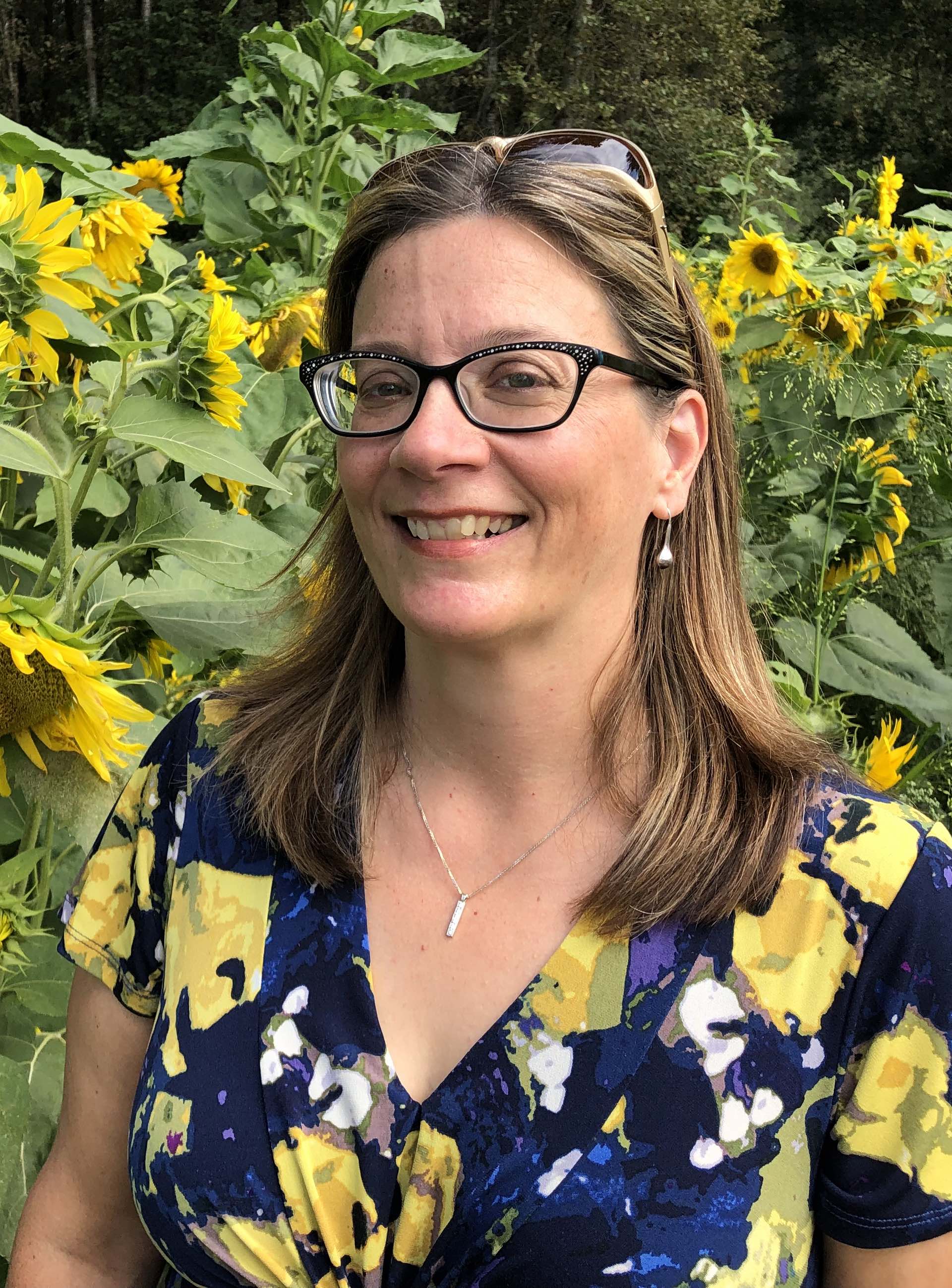 LeeAnne Beres is the Deputy Director for Operations at Washington Nonprofits. She has 30 years of experience in the nonprofit sector, including 16 years as Executive Director of Earth Ministry and as the Associate Director of Save Our wild Salmon and Outreach Director of the NW Energy Coalition. LeeAnne is a published author, has served on numerous nonprofit boards, and survived two years working as a biologist on commercial fishing boats in Alaska’s Bering Sea. She has a Master’s degree in Marine Fisheries Management from the University of Washington and a Bachelor’s degree in Biology from Whitman College. Outside of work, she is a passionate hockey fan and walks 3-5 miles daily with her dog, Bones. 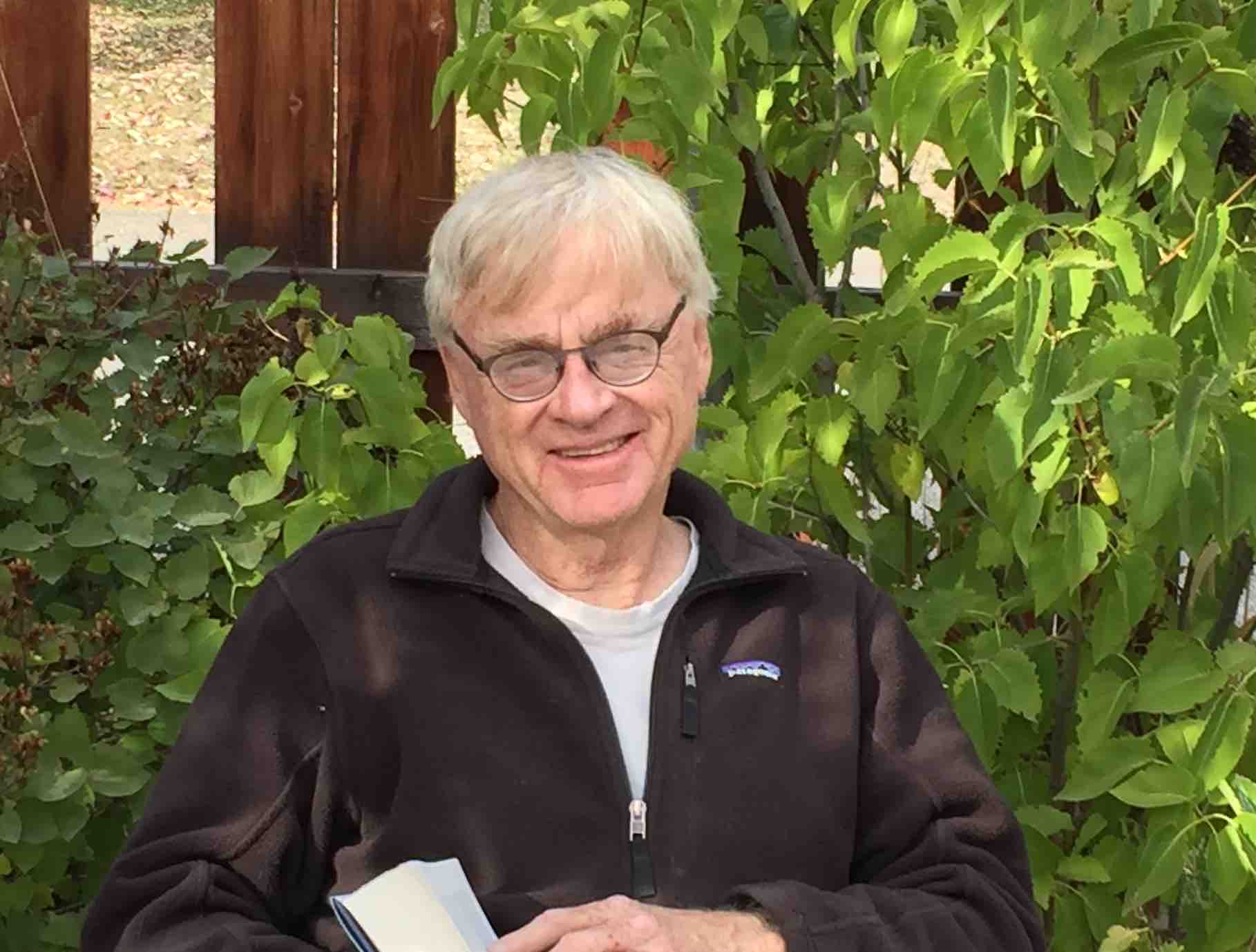 Pat Ford grew up in Idaho Falls, Idaho, and has lived in Boise Idaho since 1977. He worked for the Idaho Conservation League from 1977 to 1984, and the Save Our wild Salmon Coalition from 1992 to 2013. In stints across those years, he also served on the boards of the NW Energy Coalition, Greater Yellowstone Coalition, and Idaho Conservation League. He is now retired from paid conservation work, and lives in Boise with his wife Julia Page. His two daughters, Leigh and Ann, also live in Boise, where they work in quite different corners of the large realm called conservation. 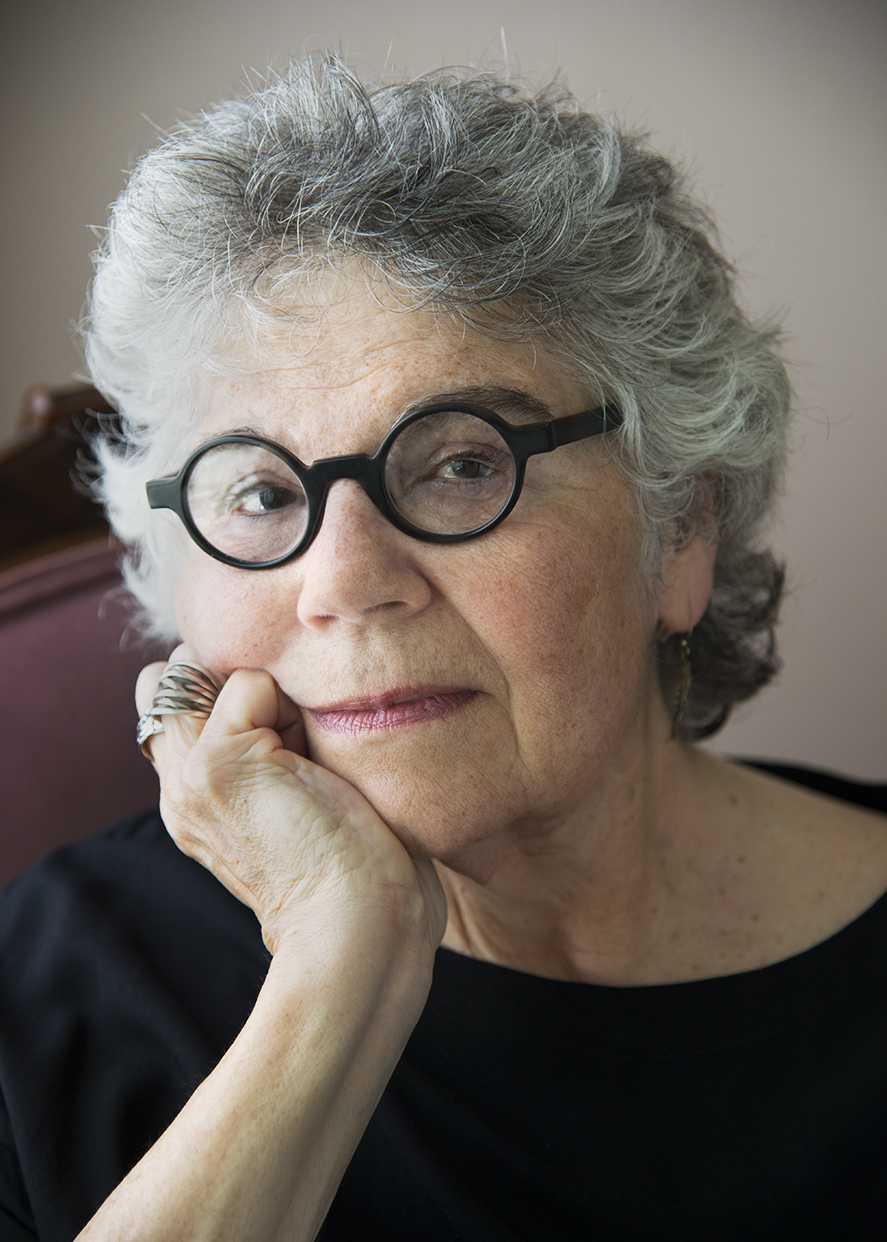 Sara Patton led the NW Energy Coalition as its Executive Director from 1993 to 2015. The Coalition is an influential regional alliance of conservation, low-income, and consumer advocate organizations, utilities, businesses, communities of faith, and citizen activists. For 15 years prior to her tenure at the NW Energy Coalition, Ms. Patton worked for energy efficiency at Seattle City Light. She managed energy efficiency planning and programs, integrated resource plans, research and development projects, lobbying, and program demonstrations. Ms. Patton is an inactive member of the Washington State Bar Association and holds degrees from Antioch School of Law and Reed College. Before settling down in clean energy policy, she worked for PRIM Laundry in Seattle as a mangle operator, for Excursion Inlet Packing Company near Hoonah, Alaska as a salmon canner, for West Side Alliance Day Care Center in New York City as a daycare teacher, and for the Honorable Shirley Chisholm in Washington DC as a legal intern. Community service and honors include the Board of Save Our wild Salmon, the Board of the Northwest Energy Efficiency Alliance, the Seattle City Light Advisory Board and Review Panel, the Sierra Club’s Cascade Chapter Executive Committee, the Pike Place Market Historical Commission, the 2006 Helen H. Jackson Woman of Valor Award, and the Friends of the Market Board.

Joseph Bogaard will moderate a panel discussion with three residents from northeast Oregon including Adam Capetillo, enrolled member of the Nez Perce Tribe, Christina deVillier of Greater Hells Canyon Council, and NE  Oregon rancher Andrea Malmberg. Our panelists will reflect upon the history, peoples, and lands, and waters of this special part of the Snake River Basin watershed. This region's rivers - the Grand Ronde, Wallowa, Imnaha, and many others - were once rich with salmon and steelhead populations. Not so long ago, sockeye would fill Wallowa Lake each summer/fall. Community-driven habitat restoration projects have been underway for decades, but the response by depressed salmon and steelhead populations has been muted given the heavy mortality downstream by the federal dams and reservoirs on the lower Snake and Columbia rivers. 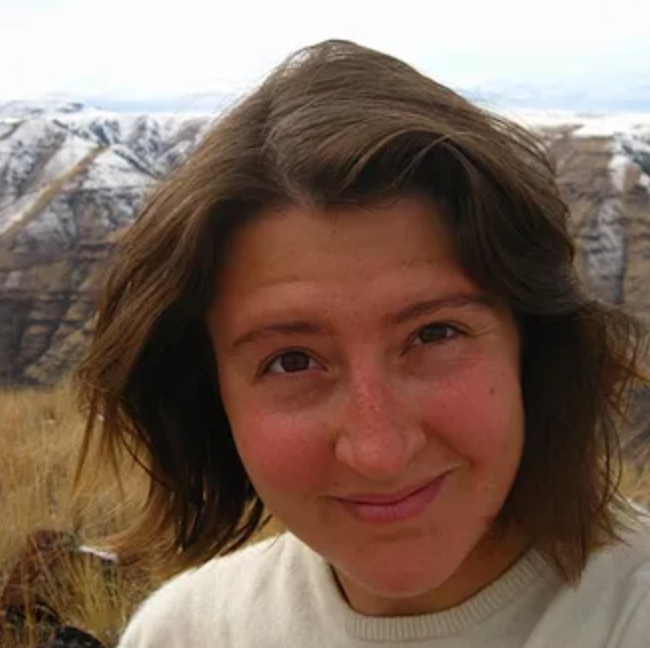 Christina deVillier is a writer, a gardener, and a fourth-generation explorer of Northeast Oregon's mountains, canyons, and communities. She is the Connections Coordinator for Greater Hells Canyon Council, where she works with a wide diversity of collaborators to improve ecological connectivity and strengthen social-ecological relationships in her spectacular home region. Previously, she's been a college instructor, a farmer, and a cook. She regularly contributes essays, often on environmental topics, to The Oregon Way blog, and she serves on the board of Oregon Humanities. Her book of poems, Long Coordinates, came out in 2021 from Lynx House Press. When she's not working, she can likely be found on a trail, in the lake, or deep in conversation. She lives with her husband in Lostine, Oregon, in the heart of the Nimiipuu ancestral homeland. She tries to keep her priorities straight. 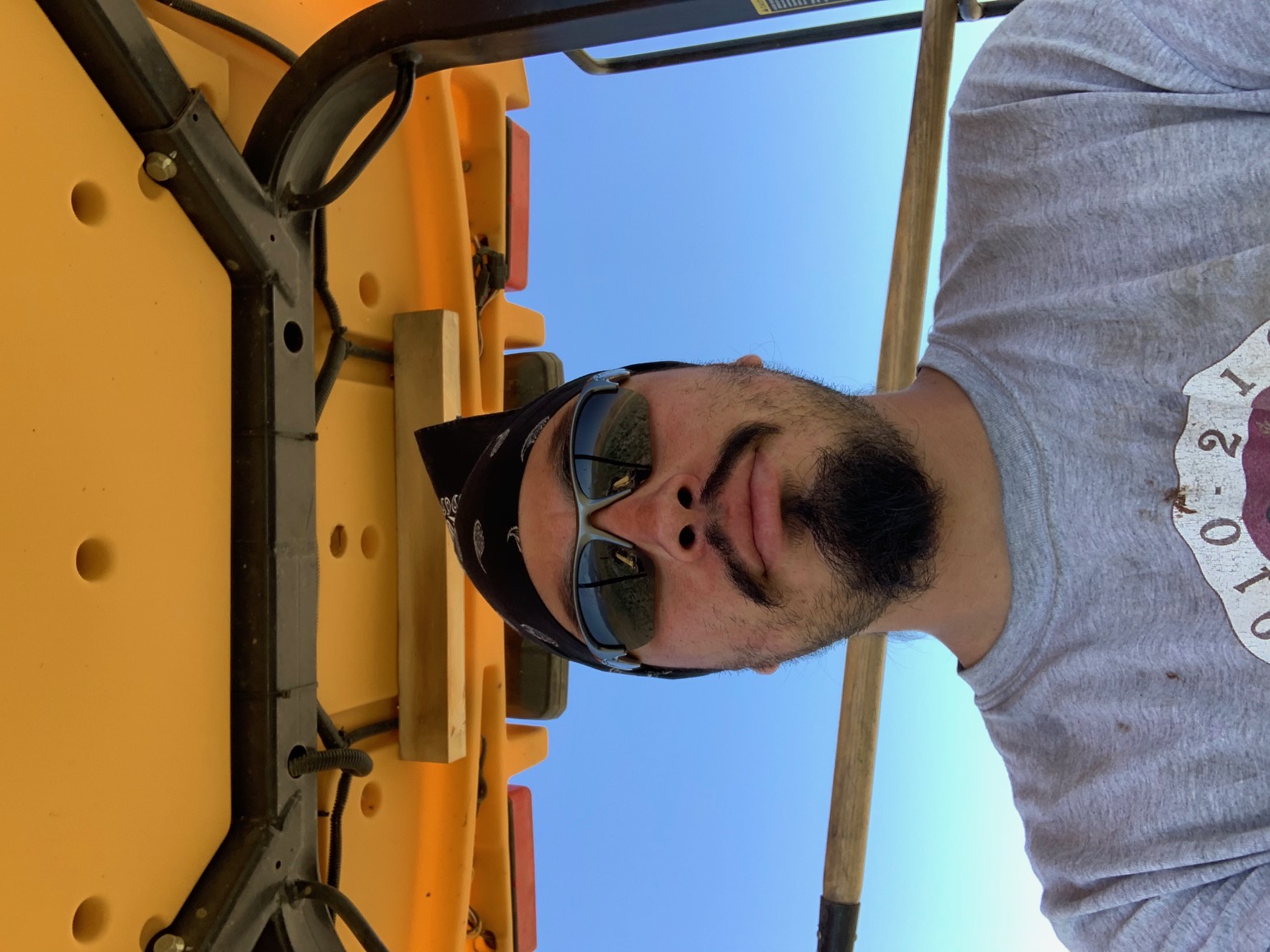 Adam Capetillo is a Nez Perce Tribal member, descending from the Wallowa Band in Northeast Oregon. As an avid fisherman who grew up fishing for salmon throughout Nez Perce country, he and his family live traditionally off of yearly harvested salmon from the Columbia River and smaller tributaries in the lower Snake River basin, including the Lostine and Imnaha Rivers in Northeast Oregon. Adam worked for the Nez Perce Tribe Department of Fisheries Resources Management for nearly ten years, both in Oregon and Idaho, where he grew his passion for salmon recovery. Adam now works in the private sector of the restoration industry as a small business owner and partner for Blackeagle Environmental Solutions, LLC and Geologix, LLC respectively. He aspires to do everything he can to return as much of his homeland as possible to a more natural and functional state, not only for the sake of the salmon, but also the elk, deer, moose, native plants, and various other species that once supported his ancestors’ way of life.

Andrea Malmberg has lived most of her life on the land with livestock and real food in the western United States. She holds a Bachelor of Science in Agriculture and a Master of Science in Natural Resource Sciences from Washington State University. After completing her studies in Zimbabwe and Argentina in 2004, Andrea 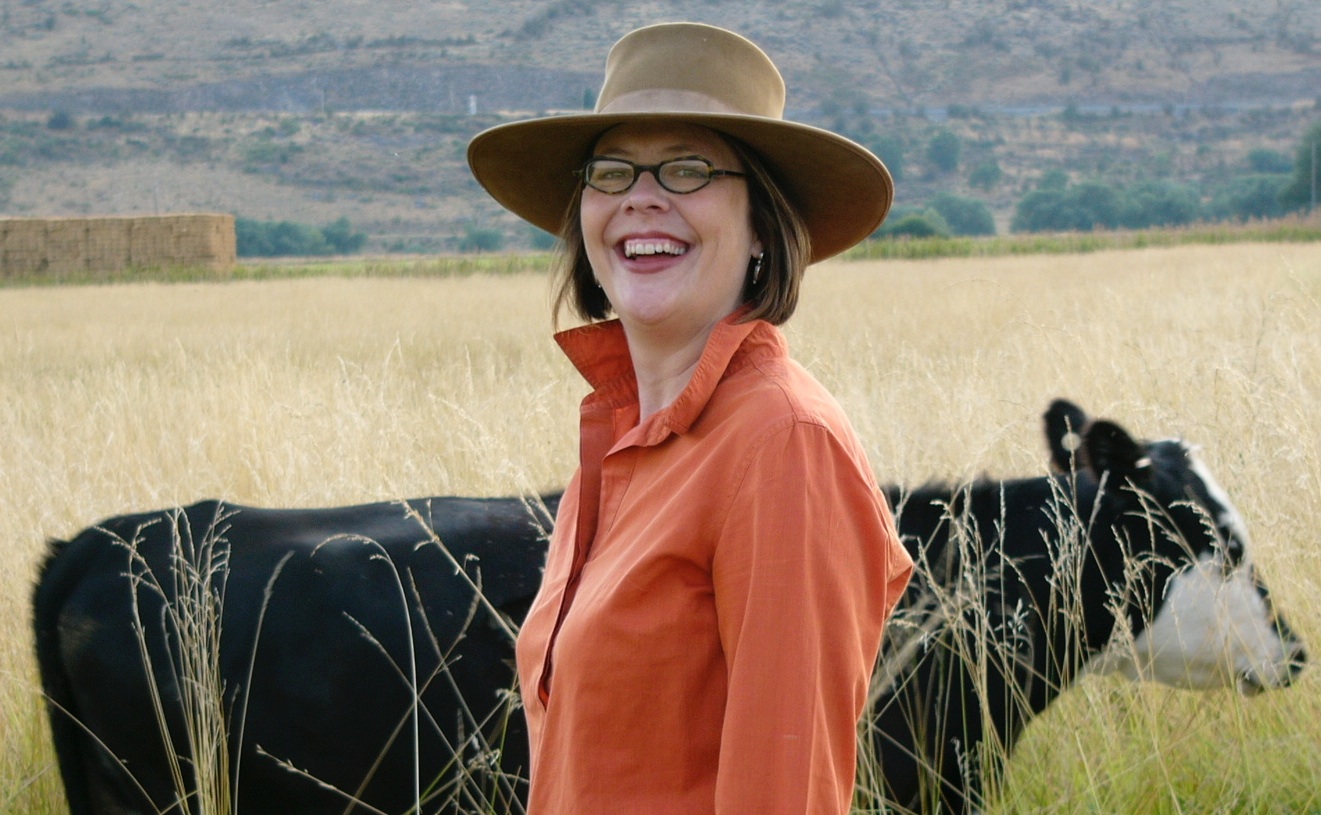 became an accredited professional in Holistic Management. Seeing the need to bring the tools of human flourishing to rural communities, Andrea received a Masters in Applied Positive Psychology from the University of Pennsylvania. As a result, she has created a platform that people throughout the world are using to manage and monitor their well-being. Over the last twenty-five years, in many different capacities, Andrea has facilitated the understanding of ecological, financial, and sociological, factors enabling sound holistic decisions. With her husband Tony, she has run several regenerative land-based enterprises always with the purpose of honing her skills to enhance the well-being of people, animals, and our planet, now and into the future. She delights in ranching, homesteading, conviviality, vibrant philosophical discussions, studying human behavior, and finds purpose in being civically active, participating in the creation of healthy communities, and restoring land.

(3) Stories from the scientists: Reflecting on science, politics and salmon recovery in the Snake and Columbia rivers
Thursday, November 18th - 6:00-8:00 pm PT.

We'll sit down with three highly respected scientists based here in the Pacific Northwest to hear about their experiences and their stories about the intersection of science and policy as it affects salmon and steelhead. With nearly 100 years of professional experience dating back to the 1990s, we'll examine the challenges and opportunities associated with recovering imperiled salmon and steelhead populations by protecting and restoring and reconnecting the freshwater habitats they depend upon. 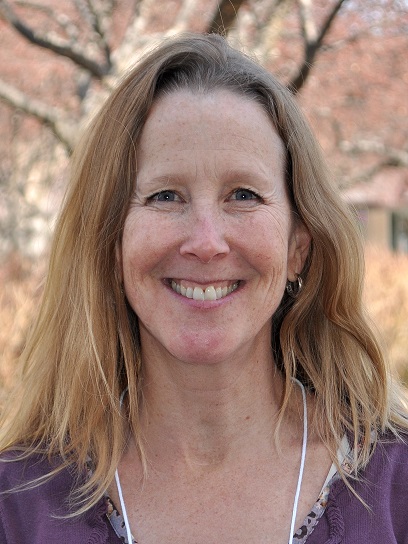 Helen Neville has been with Trout Unlimited since 2006 and now serves as the organization’s Senior Scientist. She received her undergraduate degree in biology from Brown University, a Master’s degree in Ecology, Behavior, and Evolution from the University of California, San Diego, and her Ph.D. in Ecology, Evolution, and Conservation Biology from the University of Nevada, Reno. She specializes in applying genetic tools to improving our understanding of the ecology and conservation needs of salmon and trout, and has published several genetic studies on Chinook salmon in the Middle Fork Salmon River among other topics in the region and beyond. Helen lives in Boise, Idaho, with her husband and two daughters, and loves having wonderful, wild Idaho as her back yard. 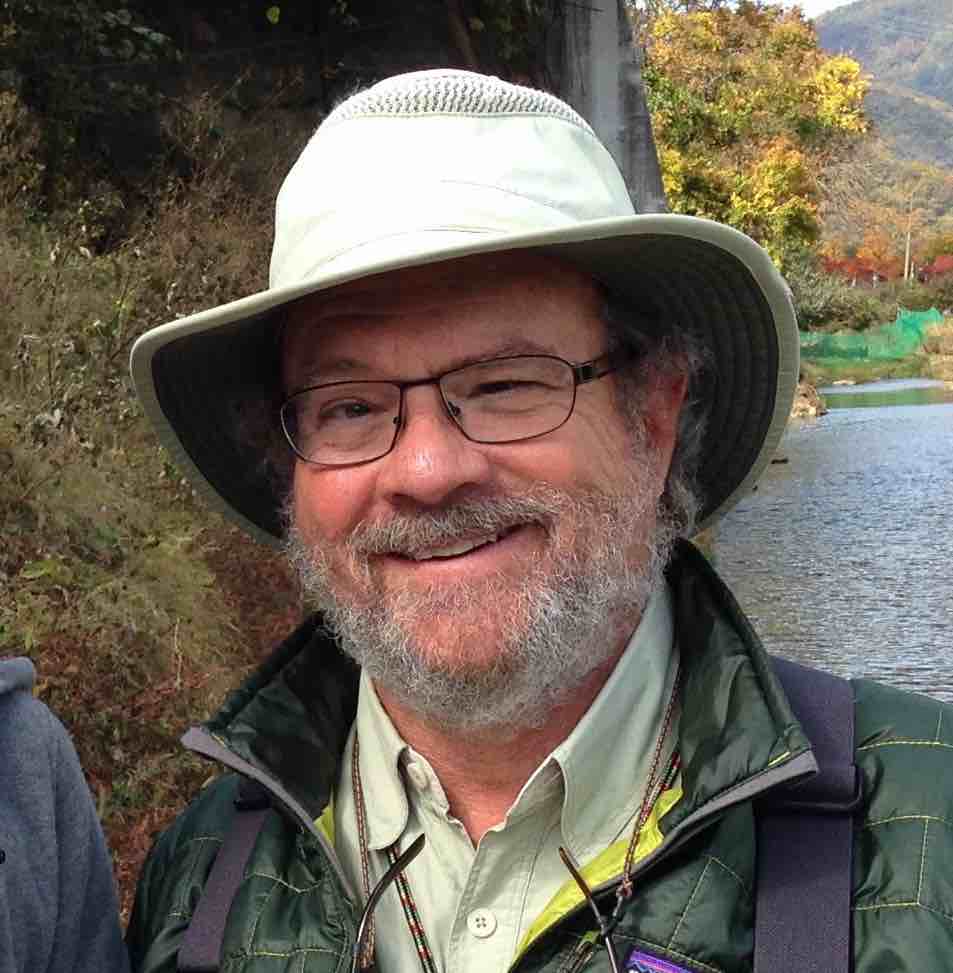 Dr. Rick Williams is a fisheries ecologist and Research Associate in the Department of Biology at The College of Idaho. His research and consulting focuses on conservation of native steelhead, redband, and cutthroat trout in western North America. Rick has been active in Columbia River salmon recovery issues since 1987, and in 2006, published a book on Pacific salmon recovery (Return to the River) that describes the century-long decline of Columbia River salmon and steelhead and proposes a new approach to their restoration. Rick continues to be active in writing and public speaking on Snake River and Columbia River salmon and steelhead recovery. 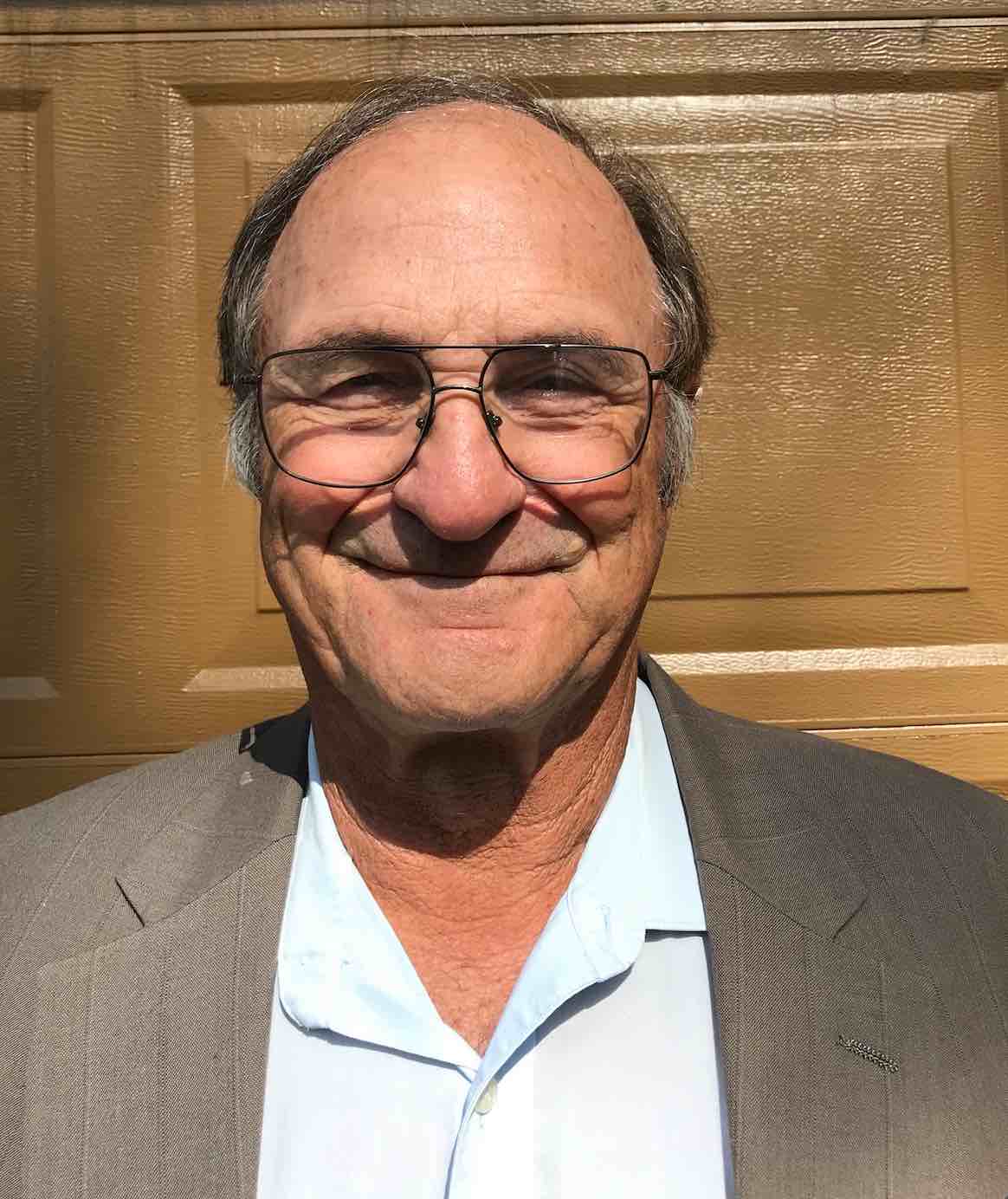 Jim Martin worked 30 years in fisheries research and management for Oregon Department of Fish and Wildlife before retiring in 1999. He was Chief of Fisheries for 6 years and served as a Salmon Advisor to Governor John Kitzhaber, leading the team developing the Oregon Plan for Salmon and Watersheds. Following his retirement from the State of Oregon, he worked for 19 years as Conservation Director for Pure Fishing, the World’s largest fishing tackle company. He also taught Natural Resources Problem Solving at Oregon State University.

SOS Inland Northwest Director Sam Mace first got involved in efforts to protect Snake River wild salmon and steelhead 20+ years ago working for the Idaho Wildlife Federation. She’s worked for SOS since 2004. Sam lives in Spokane with her dog and her sweetheart and spends her free time fishing, hiking, and gardening.

SOS executive director Joseph Bogaard first got hooked on Northwest salmon restoration efforts while in graduate school where he authored a paper in the mid-1990s, exploring the then-relatively recent Snake River salmon listings under the Endangered Species Act, and how it might impact Northwest lands and waters, its energy system, and tribal and non-tribal communities. He began working for SOS as an organizer in 1996, and has served as executive director since 2013. Joseph lives outside of Seattle with his wife Amy and their children.