Join us on Sat., Nov. 20 to honor endangered Snake River salmon - and call for action! 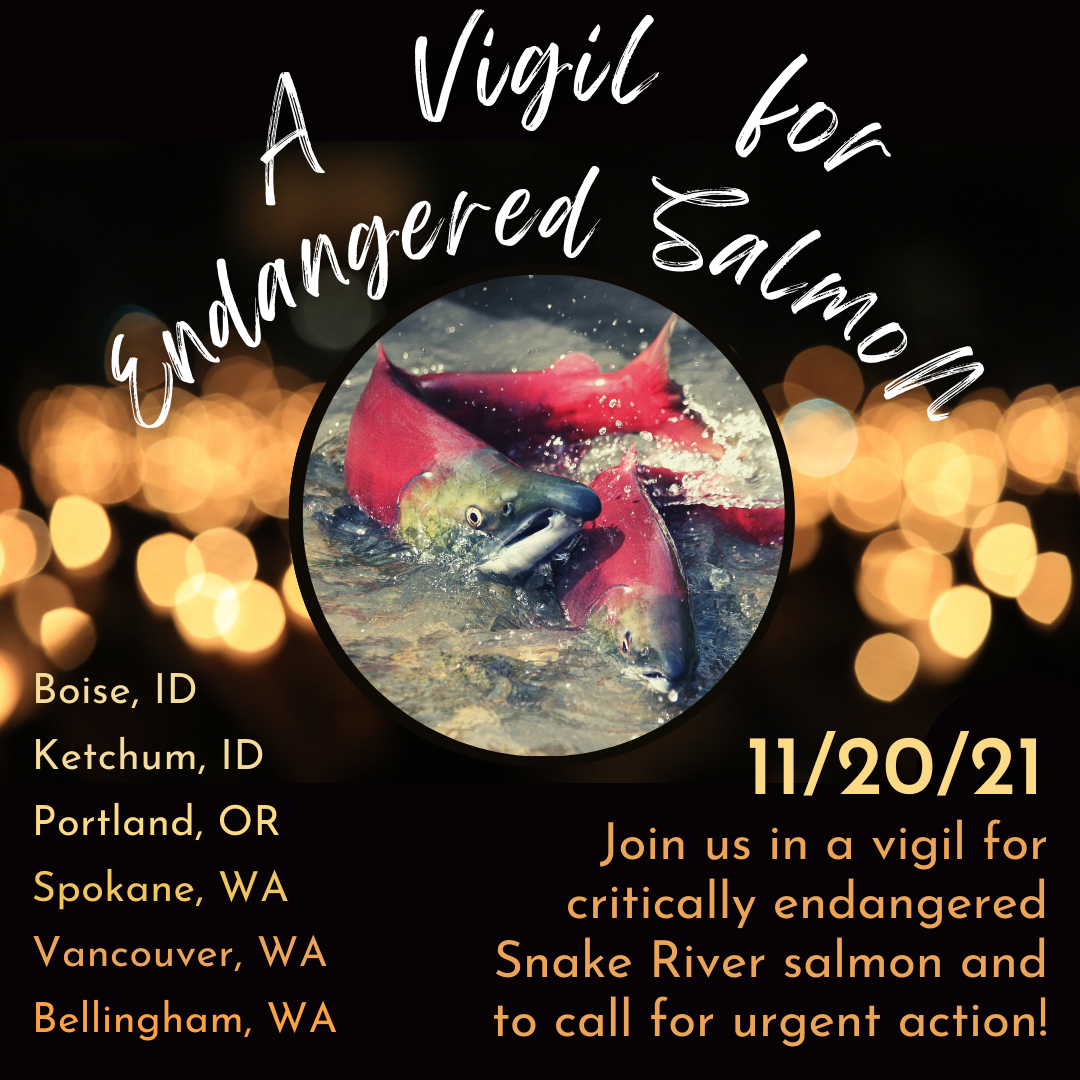 Join us on Saturday afternoon, Nov. 20, at one of several vigils in the Pacific Northwest to highlight the plight of critically endangered Snake River salmon and call for urgent action by our elected leaders to restore the Snake River, recover its salmon, and invest in our communities.

These vigils, co-hosted by a number of allied organizations, will take place in Spokane, Bellingham, Vancouver, Portland, Boise, and Ketchum.

November 20, 2021 marks a grim 30-year anniversary when Snake River sockeye salmon were first listed under the Endangered Species Act (ESA). This was the first ‘endangered’ listing under the ESA for a salmon population anywhere in the United States. It came in response to a petition submitted by the Shoshone-Bannock Tribes whose traditional homelands are centered in the mountains of central Idaho.

In short order, the other three remaining Snake River salmon and steelhead populations were also listed. Today, after three decades, six inadequate, illegal federal plans, and many billions of dollars, these fish still swim on the brink of extinction. This year, just 4 adult sockeye salmon survived to swim into their spawning grounds in the Stanley Basin in central Idaho after struggling past eight dams and warm and stagnant reservoirs downstream.

Salmon - and the irreplaceable benefits they bring to our region - are running out of time. The loss of salmon is an existential threat to tribal nations, and to anglers, businesses, and communities across the Northwest. Steep salmon declines also imperil many other fish and wildlife populations -  including the Southern Resident orcas that rely upon Chinook salmon as their primary source of food.

Notably, restoring a free flowing lower Snake River by removing its four federal dams is among our nation’s very best salmon/river restoration opportunities today, and an imperative for protecting its fish populations from extinction.

Join us on Nov. 20 for a vigil to highlight this 30-year struggle for survival - and to call on our public officials for urgent action. 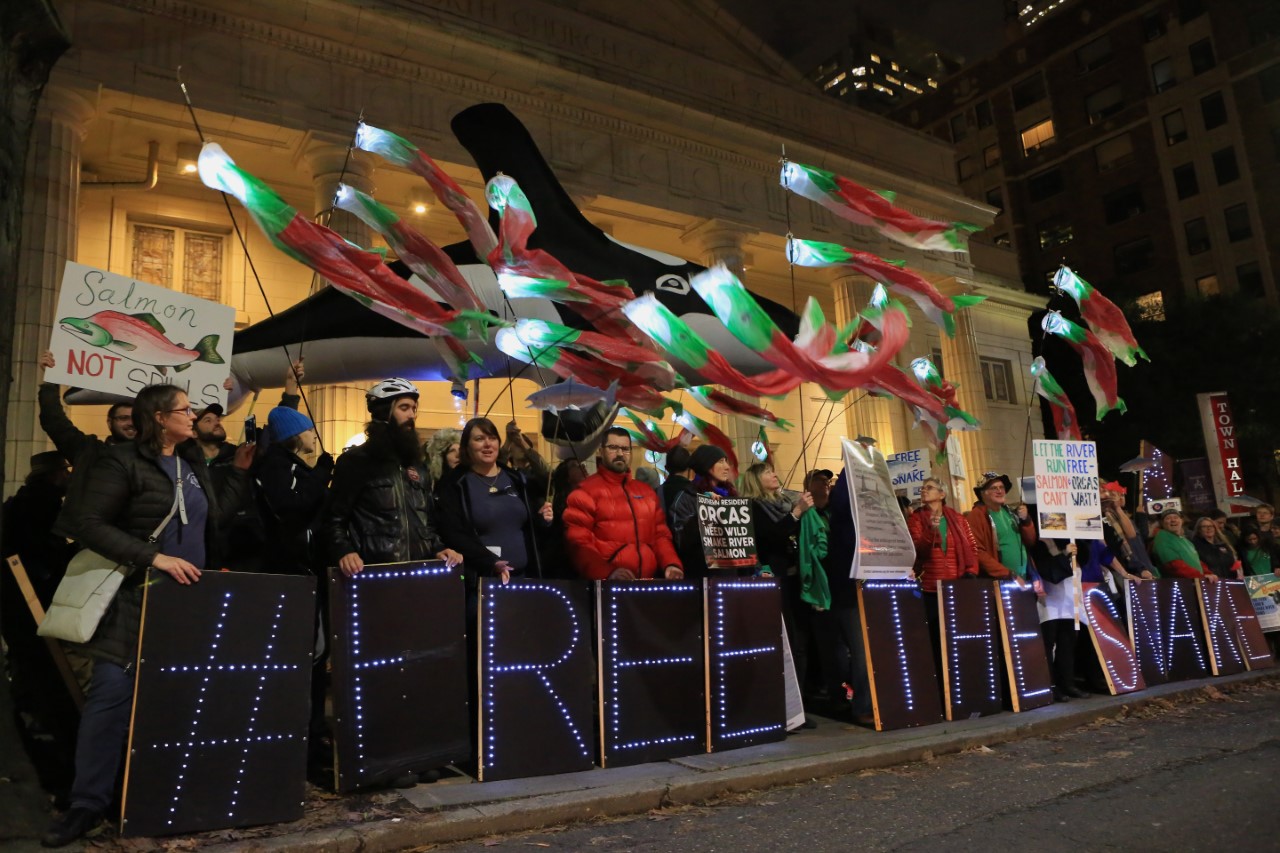 It’s past time to act! Snake River salmon and Southern Resident orcas need a comprehensive plan that restores the lower Snake River and invests in our communities. Public officials in the Northwest are finally beginning to pay attention to this ecological and community crisis - but their progress is slow. Join us for a vigil on 11/20 to honor the salmon, highlight their plight - and call on our leaders to move faster and farther.

See more event details below - and ways you can get more involved. We’ll update this page in the coming days.