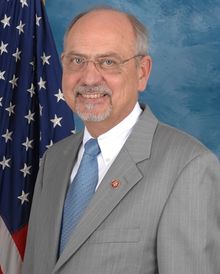 On February 4, Congressman Doc Hastings sent a letter to NOAA Administrator Dr. Jane Lubchenco, objecting to a Columbia-Snake stakeholder process NOAA has begun and asking that it not proceed. The Hastings Letter can be found here: http://hastings.house.gov/uploadedfiles/hastingsltrresalmonassessment02-04-13.pdf

Congressman Hastings is wrong to seek an end to NOAA’s stakeholder process. Other Northwest elected leaders support it as a worthwhile effort to end the deadlock on Columbia-Snake salmon that is harming people and economies. We urge Congressman Hastings to give NOAA a chance to break the pattern of failure and heal regional divisions.

Congressman Hastings says salmon populations are increasing. This is incorrect. In fact, official projections for 2013 returns of endangered salmon in the Columbia-Snake are very low for most species. This follows low returns in 2012. Further, none of the 13 Columbia-Snake stocks listed under the Endangered Species Act are anywhere near levels considered necessary for recovery.

Congressman Hastings says that stakeholder collaboration is occurring under the existing federal salmon plan. This is also incorrect. The State of Oregon, the Nez Perce Tribe, salmon fishermen, and conservation groups have been sidelined in that federal process. NOAA’s stakeholder process offers an opportunity to repair that regional division. One thing is clear: perpetuating regional division will not work. The federal salmon plan Congressman Hastings supports has been ruled illegal three times.

The Save Our wild Salmon Coalition (SOS) supports stakeholder collaboration as our best opportunity to restore Columbia Basin salmon and salmon jobs, and provide certainty for communities and users. Our fishing, conservation and business constituencies want NOAA’s process to succeed, and will work hard to help it do so. We respectfully urge Congressman Hastings to join other Northwest leaders to support this process and help it succeed.