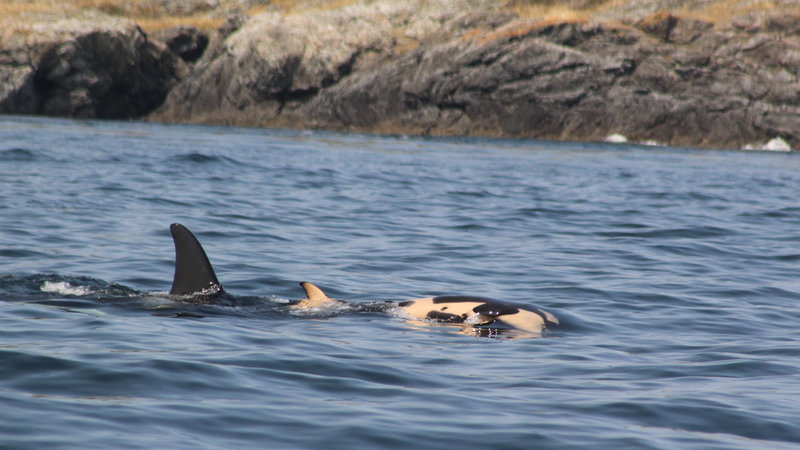 Nothing in memory has focused our collective attention so sharply on the Northwest’s longstanding failure to protect and restore its wild salmon and steelhead populations as the heart-wrenching spectacle this summer of J35 – Tahlequah, the grieving orca mother - ferrying her lifeless newborn for nearly two weeks through the waters of the Salish Sea in a grim and public procession.

The Southern Residents are a unique community of orcas that have plied the marine waters of the Northwest for hundreds of thousands of years feeding mainly on large fatty – and once-abundant – chinook salmon. Human-caused salmon population declines, however, have driven the Southern Resident orcas to the brink of extinction. Without urgent, bold, science-based action that protects and restores robust salmon populations and the functional, connected and resilient rivers and watersheds they need, our region’s iconic whales will likely go extinct.

Scientists and salmon advocates have long advised Northwest policymakers: the longer we delay truly protecting and restoring endangered wild salmon and steelhead populations, the greater the pain. The urgent plight of the orcas today tragically illustrates this point.

For a very long time, salmon have delivered abundance to Northwest lands and waters. So it should surprise no one that the steep salmon declines over the past half-century have come at great cost – for tribal and non-tribal fishing cultures, communities and economies, for more than 130 other salmon-reliant species, including of course Southern Resident orcas, and for the health and productivity of Northwest ecosystems generally. An ancient and sacred relationship is being severed.

No single measure will save the Southern Resident orcas from extinction, but – with its millions of acres of protected, high quality habitat and exceptional chinook recovery potential - restoring robust salmon populations in the Columbia-Snake River Basin must be a top priority for any effective orca strategy. Governor Inslee's leadership is needed on these two actions to restore healthy rivers and wild salmon in the Columbia Basin:

(1) INCREASED ‘SPILL’ AT FEDERAL DAMS: Washington State must work with Oregon and federal dam managers to increase 'spill' (to 125% total dissolved gas) at the lower Snake and lower Columbia River dams starting in 2019 in order to dramatically improve the survival of juvenile salmon as they migrate through the federal hydrosystem to the Pacific Ocean. This is an immediate measure to increase salmon populations in Northwest waters in the near-term.

(2) A RESTORED LOWER SNAKE RIVER: Governor Inslee must support chinook salmon recovery by removing four dams to restore a free-flowing lower Snake River and provide better access to thousands of miles of prime salmon habitat upstream in the Snake River Basin. Restoring a free-flowing lower Snake River is our best chinook restoration opportunity on the West Coast. The Governor must begin work now with policymakers, sovereigns and stakeholders to develop a comprehensive, regionally-generated, science-based salmon/river restoration package that invests in and responsibly transitions affected communities. This is among our most promising longer-term measures, and planning must begin now.

The Save Our wild Salmon Coalition urges the Orca Task Force to include both these essential measures among its larger set of recommended actions  - and Governor Inslee to act urgently on them.