FOR IMMEDIATE RELEASE - The CTUIR responds to draft Murray-Inslee Report 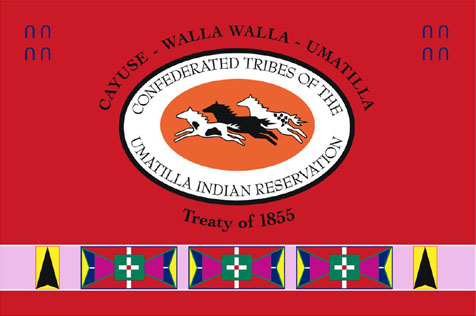 MISSION, OR – The Confederated Tribes of the Umatilla Indian Reservation (CTUIR) has reviewed the draft Lower Snake River Dams: Benefit Replacement Report led by Gov. Jay Inslee and Sen. Patty Murray. The statement below from CTUIR Board of Trustees Chair Kat Brigham can be quoted in-part or in-full: “As the draft Murray-Inslee report states, the Lower Snake River Dams have contributed to the current existential threat facing our salmon, an icon of the Northwest. The United States government must uphold its treaty obligations to the Confederated Tribes of the Umatilla Indian Reservation, the Confederated Tribes of the Warm Springs Reservation of Oregon, the Nez Perce Tribe, the Confederated Tribes and Bands of the Yakama Nation, and all the Columbia River Basin Tribes by immediately prioritizing salmon recovery. On this Treaty Day, we urge the federal government to uphold its trust responsibility to our nations by looking at the Columbia River Basin as a whole, which includes breaching the dams. The entire Pacific Northwest region faces a critical choice: We act now to save our salmon or we sanction their extinction. Federal investment in salmon recovery would protect the Pacific Northwest interests, provide benefits, and revitalize failing fishing and other economies. Salmon recovery is vital to the entire region. Our fates are inextricably linked to the salmon. Our tribes have already paid the price for the Lower Snake River Dams. We lost over 43 million acres of land, 700+ cultural sites, and our ancestors’ burial grounds. Native economies and tribal subsistence were devastated by declining salmon populations. As senior officials for the White House Council on Environmental Quality and the Departments of the Interior, Energy, Army, and Commerce recently stated, ‘We cannot continue doing business as usual. Doing the right thing for salmon, tribal nations, and communities can bring us together. It is time for effective, creative solutions because if we don't, what are we going to tell our children?’ A basin-wide recovery plan must also include solutions for all sectors that includes breaching the Lower Snake River dams. We are committed to working with our neighbors to ensure a long term, win-win situation so salmon are here for the next seven generations.” The Confederated Tribes of the Umatilla Indian Reservation is comprised of the Cayuse, Umatilla, and Walla Walla Tribes, formed under the Treaty of 1855 at the Walla Walla Valley, 12 Stat. 945. In 1949, the Tribes adopted a constitutional form of government to protect, preserve and enhance the reserved treaty rights guaranteed under federal law.
###