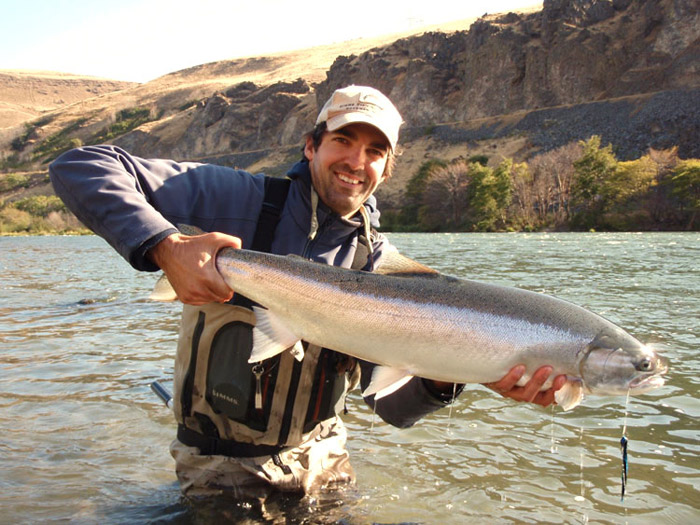 Washington, DC — Today, Congressman Doc Hastings (R-WA) held another hearing in the House Natural Resources Committee on the Endangered Species Act (ESA); similar to a hearing last winter, today’s focused on the role of litigation. Fishermen, conservationists, clean energy advocates, and salmon groups have been fighting in court since 2001 to convince the federal government to issue a legal and scientifically-sound biological opinion for endangered salmon and steelhead in the Columbia and Snake Rivers.

Salmon advocates have been left with little choice but to litigate the government’s plan for Columbia-Snake Basin salmon and steelhead because that plan is deeply flawed, and has been ruled illegal for failing to comply with the ESA no less than four times. Part of the litigation has included asking the court for interim measures to help salmon. One of those measures, increased spill, is directly responsible for boosting salmon returns over the past four years, which translates into more fishing jobs throughout the Pacific Northwest and more dollars earned across our region. Spill means more salmon in the Northwest’s rivers and more jobs in the Northwest’s communities, but it only exists because of the litigation. Federal agencies would never have provided this vitally important salmon protection measure on their own, and in fact opposed its implementation for years.

Says Sam Mace, Inland NW Director for Save Our wild Salmon, "Chairman Hastings' suggestion that litigation is all cost and no benefit is just plain wrong. And he doesn't have to look further than his own district to see that. The Court-ordered spill that fishermen, conservationists, and others won in litigation over Columbia and Snake River salmon has returned more fish per dollar than any action the government has taken to date.  We wouldn't be seeing those fish -- and the economic shot in the arm they provide -- without court action to enforce our laws."

Dan Rohlf, a law professor from Lewis & Clark College who testified at the hearing, addressed the economic benefits associated with saving salmon under the Endangered Species Act. As an example, he cited a study showing that more than $900 enters the Northwest economy for every spring chinook salmon caught and kept on the Columbia River.

“When it comes to wild salmon, protecting and implementing the Endangered Species Act is about more than saving fish; it's about saving jobs and livelihoods in our communities as well. Literally thousands of businesses and tens of thousands of jobs are supported by salmon and steelhead in the West,” said Jeff Hickman, owner of Fish the Swing Guiding Service from Eagle Creek, Oregon. Hickman joined 20 other Northwest business leaders in sending a letter to Congressman Hastings last December in support of the ESA, jobs, and salmon.

Federal agencies’ failure to comply fully with the ESA on the Columbia and Snake River hydrosystem limits opportunities for the commercial, recreational, and tribal fishing economy, and the manufacturers and retailers of outdoor equipment - affecting river and coastal communities across the West. In addition, the government’s failure to comply with the law and protect salmon and steelhead in the Columbia-Snake hydrosystem is standing in the way of new opportunities to create jobs for renewable energy sources like wind.

“The benefits of the ESA for our region’s economy and its ecology are all the more reason to take a new approach to salmon restoration in the Pacific Northwest.  We need a collaborative process where all parties can come together to build a solution for the future,” continued Hickman.  Fifty-two members of Congress (both Republicans and Democrats), Senators Crapo (R-ID) and Risch (R-ID), nearly 1,200 American businesses, and seven of the nation’s largest conservation organizations all support a “solutions table” to resolve the issues facing Columbia Basin salmon.