Union Bulletin: When it comes to salmon, orcas and Snake River, breach the status quo 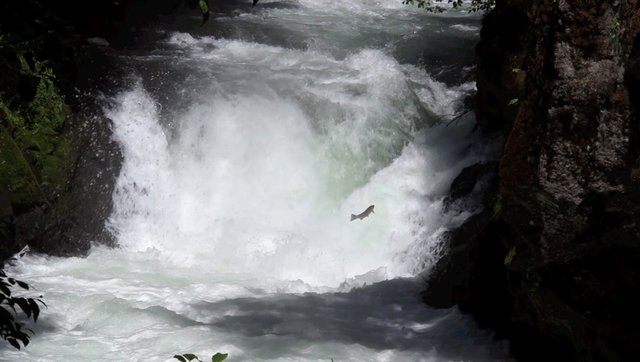 In its Aug, 4 editorial, “Dubious ‘study’ on dam breaching is propaganda,” the Walla Walla Union-Bulletin leaves no doubt as to its opinion of a recent study that the benefits of Snake River dam removal outweigh the costs: The study was propaganda and the dams “must remain.” With all due respect to people who support the dams, the quick dismissal of reports offering new information to inform the public and decision-makers does not well serve either the resources at stake or the public. The reason why the lower Snake River dams’ future remains on the table is straightforward: Salmon and steelhead runs — and now the West Coast orcas that depend on these fish as a major food source — are at risk of extinction. If the runs could be restored under the current status quo, orca would recover and the debate over the dams would end. Period. Despite decades of investment, however, the wild salmon runs of the Columbia and Snake rivers, once the largest in the world, have not recovered despite enormous investments — $17 billion and counting. Even as the challenges of salmon and orca recovery remain unsolved, new issues are looming. The Bonneville Power Administration, which distributes the electricity produced by all of the federal dams in the Columbia Basin, faces unprecedented pressure from a rapidly changing energy market. Unable to profitably market energy to California any longer and faced with many costs including underwriting salmon recovery, BPA has gone from selling the region’s cheapest power to its most expensive. This inversion could very well cause an exodus of customers when their contracts expire in the 2020s. One of the region’s most experienced political leaders, Rep. Mike Simpson, R-Idaho, accurately summarized the growing peril facing salmon and steelhead runs as well as the financial challenges confronting BPA. In a speech delivered in April, Simpson said of the looming BPA crisis, “It is kind of like the sideview mirror on your car: objects may be closer than they appear.” Unlike many of the region’s other political leaders, Simpson has pledged to examine all of these issues with an eye to building a compromise that solves Bonneville’s economic woes and restores the wild salmon runs that once ascended the Columbia and Snake to Idaho’s cold, clear mountain rivers and streams. While removing the lower Snake dams is a possible outcome, Simpson has also been emphatic that no one should be left behind whatever the solution. The needs of irrigators and shippers must be addressed as well as those of the communities along the Snake River. While no finished proposal yet exists, the National Wildlife Federation believes Simpson is on the right track. Simply spending more money on habitat improvement, dam retrofits, barging or other mitigation is unlikely to suddenly start working — a new strategy is needed. Ensuring the region has reliable and affordable power is equally essential and so too is making sure that no one is economically penalized if a new strategy is adopted. Certainly if a sustaining wild salmon population can be re-established the costs of fish mitigation can be dramatically reduced and shifted to other needs. That we can save salmon — and orca — has never been clearer and Simpson has set the proposition on the table for governors, the congressional delegations – and even the Union-Bulletin — to consider. Barging on the river has declined more than 50 percent as more shippers shift to rail and truck. As wind and solar generation has grown, the relative importance of the energy produced by these four dams has diminished.  As energy conservation has taken hold, the energy demands of the region are static even as electric generating capacity has grown. These are the factors that have destabilized BPA but they can be addressed even as we look anew at whether the dams with the biggest impacts on salmon — the four lower Snake dams — are needed. Restoring wild salmon and generating low-cost, clean energy: These are goals that vast majorities of citizens in Washington, Oregon and Idaho want achieved. Working together, across party lines and the Northwest, can ensure that wild salmon once again are found from the mouth of the Columbia to the mountain waters of Idaho and where low-cost, clean electricity power a dynamic economy. Tom France is the regional executive director of the National Wildlife Federation’s Northern Rockies, Prairies and Pacific Region.