Spokesman Review Guest Opinion: We don’t have time, but we do have leadership 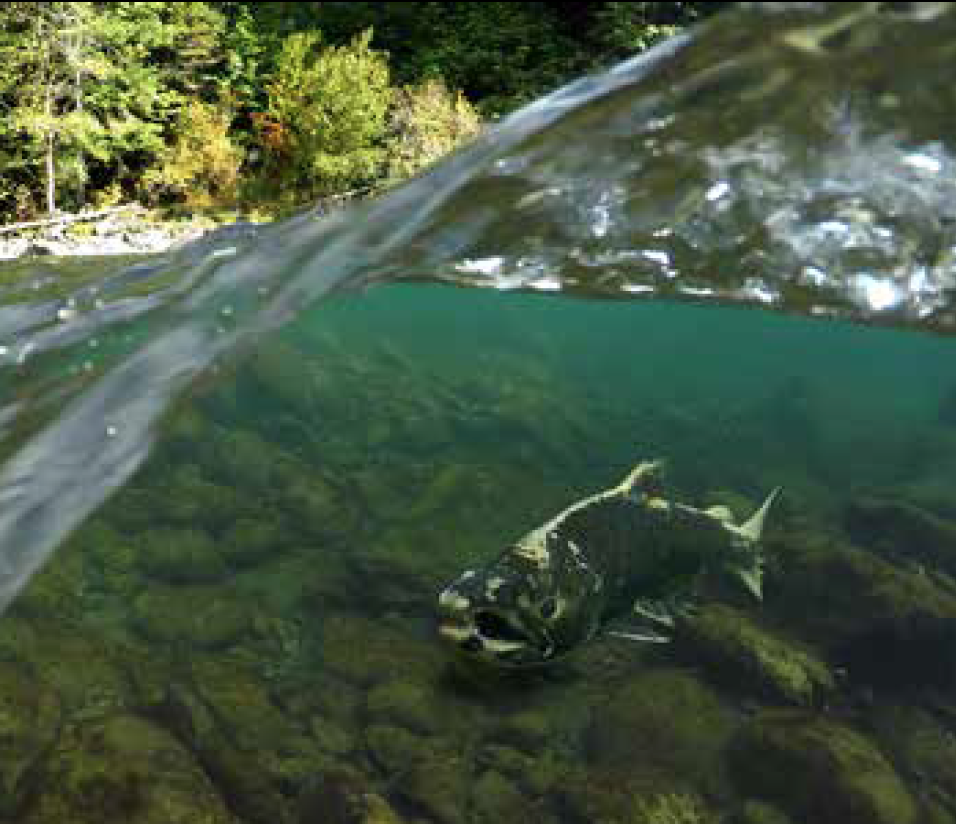 By Alyssa Macy and Stephanie Solien

After more than three decades of watching salmon populations in steady and dangerous decline, our region now has a historic opportunity not just to reverse that trend but to restore the fish to healthy numbers. And we have the political leadership in place to seize the opportunity. Notably, with U.S. Sens. Patty Murray and Maria Cantwell, and Gov. Jay Inslee, we have leadership that operates at national and state levels and weaves together immediate wins and long-term vision.

What we don’t have is time.

Steelhead runs in the Snake River are at numbers lower than have ever been recorded and Chinook and sockeye are not far behind. The occasional good year for returns is a blip in trends that just keep going downward. Of course, when salmon are threatened, so are the southern resident orca that eat them. Two keystone species are barreling toward extinction.

Last month, Murray and Inslee unveiled an initiative that could bring salmon back where previous federal and state plans have failed. It begins by asking what it would take to replace the services provided by the four federal dams on the lower Snake River. They’ve pledged to have answers to that question by early summer .

The science is clear. Warming waters from both climate change and these 50-year-old dams are cooking fish in what should be cool rivers and waterways. Breaching these four dams – not every dam, just the four on the lower part of the Snake – is the single biggest step we can take to restore enough cold, free-flowing water to the Snake system to bring salmon back to harvestable abundance. That is not a controversial stance. Even the Army Corps of Engineers, which operates the dams, acknowledged last year that the best chance we have for salmon recovery is removing these dams.

A vision for the region that carries us through the next century is what salmon need to survive. And yet, long-term vision will be for naught if we don’t act with urgency.

Meanwhile, Cantwell has built salmon recovery into both the infrastructure and reconciliation budget bills. The recently passed infrastructure measure includes $2.8 billion for ecosystem restoration and improved passage for fish returning to their spawning grounds. The “Build Back Better” budget bill includes an additional $2 billion for habitat restoration, hatcheries and more.

Securing such significant funding would not have been possible without elected officials listening to leadership of Washington’s tribal nations. Salmon recovery is, in fact, not exclusively an environmental issue. Nor is it just about the economy. For tribes, it is a matter of justice and trust. The dams we’ve erected stand in direct opposition to fish that were promised to tribes in treaties and other solemn commitments going back well over a century. Salmon survival is cultural survival. Just as the salmon themselves have no time to wait, Northwest tribes can no longer wait for what our nation promised so long ago.

Looking ahead, we cannot assume the Northwest delegation in Congress will hold as much sway after the 2022 election. Murray and Inslee can listen to stakeholders who would be affected by potential dam breaching, draft legislation to fund and implement it by summer and make sure it passes before the end of 2022. It’s imperative that their work produce not another study but an action plan and legislation.

In addition, salmon restoration needs the support of the Biden administration. There are strong signs of commitment already from Interior Secretary Deb Haaland and Council on Environmental Quality Chair Brenda Mallory. What must happen now is that members of the Northwest delegation from Washington, Oregon and Idaho work with the Biden administration to coalesce around these joint restoration efforts.

Many of our elected officials already recognize the opportunity at hand. Oregon Gov. Kate Brown has advocated dam breaching. Oregon U.S. Sens. Ron Wyden and Jeff Merkley have endorsed the Murray-Inslee initiative. All of this comes on the heels of the detailed proposal for dam removal made earlier this year by Idaho Republican Rep. Mike Simpson.

We don’t have time on our side. But we do have leadership. Our leaders have an exceedingly rare chance to chart the future of our region’s ecology and economy and energy needs; to prevent extinction of the iconic fish that feed us and the endangered orcas, the ecosystems around us, and our Northwest way of life; and to deliver some measure of justice by fulfilling the promises we made to tribes who have always lived here.

We are grateful for Northwest leadership, but we also need the public to show their support for those who will do right in this arena. The people are watching.

And if anyone can achieve it, we in the Northwest can.

Alyssa Macy is CEO of Washington Environmental Council and Washington Conservation Voters. She is a citizen of the Confederated Tribes of Warm Springs Oregon. Stephanie Solien is the former co-chair of the Southern Resident Orca Task Force and former member of the Puget Sound Partnership Leadership Council. She has served as staff for members of U.S. House, U.S. Senate and Washington Gov. Booth Gardener.