Seattle Times Op-Ed: As the Elwha rushes back to life, hope for river restoration nationwide 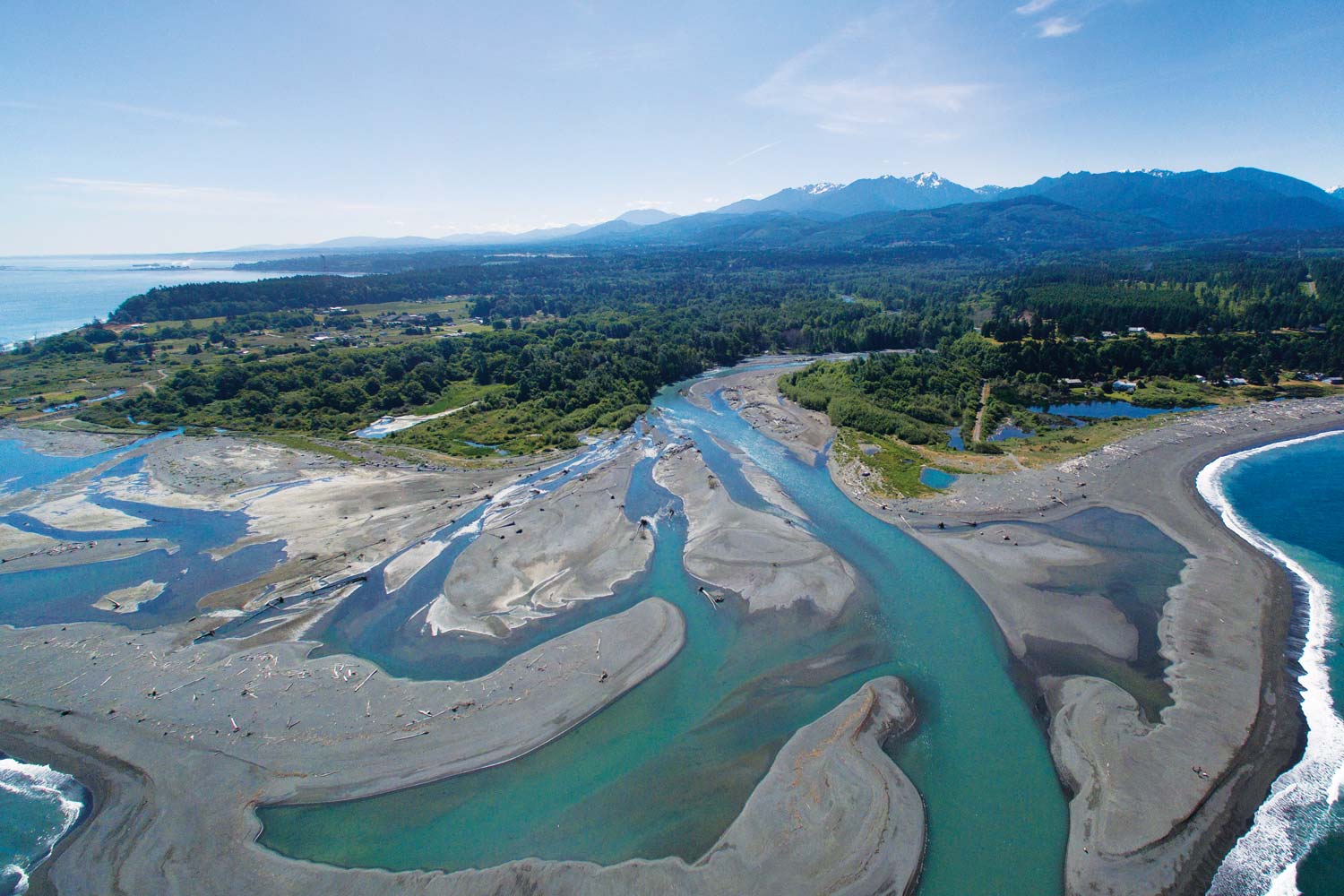 Ten years ago, demolition began at Elwha Dam on Washington’s Elwha River, in what remains the biggest dam removal and river restoration in history. Since the backhoes and dynamite tore down Elwha Dam and Glines Canyon Dam, this beautiful aquamarine river has rebounded in remarkable ways. Now flowing freely from the Olympic Mountains to the Salish Sea, the Elwha River once again supports salmon runs along its entire length and a rejuvenated web of life, from bears to eagles to orcas.

The story of the Elwha holds powerful lessons for the future of our nation’s rivers, and it is inspiration to advance potentially transformational bipartisan river restoration proposals before Congress and the Biden administration right now.

One of the most important lessons from the Elwha is the power of Indigenous leadership in river restoration efforts. The Lower Elwha Klallam Tribe was the first advocate for removing the Elwha River’s dams, and their knowledge and support were instrumental in the project’s ultimate success. Since the Elwha dams came down, other tribes have seen great success in restoring their rivers. The Yakama Nation was instrumental in restoring Washington’s White Salmon River by removing Condit Dam. The Penobscot Nation was key to removing dams on Maine’s Penobscot River. The Yurok, Karuk, Klamath and other tribes have been leading the decades-long effort to remove four dams on the Klamath River in Oregon and California to restore salmon runs and water quality — with dam demolition scheduled to begin in 2023.

Since the dams came down on the Elwha, our nation’s river restoration movement has seen tremendous growth. More than 800 dams have come down in the past 10 years, with states including Pennsylvania, California and Michigan leading the way. During this period, many communities and stakeholders have followed the leadership of the tribes in understanding the multidimensional benefits of removing dams that exacerbate our climate and environmental justice crises in this country.

The need to remove harmful, outdated and unsafe dams is more important than ever. Climate change is putting unprecedented stress on our rivers, with increasing floods threatening potentially deadly dam failures. More than 20 dams failed in the Carolinas during Hurricane Matthew in 2016, and Michigan’s Edenville Dam failed last year, forcing thousands to evacuate. Elsewhere, soaring temperatures and diminishing flows make the clean, cold waters of free-flowing rivers essential if we are to protect fish and wildlife and the biodiversity vital to native ecosystems.

So where does the river restoration movement go from here? Congress and the Biden administration are currently considering multiple proposals. The bipartisan 21st Century Dams Act — legislation negotiated by conservation groups, dam safety advocates and the hydropower industry — would invest billions to remove, retrofit and rehabilitate dams across the country. It would restore 10,000 miles of free-flowing rivers by removing 1,000 dams, improve dam safety, and chart a course for hydropower in our nation’s energy future. The infrastructure bill passed by the Senate also includes key provisions for river restoration.

In addition, urgent action is needed to remove four federal dams on Washington’s Lower Snake River to save endangered salmon from extinction and honor treaties and commitments to Native American tribes. The Snake was historically the largest producer of salmon in the Columbia River basin, but numbers are now at historic lows — in large part because of dams. Leaders across the region, from U.S. Reps. Mike Simpson, R-Idaho, and Earl Blumenauer, D-Ore., and Oregon Gov. Kate Brown, are heeding calls from the Nez Perce Tribe, the Confederated Tribes of the Umatilla Indian Reservation, Yakama Nation, Upper Snake River Tribes and other tribes across the Northwest and the nation, to speak up to recover salmon, invest in clean energy and strengthen the region’s infrastructure and economy. We need other elected leaders, including U.S. Sens. Patty Murray and Maria Cantwell and Gov. Jay Inslee to step up and seize this opportunity.

Nationwide, it is vital that we rebalance our need for the services dams provide with our need for clean water and healthy rivers. Congress and the Biden administration must prioritize and advance both the 21st Century Dams Act and Lower Snake River Dam removal. Perhaps the most important lesson from the Elwha is that rivers are wonderfully resilient and will support us — and all life — if we have the collective courage and vision to set them free.

Tom Kiernan is president and CEO of American Rivers, a nonprofit headquartered in Washington, D.C., that has been at the forefront of protecting and restoring rivers for nearly 50 years.