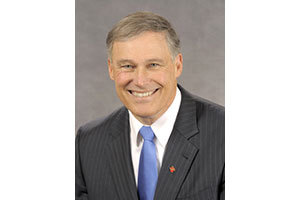 Special to The Times

Our neighbors in Canada have been good partners in the fight against climate change and efforts to keep our seas healthy. However, this week Canada took a major step backward.

Our lands and waters share incredible bounty and beauty. Trekking across forests and mountains, exploring beaches in search of shellfish and fishing from clear waters are all part of our regional way of life and economy.

This shared heritage is supported by Washington state’s efforts to act on climate, reduce toxics, protect our orcas, improve oil-transport safety and fight back against the Trump administration’s efforts to privatize national forests and expand offshore oil drilling.

But now it appears a new threat is coming to us from the north. As Texas-based Kinder Morgan wavers over its intention to continue building its controversial Trans Mountain oil pipeline expansion, the Canadian government announced it will spend billions of dollars to purchase the project and continue construction, in order to export oil to Asia.

The pipeline expansion would increase Canadian oil-tanker traffic sevenfold, putting an estimated 350 more tankers a year in the Salish Sea, critical habitat where our orcas do most of their hunting. It would significantly increase the risk of oil spills and take us backward in our transition to a clean-energy future.

This project runs counter to everything our state is doing to fight climate change, protect our endangered southern resident killer whales and protect communities from the risks associated with increased fossil-fuel transportation — by rail and by sea.

Though we have a good safety record in Washington waters, accidents still happen. Our state has experienced numerous oil spills in the last few decades, including the Mobil Oil tanker spill on the Columbia River and the Nestucca oil barge spill near Grays Harbor.

This pipeline would carry diluted bitumen, among the dirtiest of oils, across our waters and the Pacific. Production and consumption of this type of oil creates 10 to 40 percent more greenhouse-gas pollution than many conventional oil sources. A major spill in the Puget Sound, one of our most beautiful and fragile ecosystems, would be devastating and require entirely different equipment and strategies than those used in conventional oil spills. Researchers recently simulated a 4 million gallon diluted bitumen oil spill north of the San Juans, estimating that it would cover between 22 and 80 percent of the southern resident killer whale’s critical habitat. Alaska already has seen the vulnerability of local orcas to catastrophic spills, including the complete loss of reproductive females in one population.

Now is not the time to increase our chances of a marine oil spill, nor is it the time to hinder our efforts to protect our endangered orcas. The effects of increased noise pollution from oil-tanker traffic is significant. Noise is one of the reasons the southern resident orca population is at a 30-year low. When large tankers cruise over the waves, the sound blankets the undersea world for miles, drowning out a whale’s ability to use echolocation clicks to find food and communicate.

As we put more vessel traffic on the Puget Sound, we also increase pressure on treaty protected fishing rights that tribal nations rely upon. Tribes in Washington state are our allies in protecting orcas and salmon in Puget Sound, and protecting these waters is one way to demonstrate our support for their right to fish.

This is a moment for seizing momentum to protect our orcas and combat climate change. Nations around the world — including Canada — are working to shift the global economy from dirty fossil fuels to clean energy. We must be vigilant in working to accelerate this transition, not slow or reverse it. Canada has aligned itself with a giant project that would promote and perpetuate greater consumption of fossil fuels — and greater carbon pollution.

We have applauded Canadian climate announcements over the years, from British Columbia’s pioneering carbon initiative to Prime Minister Justin Trudeau’s plan for ambitious nationwide carbon pricing. So it is with great disappointment that we view this proposal. The pipeline expansion would take us backward in profoundly damaging ways. It does not have the support of Washington state. The eyes of the world are now on Canada, and I encourage our partner to the north to take the long view and focus its investments on clean-energy jobs of the future, not more infrastructure for dirty fuels.