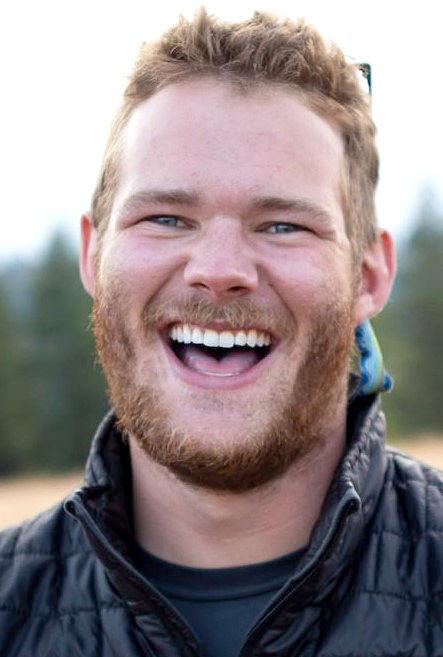 In June 2019 Gov. Brad Little convened his Salmon work group, setting members on a mission to develop policy recommendations to restore abundant, sustainable, and well-distributed populations of salmon and steelhead to Idaho. Consensus recommendations are expected at year’s end but extension of an existing agreement may become an obstacle, making the group’s proposals unfeasible before they’re complete.

Since 2008 Idaho has been party to an agreement called the Columbia Basin Fish Accords. The Bonneville Power Administration, U.S. Army Corps of Engineers, and Bureau of Reclamation composed the accords in an effort to stop the cycle of lawsuits that handcuffed the region since the early 1990s. The objective was a truce between the Northwest states and tribes and the federal government. Each tribe or state signed its own version of the accords, though not all joined.

In return for not advocating for measures more aggressive than what federal agencies wanted regarding the Columbia River system of hydroelectric dams, states and tribes would receive guaranteed funds for projects related to endangered salmon, steelhead and lamprey. That provided certainty for Idaho’s longer-term projects like multi-year studies, habitat restoration in the Lemhi and Pahsimeroi River regions, and a hatchery program for the critically endangered Snake River sockeye run.

States and tribes were already receiving funds from the agencies, who are legally required to mitigate for the effects of dams. Those who didn’t sign on to the accords, like the state of Oregon, continued to receive millions of dollars while not compromising their rights and ability to be stronger advocates for their salmon and steelhead.

Of course, the accords didn’t stop the cycle of lawsuits: the Nez Perce Tribe and Oregon refused to toe the federal line and argued in court that the federal plans were insufficient to save salmon, and their 2016 lawsuit over the Columbia River system succeeded. That victory forced the federal government to study the system for a sixth time, resulting in the recent Columbia River systems operations environmental impact statement, which ICL believes to be deficient and illegal.

The latest release of the EIS triggered the end of the current version of the accords: they’ll expire at the end of September. Negotiations on an extension are underway. According to the Governor’s Office of Species Conservation, the plan is for Idaho to sign a “bridge agreement” for two years before hammering out a longer duration accord.

It’s imperative that Gov. Little considers the following before signing any extension or a longer duration accord:

Signing the extension would pre-empt the governor’s own salmon work group and may run counter to its recommendations. The work group is in the middle of working on recommendations that span a wide swath of policies, programs, and projects. Many of these could ask the state of Idaho to push harder than the feds would prefer. Little brought this group together to form consensus solutions to save Idaho’s wild salmon and steelhead. If the state were to sign an extension that binds its hands, those solutions might no longer be possible.

Negotiations between the state and federal agencies should occur in an open and transparent manner. For too long, the fate of salmon and steelhead in Idaho has been controlled by regional bureaucrats and the courts. These fish are the lifeblood of river towns across Idaho: entire communities and industries depend on them, to say nothing of Native American tribes whose culture is connected to salmon. Any agreement should consider those Idahoans whose lives and livelihoods depend on fish that are on the verge of extinction. The governor has assembled many representatives of these groups in his work group; their perspectives should be heard.

The accords aren’t needed for continued support from the federal government. Oregon and the Nez Perce Tribe never signed the accords and still received funding from BPA’s Fish and Wildlife Program. From 2008 to 2018, Oregon received about $158 million, which is comparable to Idaho’s $174 million in that time. The Nez Perce Tribe received more than $178 million. Oregon and the Nez Perce maintained their sovereignty, were still able to complete important habitat and hatchery work, and received funds because BPA is required to distribute these funds. The state of Washington exited the accords in 2018, and now has the freedom to enforce water temperature standards on the lower Snake River to help salmon and steelhead. Washington’s funding from BPA increased after leaving the accords. Idaho has excellent fish biologists whose knowledge demonstrates that our salmon and steelhead need bold action. However, thanks to the accords, these voices cannot advocate for meaningful solutions beyond what the feds propose.

The Columbia Basin fish accords are a fishy deal for Idaho: guaranteed funding is a benefit to the state, but at what cost? If it perpetuates our fish’s continued slide toward extinction and silences the state’s scientific community, the money is of little use. Any deal that takes away Idaho’s sovereignty is bad for the state and our fish. Gov. Little and his staff should consider that carefully and proceed cautiously.