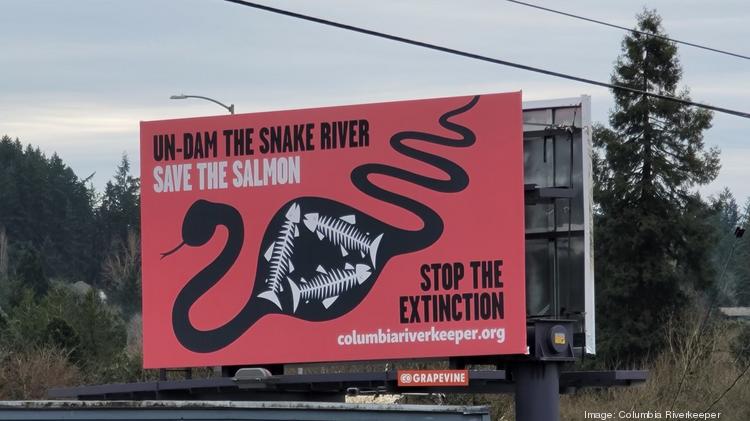 The Snake River’s once-abundant salmon and steelhead are nearly gone. Without swift and courageous leadership, the mighty rivers that define our region will lose their most iconic species.

And many Northwesterners will lose a way of life. We can’t ignore it any longer.

This past year marked the 30th anniversary of the Shoshone-Bannock Tribes’ successful campaign to add Snake River sockeye salmon to the Endangered Species List. Since then, all other Snake River salmon and steelhead species have been listed for protection, and throughout the entire Columbia River basin, 13 runs of salmon and steelhead are either Threatened or Endangered.

Despite legal protection, many runs are closer to extinction than ever before. Only four wild Snake River sockeye salmon swam safely back to their home waters in Idaho in 2021, the same number of fish that returned 30 years ago.

After decades of tireless work by Tribal and state fisheries agencies (backed by billions in federal money), Snake River salmon are trending towards extinction. Why? Most scientists agree that the Lower Snake River dams are simply four dams too many.

Even though salmon can spawn and grow in the Snake River’s tributaries, not enough fish survive their migration down — and back up — the mainstem Snake and Columbia for the populations to rebuild. Since completion of the four Lower Snake River dams in 1975, Snake River salmon and steelhead have declined by more than 90 percent.

Dams make the Lower Snake River too hot for salmon, and climate change is making a bad situation worse. Last summer, the Northwest was gripped by a devastating heat dome, and salmon felt the heat too. Nearly 70% of endangered Snake River sockeye salmon died in the super-heated Columbia and Lower Snake reservoirs. And steelhead runs were the lowest ever recorded. Removing the Lower Snake River dams would keep this stretch of river cool enough for fish, even in very hot years.

While improving ocean conditions may help young salmon in the short term, a temporary boost in ocean productivity won’t bring about recovery. Through good and bad ocean cycles during the decades since the Lower Snake River dams were built, salmon populations have declined and failed to recover. Now, it’s code red for Snake River salmon.

The loss of salmon imperils Tribes, fishermen, main street businesses, and Northwesterners’ very identity, from the Pacific coast to central Idaho. Fortunately, a solution is within reach: remove the Lower Snake River dams. It’s a bold step that demands courage and leadership and the willingness to face change. It’s also our last, best chance to stop extinction and deliver justice for Tribes. And it’s incredibly urgent.

Miles Johnson is a senior attorney for Columbia Riverkeeper. Les Welsh is associate director and director of conservation partnerships, Pacific, for the National Wildlife Federation