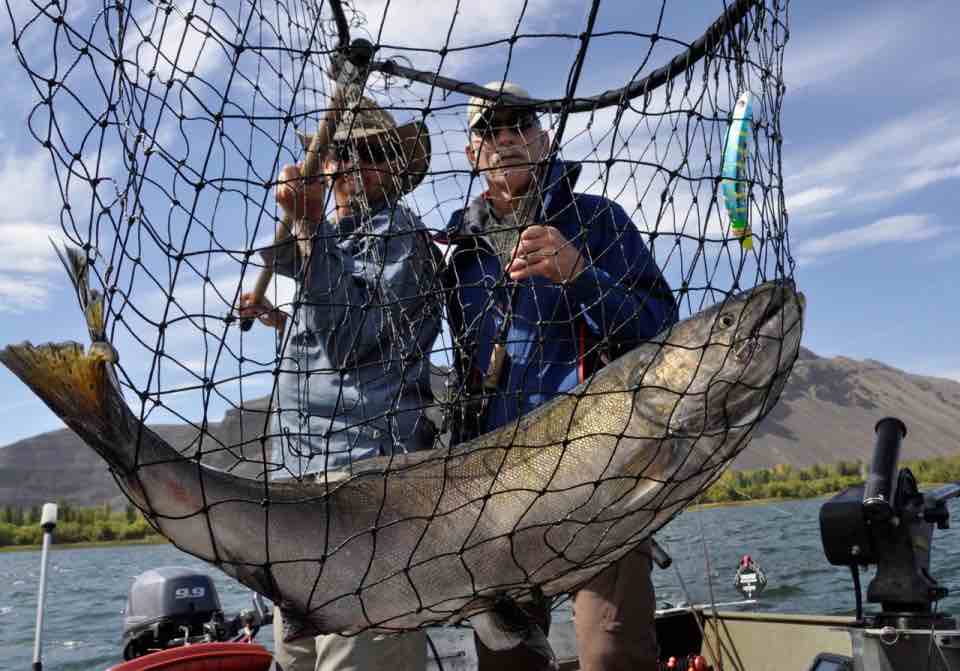 As another early heat wave passes, we're reminded of last summer's devastating, record-hot river temperatures that closed down fishing opportunities and killed hundreds of thousands of returning salmon. With new rounds of record-high temperatures impacting Northwest waters, we're bracing our businesses in case we see a repeat of 2015.

Thankfully, those in the fishing industry and all who care about healthy rivers also have reason for renewed optimism about what's on the horizon.

Last month, a U.S. District Court judge in Portland opened the door to meaningful salmon and steelhead recovery efforts in the Columbia and Snake rivers after decades of failed plans by the federal agencies that oversee hydro and salmon management. The judge unequivocally rejected the most recent plan for managing threatened stocks of native fish runs for not taking into account the harmful impacts that climate change and dams have on salmon. The federal agencies have spent billions of dollars over the past two decades on a series of flawed federal plans that have been inadequate for the salmon and the commercial fishing and sport fishing businesses they support.

We believe this historic ruling opens the door to a new approach that will protect and restore our iconic fish populations and the jobs they sustain.

The judge has demanded a new way forward that's rooted in the best science and takes into account all viable salmon recovery alternatives. This new ruling presents a terrific opportunity for Northwest people to finally get it right.

The court agreed with the plaintiffs ˜ fishing advocates, conservationists, businesses, the Nez Perce Tribe and state of Oregon ˜ and found the agencies in violation of both the Endangered Species Act and National Environmental Policy Act. It ordered a new lawful plan completed by March 2018.

Though impaired today, the Columbia/Snake remains one of the few productive river systems for wild Pacific salmon and steelhead. These rivers still support tens of thousands of fishing jobs across an area stretching inland to Idaho and along the West Coast from California to Alaska, bolstering a multibillion-dollar industry.

But with 13 stocks of salmon and steelhead still listed under the Endangered Species Act - and facing further threats from a changing climate - the court has insisted that federal agencies' failed strategies in the Columbia Basin require "a major overhaul."

Biologists have cited removal of the lower Snake River dams as the best tool we've got for restoring wild salmon at risk of extinction. Despite a rapidly growing list of river restoration success stories, federal agencies have avoided seriously considering this option. The recently restored Elwha River in Washington state is a nearby example of how quickly fish and wildlife populations can bounce back. Recent coverage in National Geographic points out that young chinook, chum and coho salmon have all seen unexpectedly rapid population spikes since the Elwha and Glines Canyon dams were dismantled.

Big decisions on the horizon will affect the health of our fish ˜ and thus our businesses ˜ for years to come, and the voice of the public must be heard in this process.

We are grateful for the leadership we've seen in the Oregon governor's office, going all the way back to Gov. Barbara Roberts, when it came time to hold federal agencies' feet to the fire and demand strong protections for fish in accordance with the law. Anglers and small businesses who depend on the health of salmon for our economic survival and way of life will now be looking to our elected leaders to ensure that federal agencies finally deliver a lawful plan that protects and restores our region's most iconic and irreplaceable species.

Liz Hamilton, of Oregon City, is the executive director of the Northwest Sportfishing Industry Association. Jeff Feldner, of Logsden, is a retired commercial salmon troller and currently serves on the Pacific Fishery Management Council. Chris Daughters is the owner of the Caddis Fly Angling Shop in Eugene and author of the popular OregonFlyFishingBlog.com.