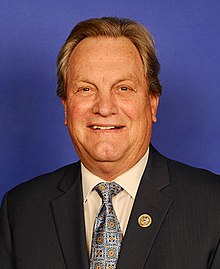 Washington, D.C. – “In the weeks since I have released my concept regarding the salmon, energy and dams issues in the Pacific Northwest, I’ve received a significant amount of feedback.  Some have wondered what my motivation is, so I thought it may be helpful to explain how and why I decided to take this issue on.

“As many of you may know, I am the top Republican on the House Energy and Water Appropriations subcommittee.  Our subcommittee has jurisdiction over the Power Marketing Administrations, which includes the Bonneville Power Administration (BPA) that serves our area.  Over the years, it has become evident to me that there are many costs that that BPA and their customers are bearing that are threatening their low-cost power rates.

“I was continually told that the $600 million plus per year in “fish costs” that BPA was spending, plus the additional spill that was required by a federal judge starting in 2018 were costs that are both strangling BPA and increasing year over year.  Power customers were already threatening to buy their power elsewhere as BPA’s rates creeped up, becoming uncompetitive.  Fast forward three years and hundreds of meetings, calls and conversations - here we are.  The concept I have developed is the product of our effort at unwinding the complicated fabric of the economic and societal benefits of the four Lower Snake River dams.

“I do not see an end in sight to the litigation surrounding those dams.  And I realized that while a judge may not be able to order the dams removed, a judge or an administration can make them so expensive that it no longer makes sense for them to continue to operate.  I looked at the example of the Klamath Basin irrigators and Endangered Species Act threats to producers and stakeholders.  They had an opportunity to reach a basin wide settlement and Congress was unable to finalize the deal.  Now, a decade later, four dams on the Klamath River in California and Oregon are in the process of being removed by 2024, and the stakeholders never received a “deal”.  This is a situation I am trying to avoid.  My concept is an attempt to recognize the value and benefits of the dams and to replace them.  Not to roll the dice and see what someone else comes up with for us.

“I have spent my life working to protect our communities and to solve complicated problems.  I don’t pretend to know all the answers, but I know if I put the right people together there is no challenge we cannot resolve.  I understand that this concept is difficult for many.  Deciding to do something differently always is.  But I am convinced that at a certain point in the future, the decision will no longer be ours.  This is my attempt at writing our own future where the endless battles end but there are no winners or losers.  I am willing to put my career on the line for the right plan.  I am also willing to walk away from the wrong plan.  I commit to my fellow Idahoans that if this comes together and I am not fully convinced that all parties are protected in the outcome, I will not pursue it.   We truly have an opportunity before us, though, and I am asking stakeholders to seriously look at the plan.  Is this something you can work with?  Is the uncertainty of the future worth the risk of trying today?  I hope so.