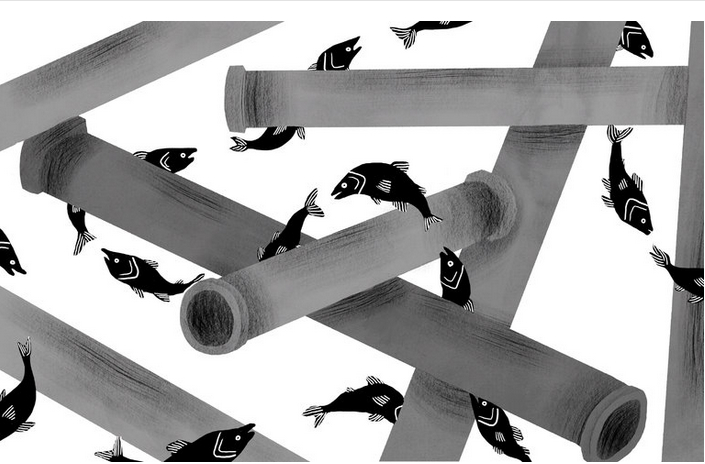 By The Editorial Board

In one, a federal court in Seattle found that 150-year-old treaties guaranteeing Native American tribes a permanent right to fish for salmon had been gravely compromised by hundreds of roadway culverts and pipelines that blocked the fish from reaching traditional spawning grounds.

The original treaties did not envision “such a cynical and disingenuous promise,” Judge William Fletcher, of the federal appeals court for the Ninth Circuit, ruled last week. He upheld a lower court’s order requiring Washington State to replace hundreds of culverts with bridges that restore the natural flow of the salmon runs.

The other hopeful sign was a stirring decision in May by Judge Michael Simon of the Federal District Court in Portland, Ore., ordering federal agencies back to the drawing board to devise an aggressive plan to stave off extinction for 13 salmon and steelhead species in the Columbia River basin that are listed as endangered or threatened under the Endangered Species Act. He found the government’s latest proposal not only inadequate but illegal, in that it fell well short of the act’s mandate to ensure a species’ long-term recovery.

The ruling showed Judge Simon to be as vigorous a champion of the fish and of the act as his predecessor, now-retired Judge James Redden, who had rejected three survival plans from three different administrations — Bill Clinton’s, George W. Bush’s and Barack Obama’s. Judge Redden’s basic complaint was that none of the plans, however grand their promises of restoring fish habitat, called for the kind of major changes in the operations of the Pacific Northwest’s hydroelectric system necessary to ensure recovery. At best, he said, they promised to do little more than to slow the rate at which the fish would go extinct.

Judge Simon has come to essentially the same conclusion about the Obama administration’s latest proposal. But he went further by ordering the agencies to give serious consideration to an option that politicians in the Northwest have run from for years, but that offers the salmon its best chance — breaching, bypassing or removing one or more of the four big dams on the Lower Snake River. These dams are seen by many biologists as the single biggest obstacle to salmon recovery, and studies have shown that the power they generate can be replaced.

For two decades, the agencies have refused to even consider this course. Now they have to.

In the clamor of progress now driving the Pacific Northwest, these two rulings are well-timed reminders of the obligations to both nature and treaty law that must not be sacrificed along the way.