LMT Opinion: Simpson’s plan can make all of us winners 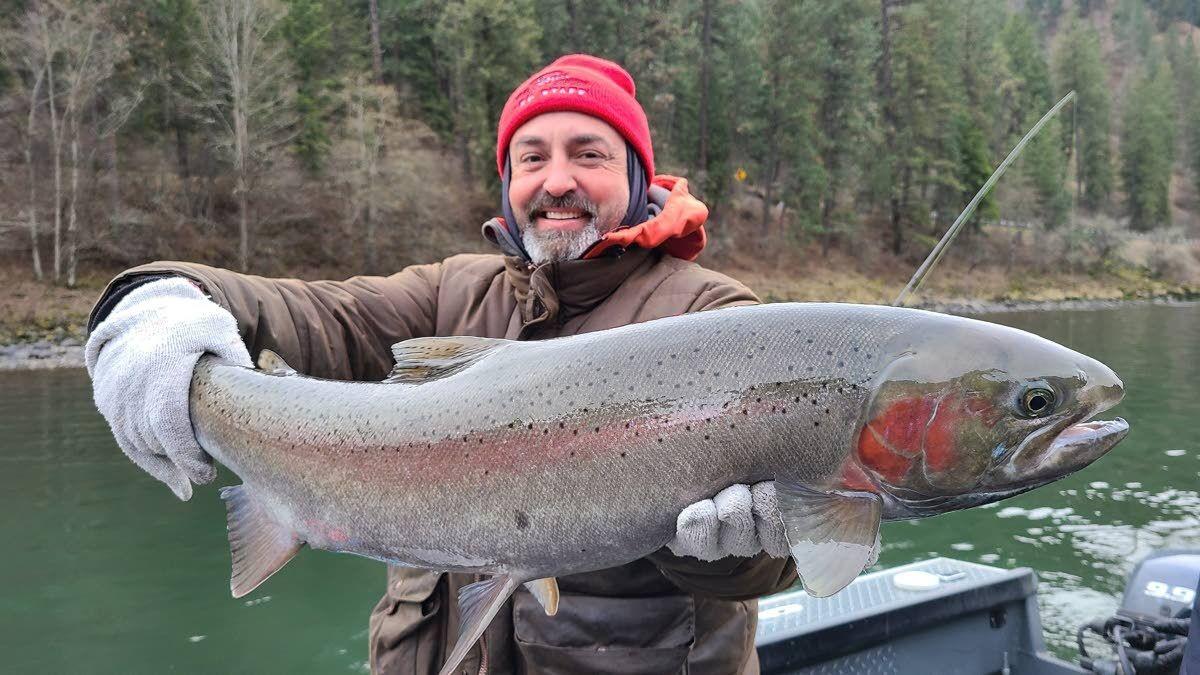 Let’s face it: We need it and they need it right now.

In 1991 at the age of 18, I made a decision about my life. I was going to be a fishing guide. As a present to myself on my 18th birthday, I took the U.S. Coast Guard captain’s test, ultimately passing and sealing my fate for a future on the water.

I never thought it was going to be easy but in 1991 there was some assurance that guiding steelhead fishermen was doable. That year, 100,000 steelhead passed over Lower Granite Dam.

Through the ’90s, fishing was good, with returns much higher than what we’ve seen in the last several years. There was a belief then that we had solved the issue of dams and salmon and steelhead. That was farther from the truth than I realized.

In 1997, I struck out on my own as an outfitter, starting Reel Time Fishing. It was lost on me that in that same year Snake River steelhead gained a spot on the Endangered Species list as “threatened.” As opportunity for hatchery steelhead grew, so did my customer base and my business. It’s not lost on me they remain on that list today.

In 2001, it was too good to be true. For the first time in several decades, Idaho was home to an incredible spring chinook run and a long-forgotten fishery. This and subsequent years corresponded with incredible steelhead returns. The future was looking bright. With what looked like consistent spring chinook seasons and steelhead runs, my business was thriving, employing two guides.

Those spring chinook runs have since proven unreliable and have returned to numbers that mimic those that got the fish on the Endangered Species list in 1992 — all despite massive efforts of hatchery supplementation, flow management, barging and every fix imaginable.

With seasons short-lived or nonexistent, as a businessman it’s a fool’s errand to count on them. The same can be said for steelhead. With closures and expanded restrictions, it’s time for change.

My business has grown despite these poor runs, but only because I’m adapting to changing runs and working harder. My business model today looks much different than it did in 1991.

Rather than fish my home waters on the Snake and Clearwater rivers, I now follow these runs home. Starting in Astoria, Ore., following these runs to their natal waters, stopping at The Dalles and Rufus, Ore., and Tri-Cities, Wash. Annually, I spend 200 days on the water guiding upwards of 800 fishermen to salmon and steelhead throughout the Columbia and Snake rivers.

The one thing I’ve learned during the course of my career as an outfitter and business owner is the necessity to be adaptive — whether it is changing out lures or bait in search of the bite or putting in the extra hours to keep my business afloat and six guides employed.

I’ll admit change is hard. Changing my business model to include more nights than I care to admit being away from my family was a hard decision, but one that needed to be made.

It’s no different than the changes proposed in Simpson’s plan.

You see $17 billion has been spent to mitigate for the Columbia and Snake rivers hydro-system. Mitigation that was to improve our runs failed. We now have a real opportunity to improve our salmon and steelhead runs while improving our community. Simpson’s plan has $350 million directed to the Lewiston-Clarkston Valley. That doesn’t even account for money directed into nearby industries or restoration work throughout the lower Snake.

It goes without saying when I first learned of Simpson’s plan in January 2020 during a trip to Washington, D.C., lobbying on behalf of outfitters and guides, it seemed more of a dream rather than reality.

Simpson’s proposal is a well-thought-out plan with room to make it our own. His plan no longer pits one community over the other; this plan makes all of us winners. Winning is what our region and community should be about, with abundant salmon and steelhead, abundant agriculture, abundant clean energy and bustling economies. We can accomplish this with Simpson’s plan.

Wyatt is owner of Reel Time Fishing in Clarkston.