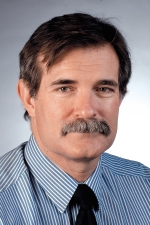 A decade ago, Idaho agreed to back the federal government's fish recovery efforts along the lower Snake River.

The state of Oregon and the Nez Perce Tribe did not sign and continued litigation with the federal government.

In the 10 years since, the landscape has changed.

The federal courts have repeatedly declared the dam community's fish recovery plans inadequate to meet Endangered Species Act requirements. A fifth plan, ordered by the third judge in the case, is under way. So is an environmental impact statement that may weigh in on whether the benefits of four dams on the lower Snake River merit the costs.

Navigation along the Snake River has shriveled to the point that - as the Tribune's Elaine Williams reported last month - the Port of Lewiston relies on other enterprises to provide 94 percent of its $1.61 million budget.

The Pacific Northwest is so awash in surplus electricity - due to low natural gas prices and renewables - that the Bonneville Power Administration is selling hydropower at a loss. As columnist Randy Stapilus noted on this page earlier this month, BPA's reserves have dropped from $1 billion a decade ago to about $5 million now.

Even the political environment in the Evergreen State appears to be in flux. Congresswoman Cathy McMorris Rodgers' bill to stymie U.S. District Judge Michael Simon's increased spill order split the state's congressional delegation along partisan and geographical lines - and generated opposition from Sen. Patty Murray in the process.

The fish accords expire on Sept. 30, and a group of Idaho conservation groups fears Gov. C.L. "Butch" Otter will extend the state's commitment for another three to five years.

"To prevent extinction of Idaho salmon, Idaho's next governor may have to: challenge federal agencies in public, advocate stronger federal action in hydro or harvest management downstream, insist that public salmon funds be spent more wisely and effectively than federal agencies are doing now, or go to court," environmental activists, including the Idaho Conservation League and Idaho Rivers United, wrote.

If Otter is contemplating such a step, that's rather presumptuous on his part. He walks out of the governor's office on Jan. 1, 2019.

Between then and now, Idahoans may wind up debating the choice between dams and fish as a focus of the contest between Republican Brad Little and Democrat Paulette Jordan to succeed Otter.

Who knows? Maybe fish recovery becomes for the 2018 race what the Boulder-White Clouds became to the 1970 race for Idaho governor - a game-altering issue.

In any event, why would Idaho voters want a lame duck governor precluding them from that making that call?

Should Jordan become the first Democratic Idaho governor in 24 years, you might expect a shift in policy.

But even a continuation of Republican rule under Little will involve change. He will bring his own team and his perspective - possibly tempered by what voters tell him during the campaign - to fish management.

Why would Little want to be bound by a contract signed in the waning days of his predecessor's administration?

Extending Idaho's fish contract with feds into the term of Otter's successor rests on one of two conclusions:

Either Otter has no faith in the voters.