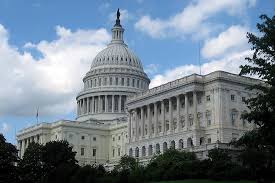 If you happen to support the four dams on the lower Snake River, you may want to ask whether Congresswoman Cathy McMorris Rodgers has truly helped your cause.

Oh, sure, McMorris Rodgers last week cleared through the House a bill to curtail a federal court judge's ruling calling for more spill to help imperiled fish migrate to the Pacific Ocean - as well as block for another four years any changes in dam operations.

The 225-189 vote was largely along party lines - eight Republicans voted against it; an equal number of Democrats voted for it.

In Idaho, Rep. Mike Simpson voted yes; Rep. Raul Labrador - one of McMorris Rodgers' cosponsors - was on the gubernatorial campaign trail and did not vote.

Sure, the east side of the state can argue that the west side doesn't understand it or its dams. But how far will you get toward a solution to the dams vs. fish quandary when your own delegation is split down the middle?

How can you get anywhere when your own senior senator signals her disapproval?

"This is an ongoing legal process intended to account for all uses of our critical river system and a court-mandated comprehensive review that everyone can participate in, so I oppose this legislation that would cut off and politicize what should be a robust and transparent process," Sen. Patty Murray, D-Wash., told the Tri-City Herald last
week.

And how much progress can you get when every one of McMorris Rodgers' arguments can be brought back down to earth?

For instance, McMorris Rodgers says: "We are recognizing the role dams play in the Northwest and that dams and fish can co-exist."

Co-existing? Wild fish populations are about 10 percent of pre-dam levels - and continuing to slide.

If McMorris Rodgers' allies are correct, increased spill will cost Bonneville Power Administration $40 million in lost power generation revenues. It still pencils out to about 1.5 percent of BPA's revenue requirements. For a BPA customer paying $100 a month, it would meanless than a $1 increase.

Complaining, as McMorris Rodgers does, about having "been in court now for 20 years" obscures the fact that three separate federal judges - as well as the 9th Circuit U.S. Court of Appeals - have reached remarkably similar conclusions: Each of the five fish recovery plans failed to comply with the Endangered Species Act. The rest of the country may find that compelling.

Newhouse, who cosponsored McMorris Rodgers' bill, argues "the experts … should be the ones deciding how to best manage this system, not a judge in Portland, Ore."

Where did these judges get their information? From reams of expert testimony - on both sides - that have been presented to the courts.

So McMorris Rodgers and the GOP House gave the dam community a political sideshow, but not much more.

On the other hand, McMorris Rodgers got a talking point for her re-election campaign.