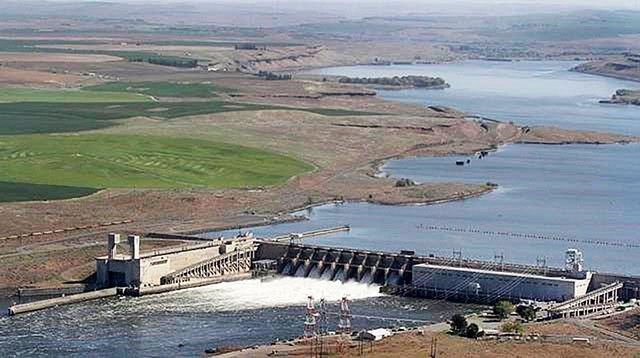 U.S. Rep. Mike Simpson’s 2019 “what if?” challenge to Pacific Northwest leaders forever changed the regional and national debate over how to save the iconic Snake River salmon and steelhead.

The Idaho Republican congressman’s question about what would be necessary to keep the region’s residents whole if four dams on the lower Snake River were breached came at the Andrus Center for Public Policy’s April 2019 conference, Energy, Salmon, Agriculture, and Community: Can We Come Together? My father, former Idaho Governor
and Interior Secretary Cecil D. Andrus, established the Center at Boise State University to bring together people across a broad variety of perspectives to find solutions to the problems we face in the West and the nation.

An avid outdoorsman, my father loved to hunt and fish and cared deeply about our wild places and creatures. He fought hard for more than 50 years to save salmon and steelhead, especially in his last two terms as governor in the 1980s and 1990s.

Our 2019 conference addressed the many interrelated issues that must be considered for our region to successfully move forward. The dams provide value to our people and our communities. But they have also helped move salmon and steelhead toward extinction, impoverished tribal people and harmed river communities.

On Feb. 6 this year, Congressman Simpson provided his own “what if” answer in an ambitious $33.5 billion proposal crafted to keep all stakeholders in an equal or better place. To date, few elected leaders have stepped forward to engage in the discussion, with the exception of tribal leaders and governments who have demonstrated unprecedented unity and support for Simpson’s proposal.

This spring, the Andrus Center decided to measure our collective progress since 2019, take stock of where we are now, and look at what may be needed to ensure progress continues. In May, we reconvened for Chapter Two of Energy, Salmon, Agriculture, and Community: REVISITED.

More than 375 people joined us to hear from tribal and congressional elected officials, representatives from utilities, farmers, grain shippers, river communities and conservation and sportsmen groups from across the Columbia River Basin. Attendance exceeded that of 2019.

The Andrus Center recently published its 2021 findings in a white paper. Key among them was Congressman Simpson’s conference opening assertion that “After studying this issue and the life cycle and the recovery efforts that have been made in the past, the science dictates either removal of these lower four Snake River dams or the extinction of the Snake River salmon.” Further, Nez Perce tribal biologists declared that dam removal may be the only thing that prevents extinction in the face of climate change.

Simpson’s strongest allies in his quest to save Snake River salmon and steelhead are the Northwest Indian tribes. Their unified embrace of his Columbia River Initiative, and his clear testament to the importance of salmon to tribal cultural values at July’s Northwest Tribal Orca and Salmon summit, has brought a powerful ally to the Congressman’s efforts.

To fully solve this problem, though, Northwest electric utilities must also become active participants in determining how the region will replace the power and capacity of the four lower Snake River dams if they are removed.

Sen. Patty Murray and Gov. Jay Inslee of Washington state, where the dams are located, have announced their intention for a new process to address salmon ecovery. It’s expected to be time-limited with the intention of looking at legislative action before the 2022 midterm election. But if this seemingly intractable issue is to be resolved by 2022, it will take active and vocal leadership from the Biden administration, which to date has had many players and no clear leader on the issue.

My father first sued the federal government over its lack of Endangered Species Act protections for Snake River salmon and steelhead in 1993. Many lawsuits later, and billions of federal dollars spent in mitigation, it’s time for the administration to put our taxpayer dollars toward solutions rather than continued palliative efforts that have proven time and again to be insufficient.

President Jimmy Carter tapped my father, then Interior Secretary, to be that vocal leader for the federal government in its effort to resolve another contentious issue — how to manage millions of acres of public lands in Alaska. Competing interests over energy, tribal lands, logging, mining and preservation were similarly in need of a comprehensive response. Through committed leadership and broad stakeholder involvement, the resulting Alaska Lands Act of 1980 ultimately designated protections for 103 million acres of national parks, refuges and wilderness, resolved tribal claims and satisfied a host of competing interests.

It can be done. With leadership from the Biden administration and a bipartisan regional effort, we can keep salmon from going extinct, preserve tribal culture and advance the Northwest’s economy.

My father wrote, “The salmon is the center of a spiritual religion, and a significant part of this entire region, and must not be permitted to move into extinction.” I’m calling on the Biden administration to recognize the efforts of Congressman Simpson, Sen. Murray, Gov. Inslee and the Pacific Northwest tribes and become an active participant, and leader, in crafting a solution — before it’s too late.

Tracy Andrus is the president and chairman of the Andrus Center for Public Policy at Boise State University.