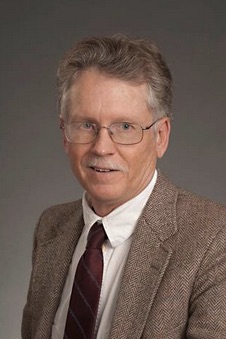 I ask Idahoans to take a fresh look at our endangered sockeye salmon. There is a win-win-win solution we should adopt.

How is it a winning plan? First, it saves taxpayer money currently wasted on barges and obsolete dams. Second, their return would bring millions to Idaho tourism (our state’s third largest industry). Third, it is the best way to bring back sockeye salmon (and benefits wild steelhead and chinook as well).

First, I want to state that I am not a hater of dams. Many dams are good. However, not all dams are still useful.

The Army Corps of Engineers’ documents show 79,000 dams in America. Former Secretary of the Interior Bruce Babbitt has been vocal in saying that there are obviously some of those dams that are harmful or obsolete. Those terms fit the lower four Snake River dams.

The American Fisheries Society studied the problem and concluded, “Whereas river shippers pay only 9 percent of costs of lower Snake River navigation … and the remainder is subsidized by electric ratepayers and federal taxpayers and: Whereas the power generation of the (4 dams is) … 4 percent of the Northwest’s power needs (mostly during spring runoff when it is least needed and most replaceable) while only producing 1 percent … during high demand periods … if (society) wishes to restore Snake River salmon, steelhead (and others) … to sustainable, fishable levels, then a significant portion of the lower Snake River must be returned to free-flowing condition by breaching the four lower … dams.”

We taxpayers have paid hundreds of millions to keep a dam and barge system operating from Lewiston. But customers are using the rail system, not barges.

A recent Rand Corp. analysis found that breaching could save taxpayers $1.6 billion to $4.6 billion. Your money. They also concluded that electricity rates could actually go down with the breaching of these four obsolete dams.

Another study called Revenue Stream found that restoration of salmon fishing in Idaho could increase our revenues by $556 million annually. Idaho needs that money.

Last summer the media reported about unnaturally warm water in the rivers. “We think 80 to 90 percent of the adult (Snake River) sockeye are going to be lost this year,” a federal fisheries expert said.

Recently, a federal judge ruled that once again the proposals for salmon restoration were a waste of his time. He told the parties to not come back until they had proposals including the option of breaching those dams.

Bringing back sockeye plus not wasting taxes for a barge system plus hundreds of millions of dollars in tourism and sportsmen’s money to fish in Idaho equals a winning solution. I challenge Idaho’s congressional delegation to introduce that legislation.

In 2006, interim Gov. Jim Risch released sockeye smolts in Redfish Lake, saying, “Abandoning the recovery of these fish is not an option.” Let’s see our delegation do something about it.

Ted Eisele is a former TV news director in Boise and California. He has also been a teacher (BSU and Nampa High) and an instructional TV specialist for BSU. He is currently doing freelance writing and photography.

Read the article at the Idaho Statesman here: http://www.idahostatesman.com/opinion/readers-opinion/article85403067.html#2