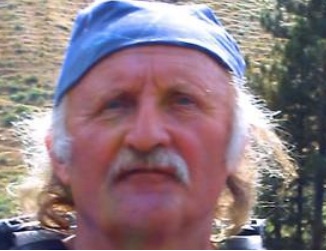 I run Wapiti River Guides in Riggins, and 16 years ago attended the ground zero fish/dam scoping hearings with several fellow guides. Nothing has changed, except two of them are now dead. How long will this neglect of not doing what is right for fish and people continue?

Drowning Celilo Falls was travesty enough; must we now lose all our wild salmonids, too?

My livelihood depends on wise environmental stewardship and is as important to me as a farmer, Native American or anyone else’s is to them. But, wise decisions cannot be made with biased information and foot dragging by federal agencies ignoring the original EIS already containing the best alternative to save fish. The Action Agencies cherry-picked and misrepresented their own data to taint a fish stew fed to the public, while flushing billions of dollars down the drain using alternatives that were worse than doing nothing.

The public deserves real truth. We don’t need a new EIS without an alternative for breaching. Quote: Page 25, original 2002 EIS:

“Alternative 4 provides the highest probability of meeting the survival and recovery criteria under the PATH analysis.”

All alternatives have not worked since day one, while breaching, spelled out in the Action Agencies’ own study, contains the best chance for success. But politics fixed that. Indeed, “water runs uphill towards money.”

An Earth Economics Analysis report shows: Dams provide a cost benefit ratio of 0.15, while a free-flowing river may yield a ratio of 4.3. Their study concluded dams are an economic burden and need breaching (eartheconomics.org <http://eartheconomics.org> ).

Collaboration is wonderful. But two steps won’t get you over a chasm that requires one giant leap. Not breaching is like cutting tails and fins off wild fish and expecting them to return.

We also have treaty obligations to provide fish for First Nation people. But 50 percent of zero is zero. My question is, how can we trust a federal government that broke nearly every treaty with native people to have any better treatment of people and fish of today? If we can breach treaties, why not dams?

Action agencies should be held accountable and considered in contempt of court if they do not consider breaching, as judicially warned to do and the RPA (Reasonable and Prudent Alternative within original EIS) requires them to prepare for, as an action that could become necessary if applied alternatives fail. (Page 25)

We don’t need another costly process with misleading data, and fish don’t have time to wait. One drop of water contains all of the river’s essence, while one dam contains the shallow avarice of man’s. But one morally right decision (alt 4) can save the essence of wild fish, only if made.

Building a boat with the wrong math won’t float. Don’t be fooled by federal fancy dancing with the truth. Get informed and be active. Natural and social justice demands such.

Turning the other cheek to bureaucracy, industry and the consumption culture doesn’t work. It will only lead to a “ceremony of tears.”

Gary Lane is an owner-outfitter/guide for Wapiti River Guides, a guide service based in Riggins for whitewater rafting and driftboat steelhead and salmon fishing on the Salmon River.