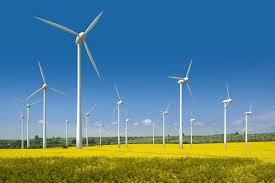 The Northwest’s aging infrastructure hit the headlines in 2014. First came discovery of a massive 65-foot crack in the Columbia River’s Wanapum Dam, followed by news of disintegrating gates in lower Snake River dam navigation locks that disrupted waterway traffic for weeks and cost taxpayers millions of dollars to repair. Then the U.S. Army Corps of Engineers began a seven-year project to “shore up” at-risk jetties at the mouth of the Columbia River that’s certain to cost far more than the projected $257 million.

You’d think the federal government would have sat up and taken notice. You’d be wrong.

Despite a growing backlog of unfunded infrastructure maintenance projects regionally and nationally, the Corps will cap 2014 with a “new” plan to spend millions more each year to prop up a lower Snake River navigation waterway of marginal and dwindling economic value.

But the resources to address our infrastructural needs are shrinking.

Maintenance costs are rising rapidly on 50- to 75-year-old projects like the Portland levees and Columbia River jetties, setting up a number of tough “repair-or-remove” decisions for the Northwest. The balance sheets show that repairing Wanapum makes economic sense, as does dismantling three outdated dams on the Elwha and White Salmon rivers.

With the recent release of a report from the Army Corps of Engineers, a new conversation has opened up on the dubious value of the lower Snake River barging corridor. Over the last 15 years, shipping on the river has plummeted, maintenance needs have ballooned and non-barging transportation alternatives have expanded.

Lower Snake container traffic is a quarter of what it was in 1998, now amounting to just 4 percent of the total traffic on the combined Columbia/Snake. Government figures show taxpayer subsidies for the waterway surging to as much as $10 million a year. Meanwhile farmers near the lower Snake are investing millions of their own dollars to expand a local rail network that will draw even more business away from the river.

The Corps’ sediment management plan released in August evades any honest assessment of waterway costs, benefits and viability. It ignores the region’s infrastructure challenges and does a great disservice to river businesses and communities that need reliable information to effectively target their own limited resources.

The Corps could and should be freeing up exceedingly scarce dollars to fund a suite of pressing maintenance projects on the far-more-valuable lower Columbia waterway. It should acknowledge the necessity of investing in a modern, sustainable transportation network to serve lower Snake River communities — and assist a transition there that can help secure much-needed resources to protect and preserve aging-but-valuable infrastructure on the lower Columbia.

Given scarce federal dollars, the Corps needs to help Northwest people face and make difficult choices on the lower Snake and elsewhere. Until then, our communities and our tax dollars will remain at risk.

Norm Ritchie is a retired professional engineer. He lives in SE Portland with his wife.