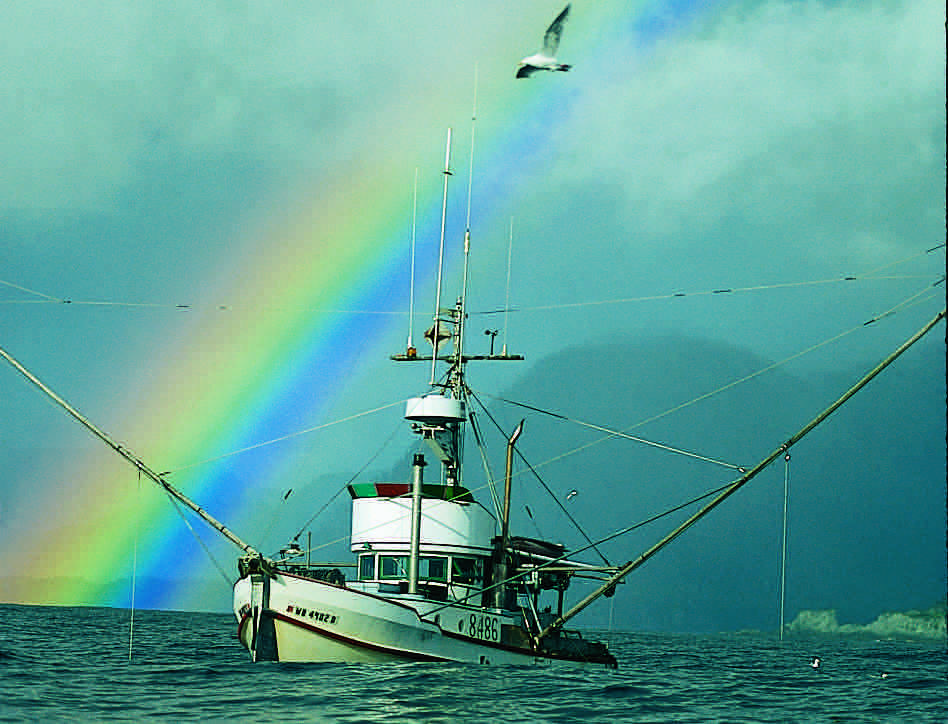 By Glen Spain and Joel Kawahara

After decades of watching failed attempts to fix a broken system, West Coast fishermen now have a golden opportunity to push for a serious Columbia River salmon recovery plan. Federal agencies and dam operators will hold a public meeting in Astoria on Thursday to seek public input on a new approach — and it’s crucial that they hear from the fishing community!

Wild salmon runs from the Columbia Basin, once 10 to 16 million strong, now stand at less than 3 percent of those numbers (less than 400,000 wild fish). Nearly half of this historical production was in the Snake River, but most of what’s left of this habitat is behind four federal dams on the lower Snake River.

Those dams — Ice Harbor, Lower Monumental, Little Goose and Lower Granite — were built on the Snake (the Columbia River’s largest tributary) in the 1960s and 70s. When the project was up for approval in 1949, Washington’s Department of Fisheries warned that it would harm fisheries, writing: “Salmon must be protected from the type of unilateral thinking that would harm one industry to benefit another.”

This warning went unheeded. Although they created a subsidized barge route for agriculture, the dams exacted an enormous economic and social toll through lost fishing economies.

The history of litigation seeking to secure adequate protection for salmon stretches back 24 years. Most recently, in May 2016, a federal judge in Oregon invalidated the federal government’s fifth try at a legal Columbia River salmon plan. The latest version — just like the four that came before it — doesn’t do enough to safeguard endangered wild salmon, the judge ruled, and the entire system “cries out for a major overhaul.”

This sent federal agencies back to the drawing board, prompting the Astoria meeting and others like it. The removal of the four lower Snake River dams is now firmly on the table, but it won’t happen unless
agencies are compelled to finally confront that it’s the only viable path forward for salmon. Many scientists, including the Western Division of the American Fisheries Society, have already found Snake River dam removal to be the single most effective step that could be taken to rescue the Columbia Basin’s endangered and threatened salmon runs. But the federal agencies have, to date, done their very best to ignore the dam removal option.

The four lower Snake River dams generate relatively little power, amounting to only 4 percent of the Columbia’s federal power system’s base production, most of it during April-June runoff periods when it is least needed. The only major benefit any of these four dams ever provided is heavily subsidized river barge transportation — but these marginal benefits are now swamped by the ever-rising costs of maintaining this aging system and could be cost-effectively replaced by investments in the more flexible existing rail system.

The West Coast salmon fleet once freely ranged the coasts from March until at least the end of October. Unfortunately, those kinds of seasons are no more. Conservation measures necessary to protect weakened Snake River fall-Chinook and other stocks increasingly constrain salmon fishing from Alaska to Central California.

In 2000, the government estimated the personal income value of the original historic Columbia runs at approximately $500 million/year, enough to support 25,000 family-wage jobs in coastal communities like Astoria, stretching all the way up to southeast Alaska and south to central California.

But during the 1990s, the annual economic value of all Columbia-based ocean salmon fisheries dropped to under $20 million, and has only slightly improved since. The difference between those two numbers is what the industrialization of the Columbia River has ultimately cost our industry and our fishing communities.

In spite of massive historic losses, the West Coast salmon industry continues to depend upon Columbia and Snake River salmon. Recently, between 30 percent to 50 percent of ocean harvests from Southeast Alaska to Oregon are from the Columbia River, and it also provides for treaty and nontreaty in-river fisheries. Columbia River salmon still mean fishing jobs that supply needed income and a sense of pride and place for communities throughout the region. But hydroelectric development has cost our communities dearly.

We need federal agencies to follow the law, apply the best science, take input from the people of the region, and come up with a well-thought-out plan that offers a real solution. To get it right, they must legitimately analyze every option on the table — including an honest look at lower Snake River dam removal.

Federal agencies will hold a public meeting 4 p.m. to 7 p.m. Thursday at The Loft at the Red Building, 20 Basin St. . All are welcome to attend and provide input.

Joel Kawahara (joelkaw@earthlink.net) is a long-time salmon troller working offshore Washington and Alaska, and a board member of both the Washington-based Coastal Trollers Association and Alaska Trollers.

Glen Spain is the northwest regional director of the Pacific Coast Federation of Fishermen’s Associations (www.pcffa.org).