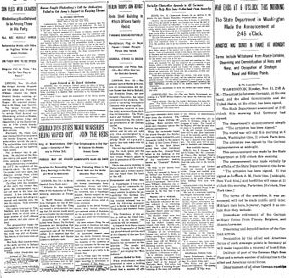 Although this year’s relatively abundant returns of fall Chinook might seem to mark a kind of success in the long-running struggle to ensure salmon survival, true progress remains elusive. In particular, a newly revised plan for restoring wild salmon is disappointing.

Going by the peculiar name of biological opinion (bi-op for short), this planning document from the federal NOAA Fisheries service is the essential blueprint for how the federal government will meet its obligations to salmon under the Endangered Species Act. Heroically no-nonsense federal judge James Redden, who recently retired, repeatedly held federal feet to the fire as bureaucrats offered bi-ops that made only superficial progress toward setting salmon on a path to sustainable populations. Perhaps rolling the dice that a new judge won’t want to continue in Redden’s proud tradition of profound skepticism, NOAA Fisheries’ latest effort remains rooted in the games of the past. In the same way it has enthusiastically embraced other Bush administration priorities like snooping on American communications, the Obama administration also continues offering “stay-the-course” salmon plans. These defer to the Columbia River’s industrial users while making little real effort to permanently repair the disconnections caused by dams and reservoirs.

The revised bi-op released Sept. 9 delivers the message that effectively says, “We feel like we’re doing a great job and we don’t feel like we need to do more.”

In fact, in some ways the agencies want to do less. The release of extra water from reservoirs in August, required by court order since 2006 and likely a significant factor in better returns of upriver bright salmon, is on the chopping block. As sought by the Nez Pierce Tribe, the state of Oregon and others, if anything these “spills” should be increased to better supplement in-stream flows that have for too long been sacrificed to hydropower generation.

In a similar vein, the new bi-op does little to address Redden’s demand for concrete information about exactly how proposed habitat restoration work in the Columbia estuary and its tributaries might make up for continuing losses of salmon in the hydropower system. In the absence of congressional funding and local buy-in, Redden realized many of these plans are only so much pie in the sky.

NOAA Fisheries and the Obama administration can still salvage a legacy of rebuilding the Pacific Northwest’s iconic salmon runs. Salmon and the communities that rely on them need a collaborative regional management structure that is responsible for delivering genuine, measurable and sustainable improvements.

This latest bi-op proves once and for all that agencies are incapable of overcoming the sad inertia of low expectations.

Read the editorial online at the Daily Astorian here.