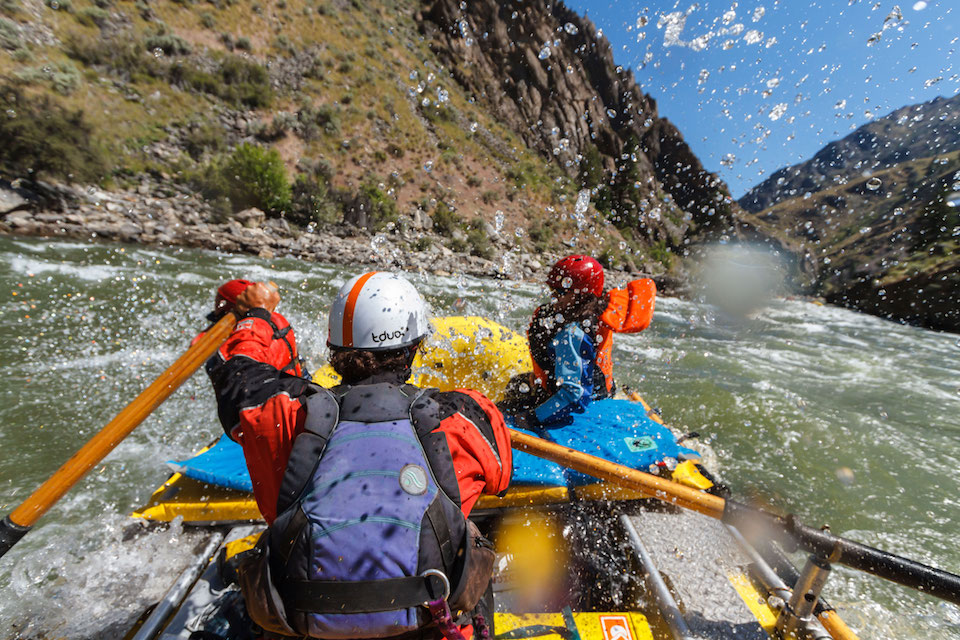 I have spent my life on rivers, starting as one of the original dory guides in the Grand Canyon with legendary river-runner and conservationist Martin Litton. It was 1972 when Martin heard there was an opportunity to get a commercial permit in Hells Canyon. Martin asked me if I would like to take some boats and a crew to Idaho to start a second area of operation for Grand Canyon Dories, now O.A.R.S. Dories. We made an initial trip up to scout the Snake River through Hells Canyon, and before long, we’d started up the Idaho operation out of my family’s backyard in Clarkston, Washington. We then moved across the Snake River to Lewiston, Idaho, just as Lewiston was being transformed into West Coast’s most inland seaport thanks to four new, large dams on the lower Snake River. Those dams transformed the rivers where we were running dory trips. Salmon populations plummeted and 70 named rapids disappeared underneath the four new reservoirs.

To Martin, to compromise was to lose. While many of us don’t draw as hard of a line, here on the lower Snake we have compromised too much for the last half century. Luckily, with rivers and salmon, we can make amends.

The growing call to remove the lower four Snake River dams represents a once-in-a-lifetime opportunity to bring about the largest river restoration project in history. And the benefits of a restored lower Snake River help more than just our salmon. 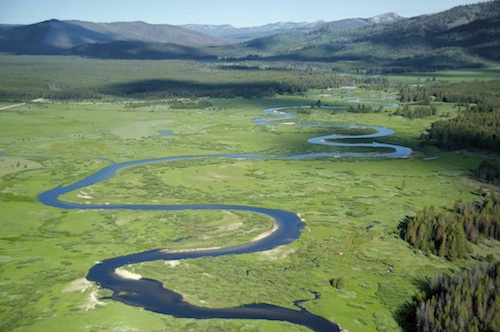 Every year, Americans spend more than $646 billion on outdoor recreation. In Idaho alone, outdoor recreation generates more than $6.3 billion in consumer spending, $1.8 billion in wages and salaries, and $461 million in state and local tax revenue. Outdoor recreation means big business, generating more than 77,000 jobs in Idaho—and this sector is growing. The Outdoor Industry Association recently released a report that shows paddlesports as one of the fastest growing segments of the outdoor industry.

Simply put: Safeguarding, and in this case, restoring, our public lands and waters is vital to our outdoor economy. Here in Idaho, we boast the largest and best-protected swath of public lands and waters in the Lower 48. It also happens to be the best remaining habitat for wild salmon in the continental United States. That’s no surprise because the high-elevation, wild rivers that run through the rugged mountains of Idaho are world class–for rafting and for wild salmon.

This stronghold is why the Pacific Northwest used to welcome home the greatest salmon runs in the world, and it’s why our salmon are holding on—if only by a thread. The habitat is there; we just have to clear the path.

The science is clear: Restoring a free-flowing lower Snake River is our best chance to recover wild salmon. In addition, it will safeguard our outdoor economy in Idaho and breathe new life into a struggling economy here in Lewiston. Freeing 140 miles of river will restore recreation around Lewiston as well. We used to be able to walk down to white sandy beaches rather than levees. We used to be able to fly fish on our lunch hours, take a dip in a clean and healthy river.

When these dams were constructed, our Lewiston community opposed them. For more than 40 years, we compromised to make way for a heavily subsidized barging corridor. But these dams no longer make sense. US taxpayers and Northwest ratepayers support the operation and maintenance of these dams, and get back less than 15 cents for every dollar, according to a report by Earth Economics. Since 2000, barging has declined by more than 70 percent, while the costs of maintaining the aging infrastructure of the lower Snake River dams has skyrocketed, costing hundreds of millions of dollars as the dams continue to age. In addition, we’ve spent more than $15 billion on endangered salmon recovery in the Columbia-Snake Basin and not a single species has recovered. You don’t have to be an economist to see that these numbers simply don’t add up.

Even if you add in the small amount of energy that the dams provide, their costs far outweigh their benefits. Renewable energy projects in the final stages of permitting and approval in the Northwest alone exceed the power generated by these four dams. In short, it’s time to move on. It’s time to free the Snake River for our wild salmon, for our communities, and for our bottom line.

Dam removal works. We’ve seen it on the Elwha and the White Salmon rivers in recent years. It’s time to make it work for the lower Snake River.