(2) COMING VERY SOON: Public Hearings on Salmon and Dams – Fall 2016 in the Northwest 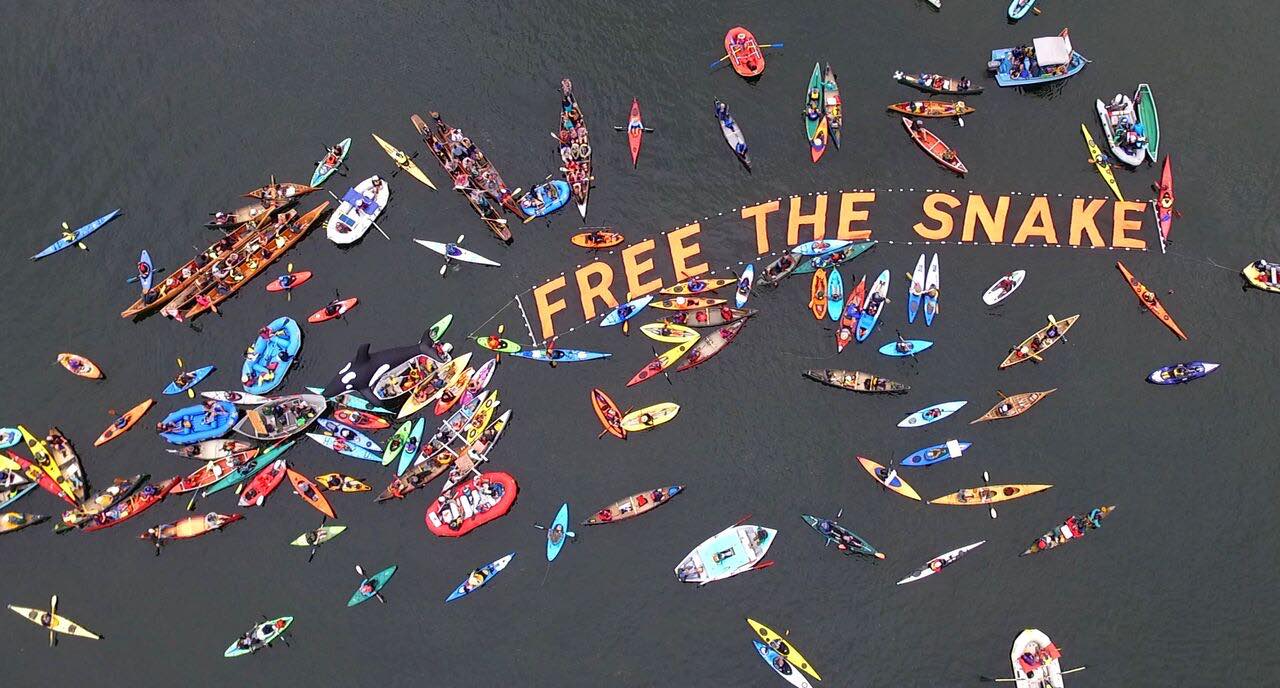 Our latest issue of the Wild Salmon and Steelhead News focuses on highlights from last Saturday’s amazing 2nd Annual “Free the Snake” Flotilla on the lower Snake River near Clarkston (WA) and Lewiston (ID).

And gives you a heads up - and asks you to GEAR UP to participate - in the rapidly approaching Northwest Public Hearings on Columbia-Snake River salmon and dams. This is a critical opportunity to build public pressure and political support for restoring endangered wild salmon and steelhead by removing the four lower Snake River dams.

First the Flotilla: On Saturday, SOS, Friends of the Clearwater, the Nez Perce Tribe, Idaho Rivers United, Patagonia, Sierra Club, Mosquito Fleet and the Backbone Campaign and a whole lot of other groups, people, businesses, and tribal members gathered on the banks of the lower Snake River in the Lewiston-Clarkston Valley in solidarity and support for restoring endangered salmon and restoring the lower Snake River by removing four costly, deadly, federal dams.

This was our second annual Flotilla and Rally for a free-flowing river – and it was bigger and better this year. We had more people gathered: fishermen, boaters, farmers, business people, conservationists, and clean energy advocates and installers. We had more than 200 boats on the water - power boats, kayaks, dugout canoes, rafts. 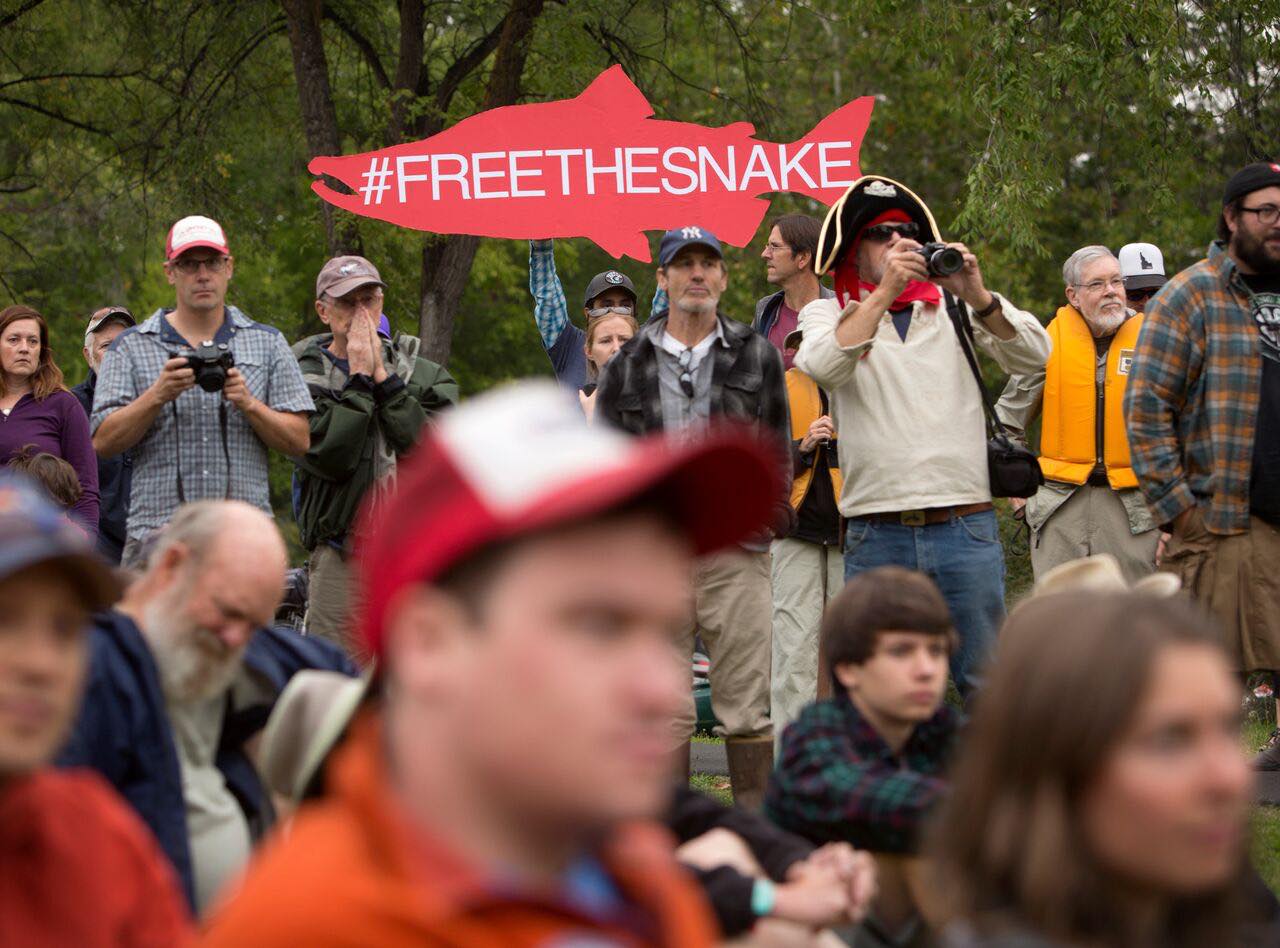 More than 350 people gathered at Swallows Park near Clarkston (WA) on the banks of the river. We put in at 10 am and paddled three miles downstream toward the Snake’s confluence with the Clearwater River, where we rallied for a free-flowing river.

It was a fantastic event, with wonderful people. Many of us camped in nearby Chief Timothy State Park on Friday and Saturday evenings – meeting, eating, and sharing stories. Local bands played for the cause and the party Saturday evening. A good number of reporters and writers joined us. See links to the video and news coverage below.

If you were able to join us this year – thank you for coming out. It was a fun, inspiring and energizing day. If not, be sure to mark your calendars for September 2017 – the 3rd Annual ‘Free the Snake’ Flotilla and River Rally will be even bigger and better. 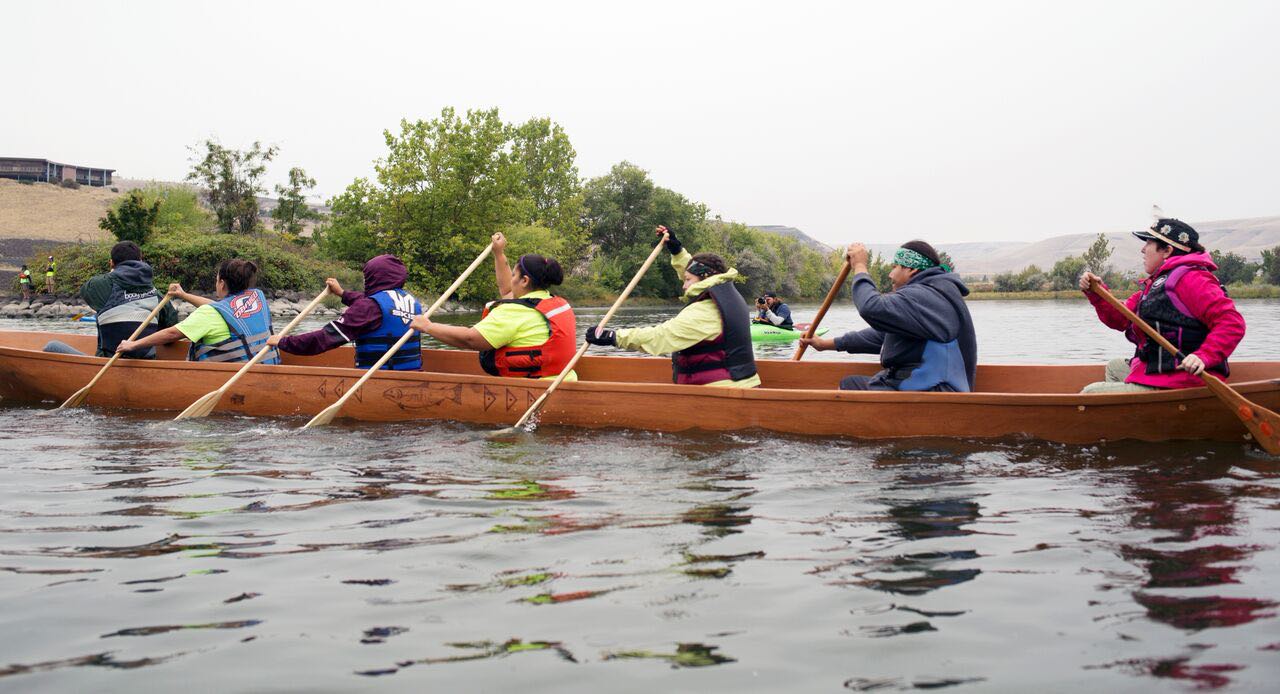 But far more immediately, we need your help and testimony at a series of upcoming hearings across the Pacific Northwest. This Fall, under order of federal court, Bonneville Power Administration, Army Corps of Engineers, and Bureau of Reclamation will host a series of approximately 15 public hearings – scoping meetings – to seek public input on what they need to consider as they begin their comprehensive look at all salmon recovery options for the Columbia and Snake Rivers. Advocates for healthy rivers, abundant salmon, orca, carbon-free energy, fishing and outdoor businesses and recreation must show up in force to demand lower Snake River as a cornerstone of a new, lawful, science-based, economically sensible, fiscally-sane and climate-responsible plan.

The federal agencies have decided to make things difficult. They are insisting on holding hearings this fall on top of the Presidential elections and major year-end holidays. And while the hearings might start as early as next month, they haven’t provided us any details: hearing locations, dates, etc.

We expect up to 15 hearings in Montana, Idaho, Washington, Oregon, Alaska and California. We expect them to get scheduled from late October to mid December. As soon as they decide to share these details with us, we will let you know.

If you live outside of the Northwest, you’ll still have the opportunity to provide your comments via email. We’ll keep you posted on those details too. 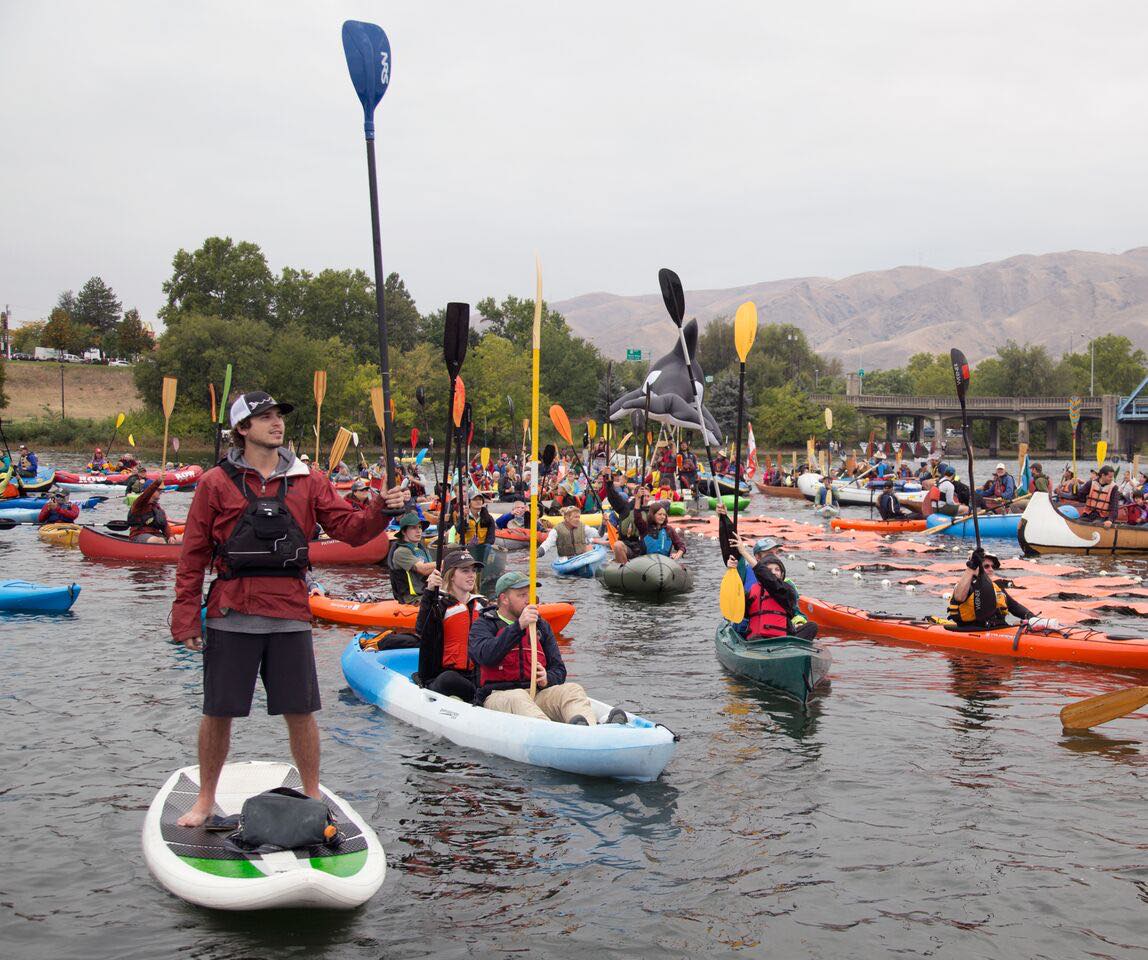 You can also keep an eye on www.freethesnake.com for news and developments too.

For further information about the recent Court decision that invalidated the federal agencies’ latest plan (the fifth consecutive plan from the agencies to meet this fate), follow this link to factsheets and media coverage.

STAY TUNED - WE WILL BE BACK IN TOUCH SOON WITH ADDITIONAL DETAILS ON THE PUBLIC COMMENT PROCESS AND HOW TO GET INVOLVED!