In addition to our court victories rejecting the government's inadequate and illegal salmon plans over the last 12+ years, "SPILL" has been one of salmon and fishing advocates' most important achievements to protect the Columbia & Snake Rivers' endangered wild salmon and steelhead from extinction.

Court-ordered spill has helped stabilize many imperiled populations and "bought" much-needed time while we work together with others on effective long-term solutions to restore healthier rivers, healthier salmon, and healthier communities.

Take a look at this issue of the Wild Salmon & Steelhead News to learn about the latest science on the positive impacts of spill, and how scientists describe how higher levels of spill in the near-future could provide even greater benefits for young salmon and steelhead as they migrate to the Pacific Ocean during the spring and summer.

1.   All Scientists Are Saying Is…Give (More) Spill A Chance!

2.   THE TOP 12: SOS 'dredges up' twelve facts that raise big questions re: the fiscal and environmental sustainability of the Army Corps' "sediment management" plans on the lower Snake River.

4.   IN THE NEWS – Salmon Collaboration, Climate Change, and Restoration.

5.   REMINDER – Raft the Middle Fork Salmon with SOS this August!

1.  All Scientists Are Saying Is…"Give (More) Spill A Chance."

These numbers and acronyms are just a sample of the many facts and figures presented at the Comparative Survival Study (CSS) annual meeting held April 30 in Vancouver, WA. CSS is a collaborative scientific study, initiated in 1996 by state and Tribal fishery managers and the U.S. Fish & Wildlife Service, to estimate Columbia Basin salmon and steelhead survival rates at different life stages. Probably our most effective near-term salmon protection measure is spill - a program that sends some water over Columbia/Snake River dams (rather than through turbines) to help more young fish reach the Pacific Ocean safely. With the dams in place, spill helps the river act just a bit more like, well, a river – which is exactly what endangered salmon and steelhead need.

Since 2006, under federal court order (as a result of a legal victory achieved by salmon and fishing advocates, the State of Oregon, and the Nez Perce Tribe), federal dam managers have been required to spill water to improve salmon survival during their spring/summer migration.

Scientists have long understood that spill helps salmon, but it turns out to be even more beneficial than we thought – not just in terms of getting ocean-bound smolts downstream in one piece, but also in terms of their survival in the ocean and eventual return to spawning gravels as adults.

At this year’s meeting, scientists presented a range of modeled scenarios that indicate more spill - up to a point - can lead to survival improvements that could move imperiled salmon and steelhead stocks from the “treading water/ at high risk of extinction” column into the “hey, now we’re getting somewhere” column.

The truest way to measure salmon survival is something called the Smolt-to-Adult Return ratio, or SAR. For example, for every 100 smolts that journey downstream, how many ultimately return as adults? Generally, a 2-4% SAR is needed for survival over the long-term, while a 4-6% SAR is required to rebuild populations. CSS modeled various levels of spill to see how each of four scenarios affected the SARs.

Underpinning these scenarios is a key balancing question: can we spill enough water to yield an SAR at or above 2% (the region’s minimum target for getting salmon numbers "back in the black"), but without spilling so much water that in-river gas levels put the fish at risk of injury? (As spill levels increase, dissolved gases do too, and at certain threshold levels, this can become problematic for salmon and steelhead.) 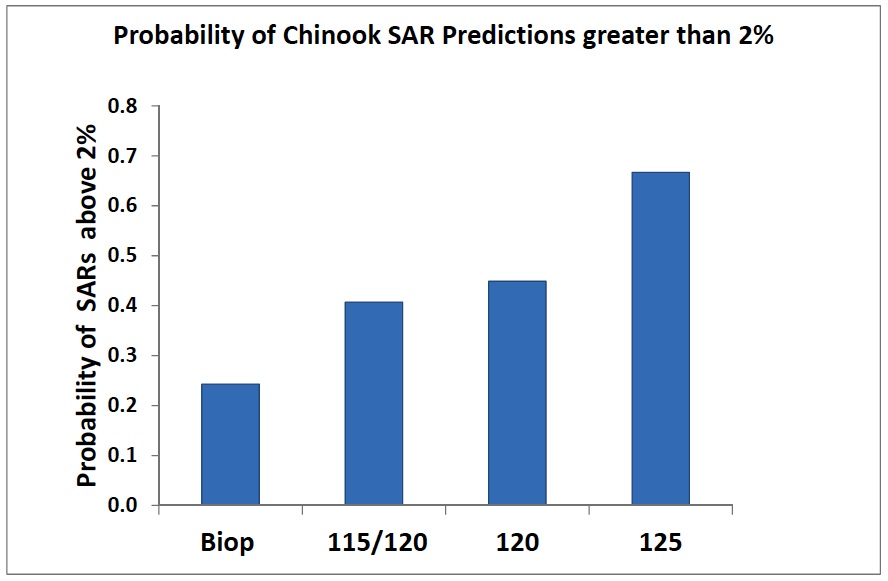 The CSS shows we can. According to the scientists' models, if we spill enough water to reach 125% total dissolved gas (ie, the saturation of nitrogen in the river on the dams’ downstream side), we are likely to see SARs at or above 2% more than 70% of the time. (The 125% dissolved gas level is also very safe for salmon; it is only at higher levels that fish start to show signs of impact or injury.) Even if we spill to a 120% gas cap, we’d see those sought-after SARs about 35% of the time.

Contrast both of those scenarios to the level of spill laid out in the now-illegal 2008/2010 federal salmon plan: it only hits an SAR of 2% or more 14% of the time. Our salmon, steelhead and fishing economy, and our region needs better than that; the CSS model shows that "better" is very possible.

While Bonneville Power Administration and the other federal dam managers still insist on much lower spill levels, many Northwest fishery managers appear interested in spilling more water (maybe to 120%, perhaps to 125%) to help fish – and “test the waters” to confirm that more spill at these higher levels will lead to many more salmon.

We want to see this too. With our partners, SOS has fought successfully for spill since 2005. We know that it works – and that it’s largely responsible (along with good ocean conditions) for the modest bumps in salmon returns that we’ve seen over the past few years.

The science says let's give spill a chance; now is the time for a new, expanded experimental spill program in the Columbia/Snake rivers.

SEE THE FULL REPORT on the Fish Passage Center website  - with the presentations from the 2013 CSS Annual Meeting.

2.  THE TOP 12: SOS "dredges up" twelve facts that raise big questions re: the fiscal and environmental sustainability of "sediment management" plans on the lower Snake River. 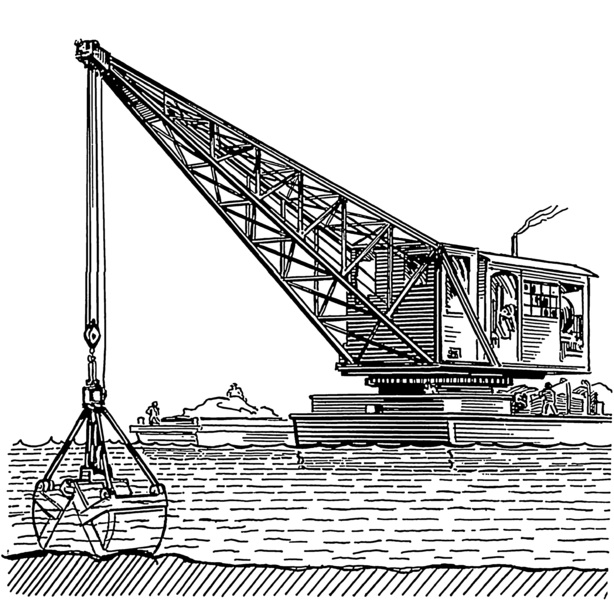 Meanwhile back on the Lower Snake River, the Army Corps of Engineers is still pushing their plan to dredge hundreds of thousands of tons of sediment, at great cost to American taxpayers, and harm to the river and its endangered salmon and steelhead.

SOS has produced The Top 12: Lower Snake River Dredging - By the Numbers to give you a flavor for Corps' deeply flawed arguments and the upside-down economics of the lower Snake River transportation waterway.

SOS is committed to working with lower Snake River businesses and communities to ensure reliable, affordable, and fiscally and environmentally sustainable transportation options. SOS supports re-directing the public funds that the Corps is currently wasting on an unsustainable lower Snake River waterway, and investing instead in the rail and road infrastructure improvements that eastern Washington growers and communities need.

#9:  $15,400 – the taxpayer subsidy per barge that ships from the Port of Lewiston at the confluence of the Snake and Clearwater Rivers on the Lower Granite Reservoir (in 2002 dollars), just to cover dredging costs as proposed in the Corps’ draft plan.

#10:  24 PERCENT – the increase in fuel efficiency when delivering wheat from eastern Washington and Idaho farms to coastal ports on rail compared to barge, measured in BTUs/ton‐mile. Barge
transportation requires 368 BTUs/ton‐mile of freight while rail requires just 278.

READ Dustin Aherin's May 5 guest opinion in Spokesman Review: It's time to assess use of shrinking tax dollars on the lower Snake River dams. 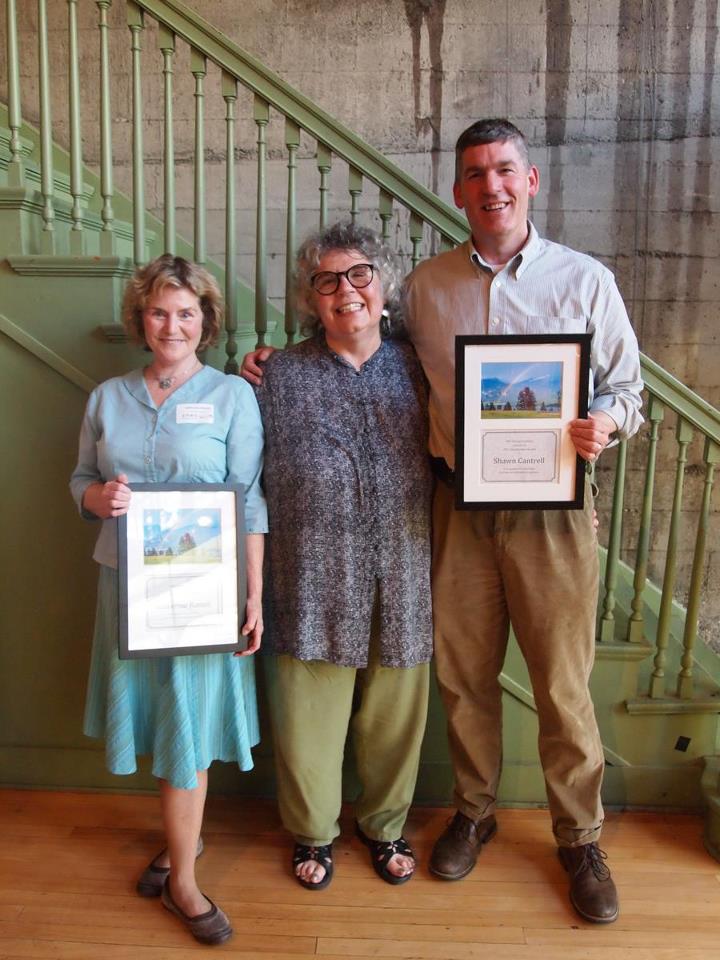 Shawn, now the Executive Director of Seattle Audubon, worked for Friends of the Earth in the 1990s and played a key role in gaining federal authorization to remove the Elwha's two century-old dams. Katherine was Co-Director of American Rivers in the Northwest during this same period and led the charge for dam removal in the FERC relicensing process for Condit Dam on the White Salmon.

First, the award-winning The Art of Dam Removal, showed how art and artists served as key catalysts in the campaign to remove the Condit Dam and restore the White Salmon River - a tributary to the Columbia River named for its distinct white-colored salmon - in southwest Washington State.

The second short was actually a trailer for Return of the River – a film-in-production that will tell the story of the restoration of the Elwha River on the Olympic Peninsula through removal of its two dams.

SEE the trailer and learn more about Return of the River here.

4.  IN THE NEWS - Collaboration, Climate Change, and Restoration

-- Will the feds ever get their dam act together? By Dan Chasan, crosscut.com

Long-time observer of the federal government’s Columbia Basin salmon recovery efforts brings people up to speed on all things salmon: recent returns, status of spill, the government’s upcoming salmon plan, and the new opportunity for a regional stakeholder collaboration.

-- A 21st century plan for saving Oregon’s species from climate change. By Bill Bradbury, guest writer for the Oregonian

Oregon's Northwest Power and Conservation Council (NPCC) member Bill Bradbury highlights the mounting climate impacts on our fish and wildlife populations and the habitat they depend upon, and urges a path forward that can serve both ecology and economy.

-- The Life of the Elwha - the biography of a river - a book review by Daniel Jack Chasan in crosscut.com.

"Author Lynda Mapes' new book isn't a story about dams or salmon. It's a love story to the river itself." Mr. Chasan reviews a new book about the nation's biggest dam removal - the Elwha River on Washington State's Olympic Peninsula.

5. REMINDER: Take a wild trip in August down the Middle Fork of the Salmon River – AND help wild salmon and steelhead restoration too! 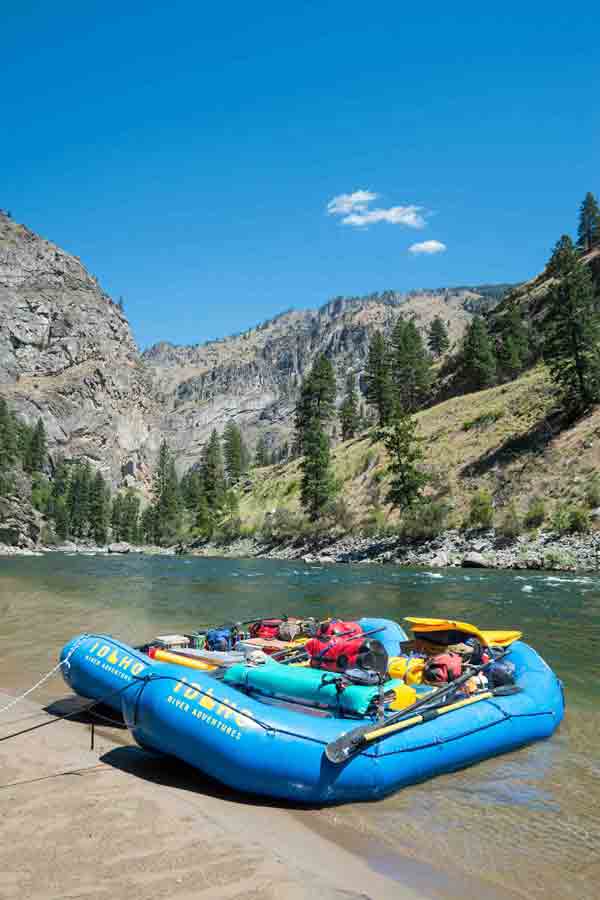 SOS is excited to partner with Idaho River Adventures in 2013 – and to invite you to join a trip this summer down the fabled Middle Fork of the Salmon River in central Idaho. The Middle Fork is one of the original eight rivers designated as Wild under the Wild and Scenic Rivers Act of 1968. It winds through the heart of the Lower 48’s largest contiguous wilderness area - the Frank Church River of No Return.

For river rats everywhere, the Middle Fork is among the most treasured river trips anywhere in the United States – a holy grail!

AND - when you sign up, Idaho River Adventures owner and guide Dustin Aherin will donate $400 of the trip cost to SOS!

As always, thank you for your support!