3.  Protecting one of the world’s last, great salmon runs:  EPA, Bristol Bay, and the Pebble Mine. 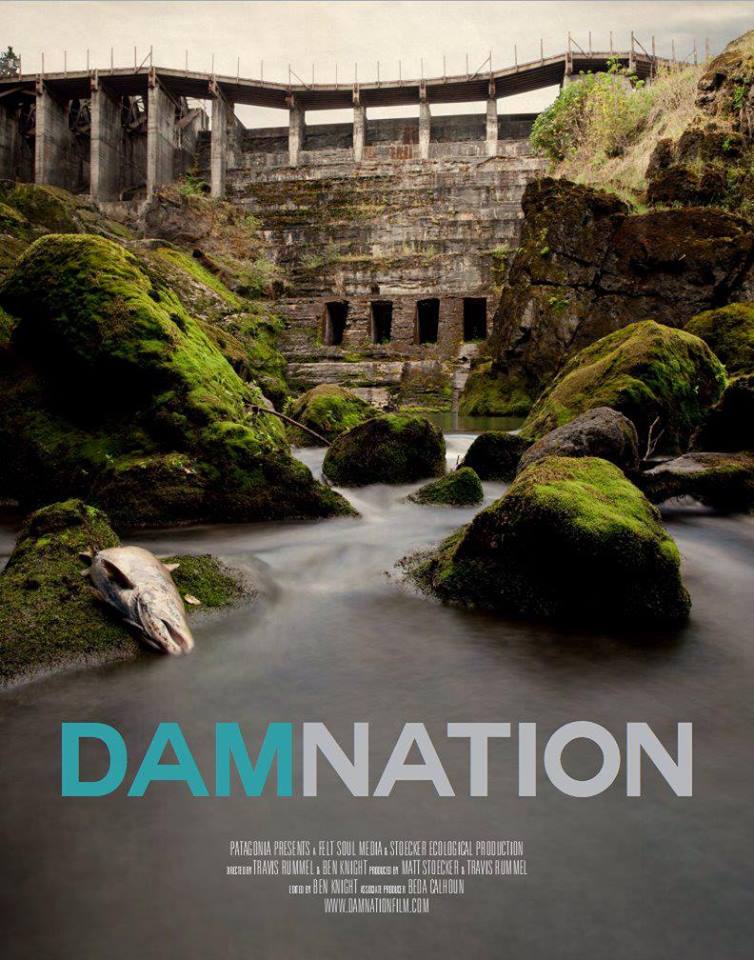 Since premiering at SXSW earlier this month, the new film DamNation is winning awards and inspiring audiences across the country.  The film won the audience choice award at SXSW and best advocacy documentary at the Environmental Film Festival in Washington DC where it screens March 30th. The Washington Post describes DamNation as “both exquisitely shot and powerfully told.” Patagonia and Stoecker Ecological produced the film in conjunction with Felt Soul Media.

DamNation tells the story of changing attitudes towards dams and rivers, documenting the history and impacts of our nation’s dam-building era and the new movement to remove outdated dams to restore rivers and fisheries.  Film-makers Ben Knight and Travis Rummel traveled the country visiting rivers being restored through dam removals, including the Elwha and White Salmon in Washington State and the Rogue and Sandy Rivers in Oregon.

DamNation also explores the impacts on salmon, tribal communities and the Northwest from dams built on the Columbia and Snake Rivers, targeting the aging four lower Snake River dams, whose value to the region is in steep decline while the costs to maintain them continue to grow.

The film has finally come to salmon country and Save Our Wild Salmon is excited to be partnering with Patagonia and other organizations to bring this film to towns across the Northwest. The film premiered in Boise to a standing-room-only crowd at the TreeFort Film Festival last week.  Upcoming screenings include Missoula MT on April 15, Portland OR on April 17, Spokane WA on April 23 and Moscow ID on April 30.  For information on these screenings and information on how to purchase tickets to Northwest shows - go here.  We will be updating the list of Northwest screenings as they are scheduled.

If you are interested in bringing the film to your community in the Northwest - please contact Sam Mace.

Patagonia is a long-time supporter of restoring Columbia-Snake River salmon.  They’ve stepped up to the plate yet again, not only helping make this powerful film, but launching a call-to-action to fix the Snake River in conjunction with the film.  Patagonia has launched a "Deadbeat Dams" national campaign that includes a petition drive calling on President Obama and elected leaders to begin the feasibility studies necessary to remove the four lower Snake River dams.

We have no doubt DamNation will inspire thousands to add their name to the petition and energize a new generation of river defenders.

JOIN us at a screening coming to a theater near you! Our schedule is here. 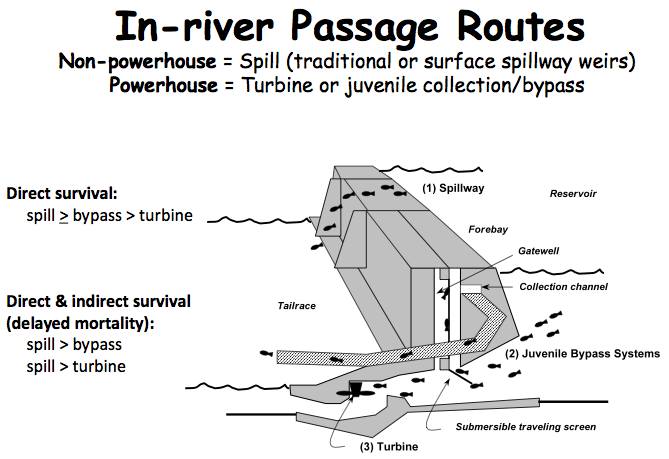 The bottom line: Spilling water over Columbia and Snake River dams is good for salmon. It helps young fish make the trip to the Pacific more safely, and it helps them better survive in the ocean to return a few years later as adults. As long as the dams remain in place, spill is our most effective near-term measure for improving salmon survival. We know this from nearly 20 years of data about salmon – data that has been collected and analyzed by state, federal, and tribal fishery scientists working cooperatively as part of something called the Comparative Survival Study (CSS). Last year, CSS scientists presented findings that indicated expanding spill above and beyond current court-ordered levels could allow some imperiled Columbia-Snake salmon runs to rebuild and even recover. Indeed, expanded spill could possibly double the number of fish returning to Idaho.

Because these findings are so promising, the State of Oregon proposed an experiment to put expanded spill to the test in real-world/real-river conditions. Oregon submitted its proposal last fall to the Northwest Power and Conservation Council as a recommended amendment to the Council’s updated Fish & Wildlife Program, which is currently being drafted. As part of its consideration of Oregon’s spill proposal, the Council referred the proposal to its Independent Scientific Advisory Board (ISAB) for additional review earlier this winter. On February 20, the ISAB issued its review, determining that the proposal’s hypothesis has merit and encouraging the development of a more detailed study design to move forward with a rigorous test of expanded spill.

The ISAB is inviting an iterative process that could result in a stronger study design that moves the needle on our understanding of what's possible for salmon recovery with the dams in place. This is an excellent opportunity both for expanding the region’s knowledge through adaptive management and providing near-term help to salmon that could yield significant survival gains that bring our shared recovery goals further within reach – something the ISAB recognizes we’re still a long way off from achieving under current efforts.  That’s why fishing and salmon advocates enthusiastically support a request made this month by Northwest Sportfishing Industry Association that the Council ask the CSS to utilize the ISAB’s recommendations to strengthen and resubmit an experimental spill design within 60 days. Doing so will allow CSS scientists to address the issues raised by the ISAB and move the study design forward in a manner that leads to a robust proposal that could be considered as part of the 2014 Fish and Wildlife Program process.

You can read SOS’s factsheet about the ISAB review here.

You can download and read the ISAB review here. 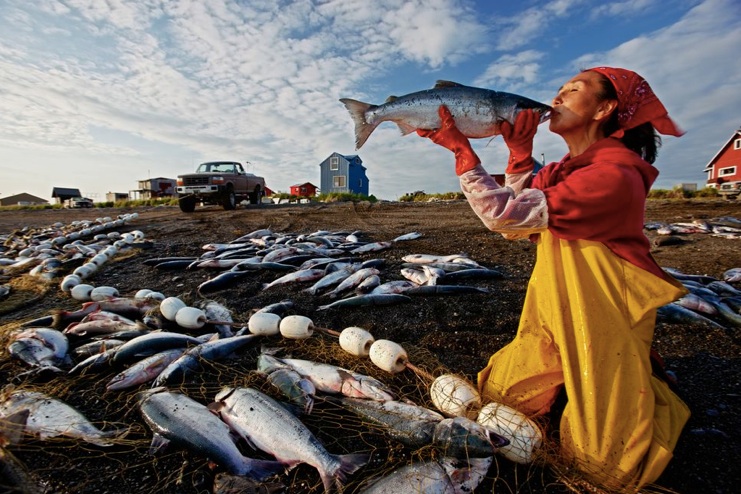 The United States Environmental Protection Agency (EPA) recently initiated a review process under the Clean Water Act to determine if large-scale mining in the renowned Bristol Bay watershed of southwest Alaska can co-exist with the area’s renewable natural resources, most importantly the waters that provide the spawning and rearing habitat for the world’s largest sockeye salmon population, as well as trophy rainbow trout, Dolly Varden, Arctic grayling and four other Pacific salmon species.

If approved, the Pebble Mine would become one of the largest copper and gold mines on the planet. It’s proponents – Pebble Mine partnership – are seeking to locate the massive open-pit operation in the headwaters of Bristol Bay in southwest Alaska - home to one of the world’s last great remaining salmon runs.

A broad coalition of Native communities, commercial and recreational fishermen, conservationists, and businesses have opposed siting the massive mine in the heart of a pristine ecosystem that supports a naturally sustainable resource and thousands of jobs and produces a healthy delicious food that feeds hundreds of thousands of people.

The EPA's involvement in Bristol Bay and the Pebble Mine started in 2010 when, at the request of local tribes and stakeholder groups, it initiated a comprehensive study of the potential effects of large-scale mining on the watershed. That process took three years. After gathering data, numerous public meetings, more than a million online comments, and two rounds of scientific peer review, the final draft of the Bristol Bay Watershed Assessment was released last January.

While the EPA’s Clean Water Act review is just getting started, many close to this issue see the move as a nail in the coffin for the massive mine. It is a rare use of the EPA's authority to restrict or outright prohibit any discharge of dredge or fill that might have "unacceptable adverse effects" on water supplies, wildlife, fisheries, or recreational areas. Such a process has been initiated just 29 times previously, and it has run to completion and resulted in restrictions just 13 times.

While the fight is far from over, this move by the EPA is a critical step toward a decision that says we hope eventually says “NO!” to a massive mine and “YES!” to protecting wild salmon, a pristine ecosystem, and a sustainable economy and delicious source of protein. 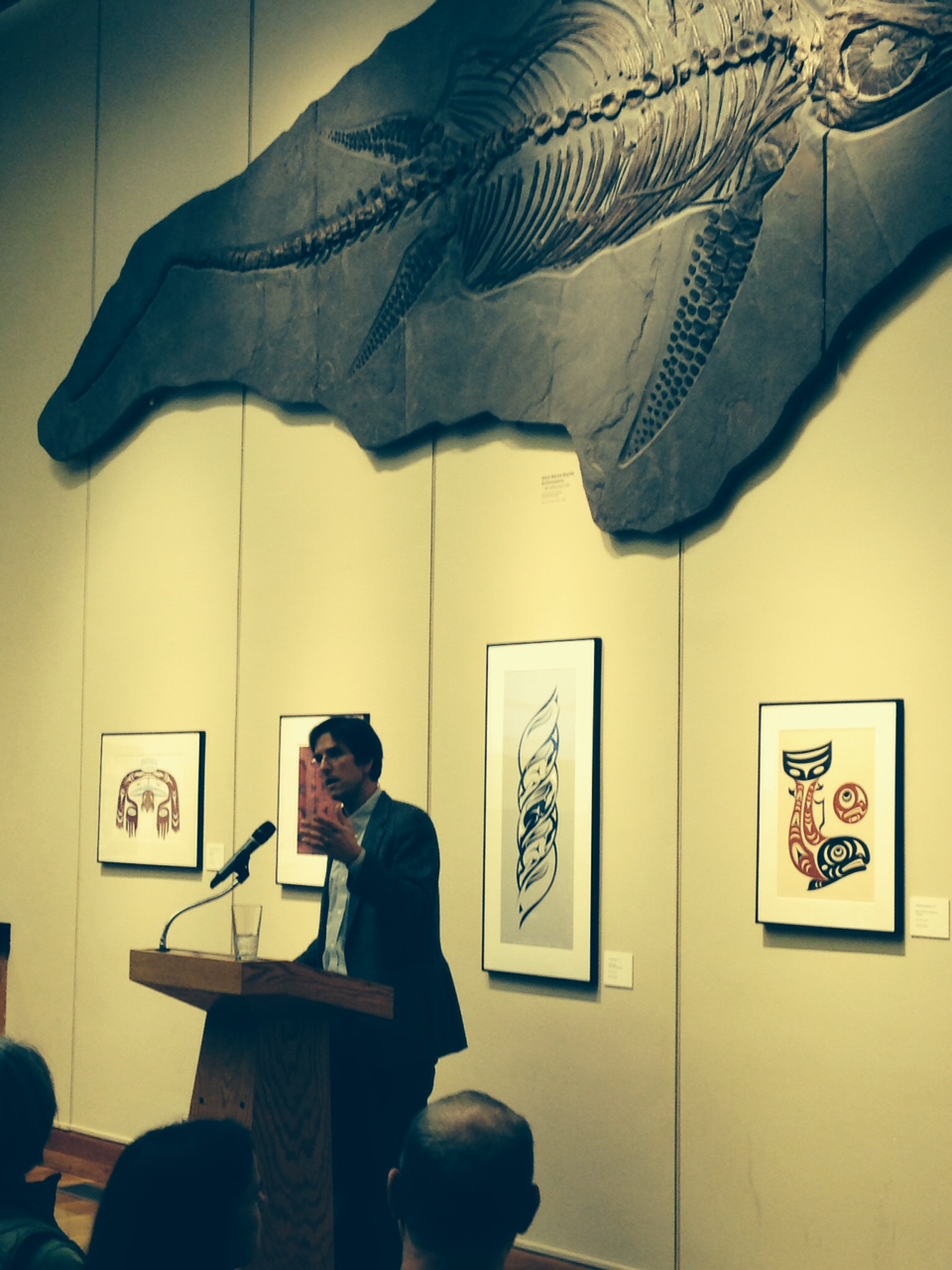 The evening coincided with the Burke Museum’s beautiful and moving Elwha: A River Reborn exhibit. Inspired by the 2013 book by the same name, the exhibit tells a story of restoration for a river, its salmon, and its people – the K’lallam Tribe.

University of Washington Professor, MacArthur Genius Awardee, Big Dirt Lead Guitarist, and author Dr. David R. Montgomery gave the keynote presentation. 2014 is the 10th anniversary of his book – King of Fish – The Thousand-Year Run of Salmon. Dr. Montgomery reflected on both the progress we’ve made since his book was published, and the work ahead.

Finally, SOS awarded our first-ever Mighty Chinook Awards to long-time SOS board members/leaders Sara Patton and Bill Arthur. Both Bill and Sara have been instrumental leaders in the SOS family since the early 1990s – smart, passionate, and articulate advocates for a Columbia/Snake River Basin that supports both clean and affordable energy and wild and abundant salmon and steelhead.

This month and next, we’re highlighting some of the businesses that generously supported our recent event at the Burke Museum on the University of Washington campus. We are extremely grateful for their help to make our event delicious and successful.

Plauché & Carr LLP attorneys serve as advocates and counselors regarding legal and regulatory issues related to natural resource based activities. We strive for a collaborative approach in which we bring multiple representatives together to reach solutions and achieve our clients' business goals. Creativity, innovation, and depth of understanding of each client's vision provide the best avenues for helping our clients reach their objectives. At Plauché & Carr LLP, "we are passionate about the work that we do, and are only satisfied if we do it exceptionally well."

Taylor Shellfish: In the 1890s our family began farming shellfish in the Puget Sound. Five generations later, we continue to provide our customers with the best shellfish the Pacific Northwest has to offer. Through family dedication and with the assistance of committed employees, we maintain our tradition of sustainable farming through new techniques and innovative growing methods. Our family is proud to grow high quality clams, oysters, mussels, and geoducks straight from tidelands across Western Washington and British Columbia. Taste our product to experience what we have perfected over the last 100 years.

Coastal Trollers Association works to enhance and protect an economically viable Washington troll fishery."  The purpose of the CTA is to promote long-term sustainability of troll fisheries resources, to enhance economically viable opportunities for troll fishermen and to fairly represent its members.   As part of these efforts, CTA will be involved in season-setting processes, development of stable lucrative markets for high-quality line-caught fish, cooperation with the coastal communities and advancing predictable season-long catch opportunities for license holders.