Here is the January issue of SOS' online newsletter. Enjoy!

1.    Thank you for a successful year-end fund drive!
2.    A ninth calf is born to the Southern Resident Orcas!
3.    2015 Lower Snake River Commercial Navigation: Another Year of Decline
4.    Climate Change and the solidifying case for restoring the lower Snake.

1.  Thank you for a successful year-end fund drive!
On behalf of Save Our wild Salmon’s board and staff, I want to thank you for a very successful year-end fund drive – our best ever! Online donations met our $15,000 challenge match almost to the dollar – you effectively doubled your contribution and we raised $30,000 as a result. In addition, the generous gifts of other donors, business supporters and small foundation grants combined for $60,00 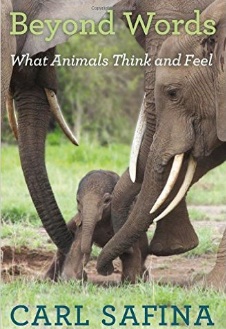 0 more. We exceeded our December goals. This unexpected boost will help us hit the ground running in 2016 and build on the momentum that we - together with your help – generated last year.

We deeply appreciate your support. Onward together in 2016!

DONOR GIFTS: Most (but not quite all) donor gifts have been sent. if you requested a gift when you donated in December, but have not yet received it, don't lose the faith! We expect to get everything out the door this week!

YEAR-END RAFFLE: We also want to announce the winners of our year-end raffle! Five SOS year-end donors will receive signed copies of Dr. Carl Safina's award-winning book: Beyond Words - what animals think and feel. It includes a fascinating focus on the Northwest's Southern Resident Killer Whales and highlights the pioneering work of the "Dean of the Orca Research"  Ken Balcomb - as well as other regional orca scientists and experts.

2015 RAFFLE WINNERS: Laura L. of Seattle, WA; Joan P. of Edmonds, WA; Adam H. of Sitka, AK; Teresa P. of Athens, GA, and Rob K. of Portland, OR. Congratulations to the winners - and thank you all for your support!

Read on for several updates and links to further information on Columbia/Snake River Basin salmon restoration activities and related issues...

2.  A ninth calf has been born to the Southern Resident Orcas! 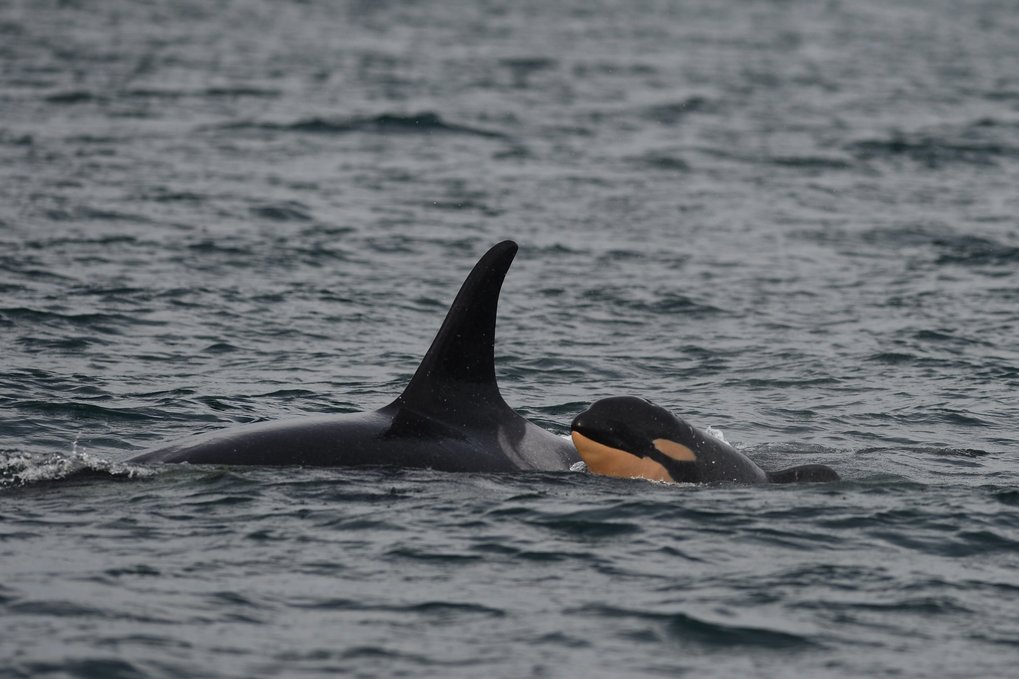 More good news! Another calf has appeared among the endangered Southern Residents Killer Whales. This is the ninth calf born to the SRKWs in the past fourteen months – an unprecedented cluster of births that gives new hope to the future of these unique salmon-eating orcas. There are now an estimated 85 SRKWs swimming in Northwest coastal waters. Needless to say, we still have a long ways to go to bring the SRKWs back from the brink, but these recent births are cause for celebration.

Additionally, a new study was recently published confirming (again) the critical importance of big fatty chinook salmon to the survival of the Southern Residents. The study was based on an analysis of 175 fecal samples collected in the summer months in the Salish Sea of Washington State and British Columbia. 98% of the genetic sequences identified belonged to salmon – 80% Chinook and 15% coho. Read more about it here in the Columbia Basin Bulletin: Study: Chinook Salmon Make Up 80 Percent Of Diet For ESA-Listed Killer Whales In Pacific Northwest.

On a related topic, the Orca-Salmon Alliance - the new coalition that SOS helped to found last year - is pressing NOAA-Fisheries to move ahead quickly to analyze the scores of SRKW fecal samples it has collected off the coast of the Pacific Northwest, but today are languishing in freezers. During the winter months of 2014 and 2015, NOAA scientists collected orca fecal samples near the mouth of the Columbia River and along the Washington State coast. While NOAA has done an excellent job collecting these samples, they have not prioritized analyzing (and thus learning from) them. Many Killer Whale scientists are confident that these samples will reflect the consumption of Columbia and Snake River salmon by the Southern Residents and underscore the importance of rebuilding Columbia Basin chinook populations (especially spring chinook) in order to protect and recover the SRKWs that depend upon them. Whatever information these samples hold, we need it now (!!) to help direct restoration and management programs for our imperiled – and often hungry - orca.

Finally, on Friday, January 22nd OSA submitted formal comments - raising serious concerns about lethal threats to salmon and orca if the massive Tesoro-Savage oil-by-rail proposal is approved by Washington State. In its Draft EIS, Tesoro-Savage readily admits that oil spills will occur if this new oil-by-rail project is established. Oil spills and leaks will harm the lower Columbia River and its estuary downstream. Already-imperiled Columbia and Snake River salmon and steelhead rely on and migrate through this reach of the river to get to and from the Pacific Ocean. So oil pollution and related accidents pose another huge threat to the health of the lower Columbia, to struggling salmon populations – and to the orcas that rely upon them. You can download OSA’s formal comments here. 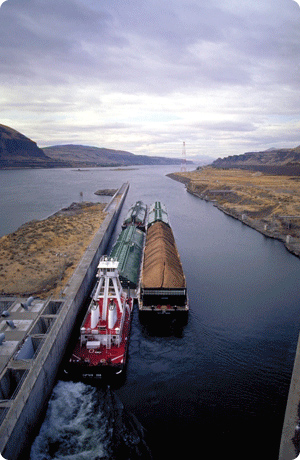 Last year saw further declines in freight transportation on the Lower Snake waterway, near record-low hydropower production, and an ecological disaster for threatened and endangered salmon. Here are some excerpts from a fact sheet recently created and distributed by Linwood Laughy of Kooskia Idaho.

•   Freight transport on the lower Snake dropped 20% in 2015 compared to the previous year. Freight volume has now declined 70% over the past fifteen years. Bulk grain is nearly the only product still barged on the river. Container shipping on the lower Snake has all but ceased, and the likelihood of a reopening of container traffic at the Port of Portland remains slim at best. The Snake River falls into the Corps of Engineers’ category of a waterway of “negligible use.” If freight volume doubled on the lower Snake, the river would remain a “negligible use” waterway.

•   Lower Snake River hydropower production fell to just 748 average Megawatts (aMW) in 2015, the second lowest level in at least the last dozen years behind the 2013 output of 746 aMW. Compared to total nameplate capacity of 3,033 aMW, these dams in 2015 had an efficiency rating under 25%. In total, the four LSR dams are producing less than 3% of the energy of the Pacific Northwest power grid and less than one-third of the output of Northwest wind energy. The Pacific Northwest presently has an energy surplus at least four times total LSR dam production, and the Northwest Power and Conservation Council predicts this surplus will continue well into the future.

•   After 20+ years and billions of dollars spent on fish mitigation, four threatened and endangered wild Snake River salmon and steelhead species remain in jeopardy of extinction. In 2015, juvenile fish losses through the 8-dam Snake/Columbia hydro system exceeded 60%. 98% of returning Snake River adult sockeye perished due primarily to high water temperatures in the river, with just 45 sockeye completing the journey to Redfish Lake.

•   Meanwhile, the costs of operating and maintaining the four Lower Snake River dams continues to escalate. The cost of sediment management near the confluence of the Snake and Clearwater Rivers over the past six years surpassed $27 million, with much of these costs attributable to maintaining the Port of Lewiston’s status as a “seaport.” Phase one of further fish passage modifications at Lower Granite Dam hit the $50 million mark in 2015, with still unknown costs for Phase II. Total fish mitigation costs on the Columbia/Snake passed $14 billion (yes, billion), with 2014 costs alone reported to be nearly $800 million. A four-month river closure for major lock repairs that begins in December 2016 will cost more untold millions.

4.  Climate Change and the solidifying case for investing in resilience and restoring the lower Snake River. 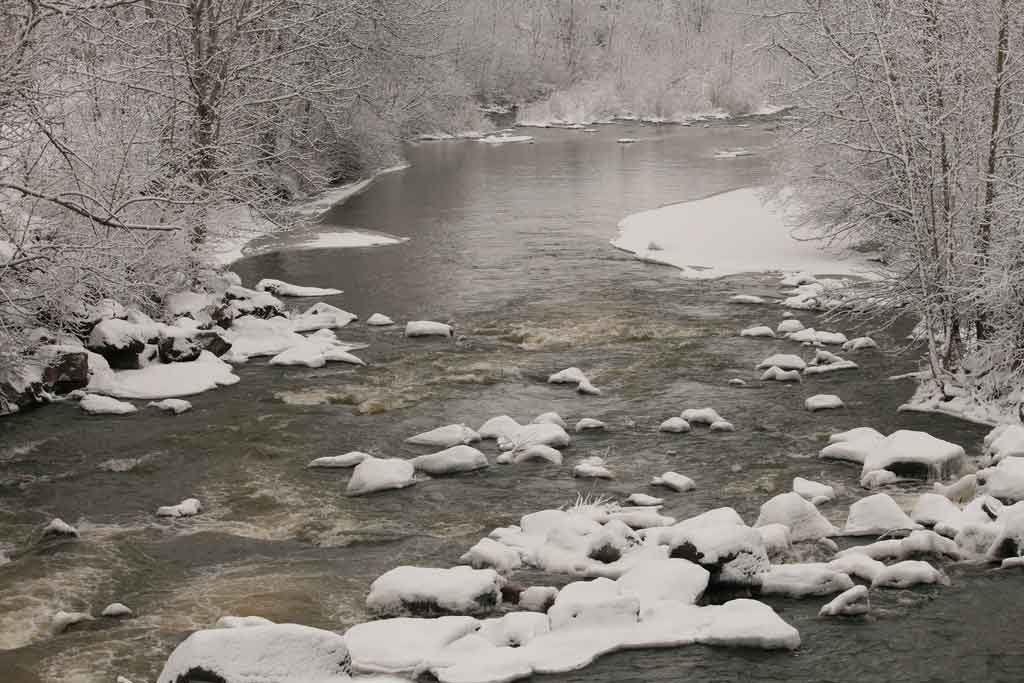 There are a host of reasons today for removing the lower Snake River dams, including the waste of taxpayer dollars, the threat of salmon - and orca - extinction, serially-illegal federal salmon plans, Tribal justice, and the opportunities for economic development and job creation.

Climate change is one more reason.

Last summer sent us an unmistakeable message when record-breaking fish kills* were caused by unusual but not unanticipated high river temperatures – a condition made much worse by the many dams and slackwater reservoirs. Scientists long ago however began pointing to the immense, high elevation, protected, high quality habitats upstream from the lower Snake River as a critical cold-water refugia for some of the most unique and longest and highest migrating wild salmon and steelhead on the planet.

But this can only occur if we remove the four lower Snake River dams and thereby restore productive access for wild salmon and steelhead to the Pacific Ocean and to their high-elevation spawning grounds.

Lots of media (here’s vox.com, as one example) this month has been ringing alarm bells about how the warming trends in the Northwest and everywhere else continue apace  - and in 2015 even accelerated thanks to the return of a stronger-than-usual El Nino weather pattern in the Pacific Ocean.

The Lewiston Morning Tribune, located almost literally on the banks of the lower Snake River in Idaho, ran a related but different story -  Idaho landscape could be safe haven for native fish -  about the critical role of the Snake River Basin (esp. central Idaho and eastern Washington and Oregon) for providing a climate refuge for these endangered one-of-a-kind fish. Some refer to this geography the "Noah's Ark" for wild salmon in an era of climate change.

The article describes how “Idaho's vertical geography may give salmon, steelhead and other native fish a fighting chance as climate change continues to alter their habitat for the worse.” Read it here.

* For further information on the recent reports and studies: The Fish Passage Center and NOAA-Fisheries both issued reports last fall summarizing the survival (or lack thereof) of both juvenile and adult salmon as they migrated through the Columbia and Snake River dams and reservoirs last summer. Abnormally warm waters hammered the already endangered salmon and steelhead – leading to record-breaking mortalities and setting up ever lower adult returns for at least the next several years.

According to the FPC Report: "our overall conclusion is that elevated water temperatures in the Columbia and Snake rivers, including adult fishways, is a long-recognized problem that to date remains largely unmitigated. Significant long-term actions to address these temperature issues are necessary for the continued survival of salmon populations, particularly sockeye."