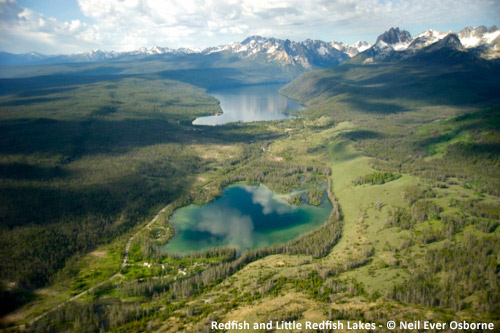 1. The Science  - In the post-Bush, post-Larry Craig era, Columbia-Snake River salmon science is still being subverted by cynical political forces.

2. The Law - Salmon and fishing advocates file in federal court.

Just as many people we know are getting ready to go back to school, we thought that it appropriate to send you a couple of recent articles about the importance of "getting it right" - you know - "the facts."

In last Sunday's Oregonian, author Steven Hawley writes about what he found in Obama Administration documents uncovered by his Freedom of Information Act (FOIA) request. The documents implicate Senators Murray and Cantwell and Secretary of Commerce (and former WA governor) Gary Locke in severely limiting the scope of the Obama Administration's review of the 2008 Bush Salmon Plan (which it eventually adopted as its own) by minimizing public participation and media interactions, and focusing discussions instead with agencies and governments on issues that support the Bush Plan.

As you may remember, a month ago the Los Angeles Times printed a great article highlighting the growing number of scientists who are increasingly frustrated by the Obama Administration's failure to live up to the President's promises about transparency in decision-making and a commitment to science, including reports from federal salmon scientists being pressured to downplay the role of dams in killing endangered Columbia-Snake River salmon.

Then came Dan Chasan's article in Crosscut. It drilled into more of the specific details about salmon scientists being pressured by the Northwest politicians and political appointees within the Obama Administration.

Taken together, these three pieces tell a troubling story and demand calls anew for change to finally arrive for Pacific Northwest salmon and fishing communities. 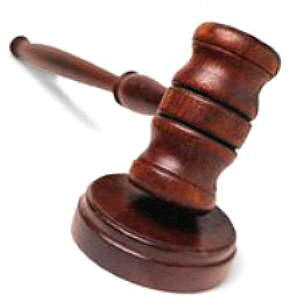 Last week, salmon and fishing advocates (plaintiffs) filed their complaint specifying exactly how the plan fails endangered salmon and steelhead (and endangered Puget Sound orcas that rely on salmon to survive), and next week, as Steve Hawley says in his op-ed, the federal government (defendants) will deliver their official record to the judge and plaintiffs. Legal proceedings will occur throughout the fall, and a decision by Judge Redden (thumbs up or thumbs down on the Obama Plan) is expected in Winter 2011.

Soon after the 2008-Bush-Plan-turned-2010-Obama-Plan was officially delivered to U.S. District Court Judge James Redden in May of this year, salmon and fishing advocates challenged the plan as inadequate, insufficient and illegal.

Of course, this little issue of the science and its integrity is pretty central to how this plan fares in court. Good science is essential, of course, to knowing how to protect a species from extinction. These recent articles suggest that - as we have been saying for a long time - the science behind this plan has been compromised as a result of relentless political pressure to protect the status quo rather than protect Pacific salmon and steelhead from extinction, comply with the law, and meet the needs of the people. 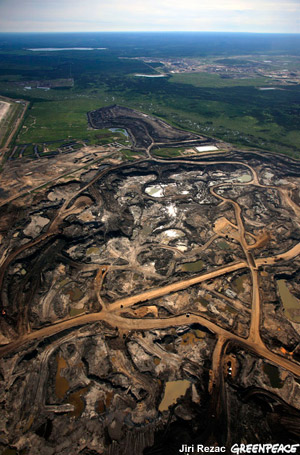 As you might recall, the mighty Columbia-Snake watershed is facing another huge challenge. It comes in two parts - development of the Canadian oil sands beneath the boreal forests of northern Alberta, and Exxon's surprise plan to use the Columbia and Snake Rivers, plus Idaho and Montana highways, to ship huge mining machinery to those oil sands.Last week an Idaho judge granted three Idaho businesspeople a temporary restraining order that stops for now the first of 230 shipments by ConocoPhillips and Exxon of massive mining equipment up the Columbia and Snake Rivers, up narrow Highway 12 along the Wild and Scenic Lochsa River, then through Montana.Then, just yesterday (August 24th) Judge Bradbury revoked special permits issued by the state to allow ConocoPhillips to ship four oversized loads of oil refinery equipment along a highway that follows a winding, federally protected river corridor in northern Idaho. With this news, salmon and community advocates breathe a huge sigh of relief but the fight forges on as Exxon, ConocoPhillips, and others will continue pushing for a disastrous transportation corridor to a ecologic mess that is the Alberta Tar Sands. 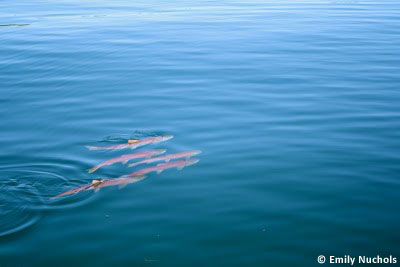 Over the last several weeks, a team of adventurers from Save Our Wild Salmon, Epicocity Films, and the International League of Conservation Photographers has made two trips into the wild country of the Snake River basin. They've waded in the water with sockeye just released into Redfish Lake, crouched on the bank of Marsh Creek watching wild chinook salmon spawning and spent time with the people on the ground in Idaho working so hard to save these fish from extinction.

Here are just a few of their recent stories and amazing images:

Giving Sockeye A River to Run

Proud To Be An American? Save Salmon.

What is Tripods in the Mud?

Please stay tuned and watch for more images and video over the coming months.