Tri-City Herald: Study on tearing down Snake River dams is a waste of taxpayer money, says letter to governor 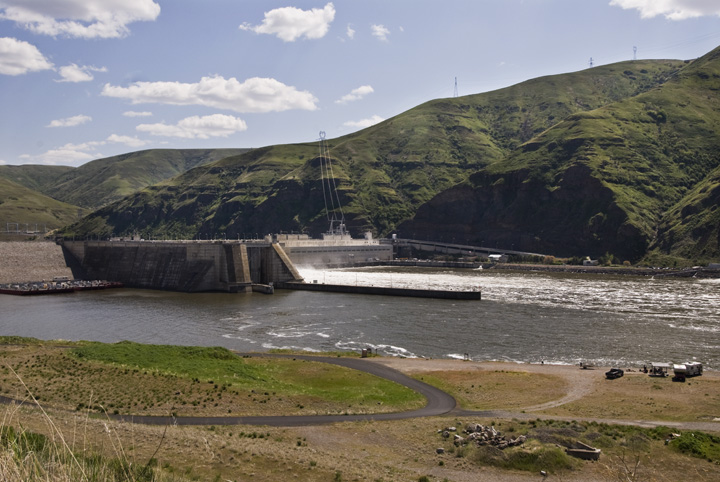 A proposal to spend $750,000 of Washington state taxpayer money to study
the economic and social impacts of tearing down the Lower Snake River
Dams is not sitting well with Tri-City-area supporters of the dams. They’ve drafted a letter to Washington Gov. Jay Inslee saying the study
would be a waste. The latest push to remove four Snake River dams is tied to the decline
of the population of the iconic orca, or killer whale, population off
the Washington coast. The orcas rely on chinook salmon, including from
the Snake River, for most of their food. “No one disagrees that this group of orcas is in trouble,” said the
letter. But the study proposed by the governor duplicates federal studies and
would be a waste of state dollars, it said. Drafters of the letter — a loose coalition that put together the
Riverfest festival in September in Columbia Park in Kennewick to provide
information on the benefits of hydroelectric dams— are presenting the
letter at public meetings of Mid-Columbia governments and asking for
signatures. About 17 local governments and agencies are expected to sign on, said
Karen Miller, spokeswoman for the Benton PUD. The PUD commission already
agreed to sign the letter and was expected to be presented to the Pasco
City Council on Monday night and to the Kennewick City Council next
week. The letter “is consistent with where the community has been for
decades,” said David Reeploeg, the Tri-City Development Council vice
president for federal programs. TRIDEC has the lead signature on the
letter. Inslee proposed a month ago that that state spend $1.1 billion to fund
recommendations by the Southern Resident Orca Task Force he created to
develop a long-term plan for recovery of killer whales. Recommendations
included steps to protect the state’s orca population from toxins in the
water, noise from boats and lack of food. The task force stopped short of calling for dams to be breached, instead
calling for a study to investigate the impacts of tearing down the dams
from Ice Harbor near the Tri-Cities upriver to Lower Granite near
Pomeroy. The task force would essentially be duplicating the same information-
gathering effort underway for several years as part of a federal court-
ordered environmental study, the letter said. The proposed state effort
would not be as comprehensive as the federal study. “It is reasonable to question whether the recommendations generated by
such an effort would result in real help for the orcas,” the letter
said. The National Oceanic and Atmospheric Administration Fisheries — the
federal agency responsible for recovery of the orcas — has concluded as
recently as 2014 that tearing down the dams is not needed to help either
the Snake River salmon or killer whales recover, the letter said. The agency has concluded that hatchery production of salmon and
steelhead in the Columbia and Snake rivers more than offsets any dam-
related losses of the salmon that orcas depend on for food, it said. The orcas depend on different stocks of chinook up and down the coast,
not just those from the Columbia and Snake rivers, the letter said. However, environmental groups and Northwest tribes have said that spring
chinook, a critical element of the orcas’ diet, are endangered largely
because of the impacts of the federal dams and their reservoirs. The real issue is commercial salmon harvest and booming populations of
sea lions, harbor seals and other marine predators that cluster at man-
made structures and feed on chinook salmon, the letter said. More than $2 billion have been spent to make federal dams more fish
friendly, and federal scientists have said survival levels are similar
to those seen in undammed rivers, such as the Fraser River in British
Columbia, the letter said Environmental groups are “using the orcas to play on the public’s
sympathies and promote their real goal,” removal of the dams, the letter
said. The four Snake River dams are important for their role in supporting
wind energy by helping keeping the electric grid stable, the letter
said. The dams receive signals to increase or decrease generation to
help balance the generation being added to the grid with the electricity
being consumed. The letter also pointed out that one of the governor’s key interests,
carbon reduction, is at odds with removing the dams. The task force that recommended the study opposed by the letter included
nearly 50 members representing state agencies, the Legislature, tribes,
the federal government, local government and nonprofit organizations. Washington state Department of Fish and Wildlife data shows that the
southern resident orca population fell to 74 killer whales last year,
the lowest count in 30 years. The task force set a goal of increasing
the population to 84 orcas in the next decade. Inslee said in blog post outlining his plan to help save the orcas that
the proposed study would inform a path forward should the four dams be
removed. It would also prepare the state to participate in the federal
environmental study, he said. Local governments who have signed or are considering signing the letter
include the three Tri-Cities, West Richland and Prosser; the Benton and
Franklin County commissions; the Franklin and Benton PUDs; and the ports
of Pasco and Benton. Agencies expected to sign the letter include TRIDEC, Visit Tri-Cities
and the Tri-City Regional, Pasco, West Richland and Tri-Cities Hispanic
chambers of commerce.