Tri-City Herald: Republicans, outraged by no dam-breaching session in Tri-Cities, get their way

After complaints and demands by Republican leaders, the Tri-Cities will get its own workshop on a state study on the impacts of breaching the lower Snake River dams. 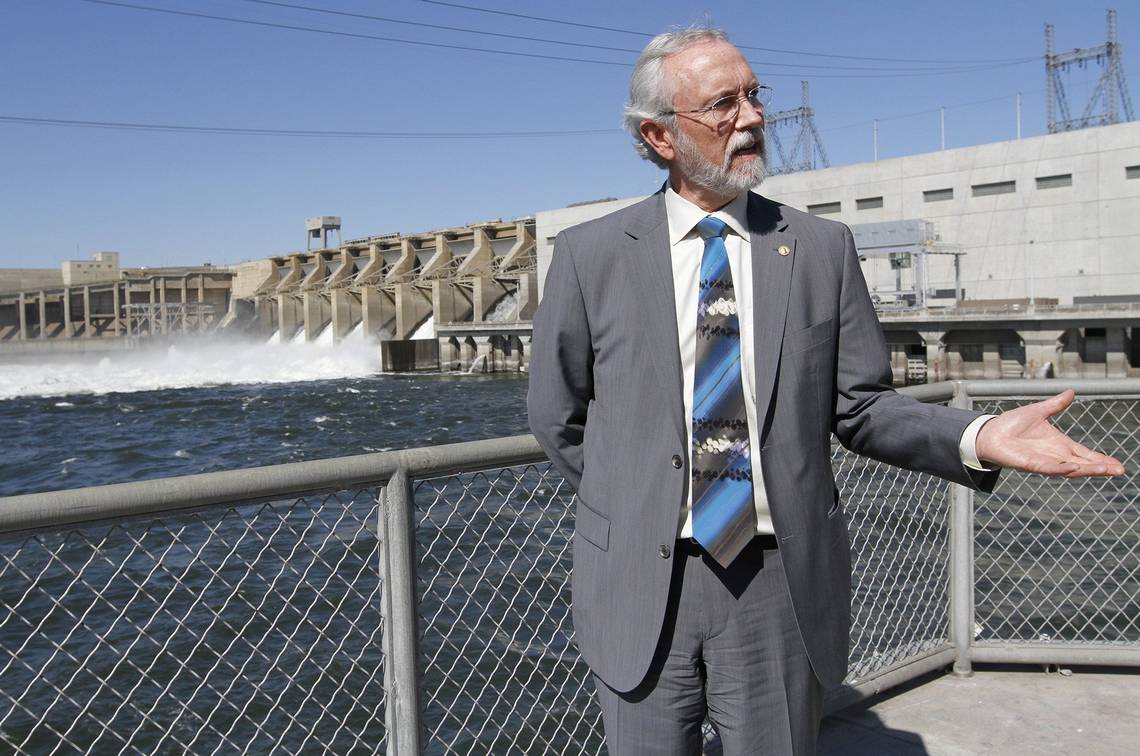 Schoesler represents the 9th District, which includes part of Pasco.

“The state is turning its back on the people of Tri-Cities by avoiding their opinions and concerns,” he said. “I demand that Gov. Inslee’s Snake River Dam study group hold an additional public hearing in Tri-Cites so our region’s voices can be heard.

“It is the least the state can do to uphold any semblance of a legitimate process,” he said. “One has to ask: What are they afraid of?”

By 4 p.m., consultants working on the project got permission from the governor’s office to add a third public hearing.

It will be held in the Tri-Cities in January, said Jim Kramer, of Kramer Consulting in Seattle, a subcontractor on the study.

The Legislature, at the request of Democratic Gov. Jay Inslee, included $750,000 in the state’s budget to contract with a neutral third party to investigate the  impacts of removing or breaching the four Snake River dams in Eastern Washington.

The removal of the dams has been proposed as a way to increase the chinook salmon population that make up the majority of the diet of the declining Southern Resident orca population off the Pacific Coast.

The study had strong opposition in Eastern Washington, with some residents questioning if the region’s concerns and conflicting scientific opinions would be heard over the emotional pleas to save the region’s iconic killer whales.

Water spills at Lower Granite Dam, one of the four dams on the lower Snake River in Eastern Washington. An environmental review ordered by a federal judge concerned about salmon runs is looking at the impacts of tearing down the dam.  IDAHO STATESMAN FILE
The National Oceanic and Atmospheric Administration Fisheries earlier concluded that one narrow approach to fish recovery, such as breaching dams on the Snake River, would not have a measurable improvement on orca survival.

Newhouse and Rep. Cathy McMorris Rodgers, R-Wash., released a joint statement in May asking Inslee to veto the $750,000 line item in the budget.

“Instead of  studying the removal of our federal dams, these state dollars could have been used to fund salmon recovery programs that directly aid endangered salmon species,” they said.

When the governor’s office announced plans for the study in August it said that two public hearings likely would be held, possibly in Vancouver and the Tri-Cities.

But then requests were received for the Eastern Washington workshop to be held in Clarkston, Kramer said.

Tri-City area supporters of the dams point to benefits, such as low-cost hydropower and support for agriculture through irrigation and transportation.

The Columbia River is the third-largest grain-export gateway in the world, with barging keeping thousands of semi-trucks off Mid-Columbia highways.

On the hottest days of the year, Ice Harbor Dam on the Snake River supplies as much as 30 percent of the electricity used in Pasco and Richland, according to local officials.

Rep. Dan Newhouse is shown on a tour Ice Harbor Dam near Burbank, one of the dams being considered for removal. Andrew Jansen

The state study has been contracted to Ross Strategic of Seattle, which has hired subcontractors Kramer Consulting, Anchor QEA of Seattle and  White Bluffs Consulting, a two-person Kennewick company.

The consultant will not be able to interview everyone with an interest in the issues, according to information posted on the governor’s website.

“The goal is that all interested parties have confidence their perspective is considered and represented, whether they were interviewed or not,” it said.

Kramer said that almost 50 interviews have been conducted so far, the majority of them in Eastern Washington, and including farmers and representatives of ports and utilities.

STUDY TO BE DONE IN MARCH

Although information is not being released yet, he said “consistent concerns” about the dams were being raised in those interviews.

Next week an online questionnaire will be posted to allow responses from more people, he said. Details have yet to be announced.

The schedule for the study calls for the contractor to gather information and interview people through late November and then release a draft report in mid December for public comment.

The public workshops will be in early January, with comments accepted until late in the month. In early March the final report is expected to be submitted to the governor and Legislature.

The three public workshops will be a chance for people to learn what is in the draft report, Kramer said.

There are not a public hearing where people will be allowed to comment.

Schoesler questioned that. He was quoted in the Republicans’ Twitter post asking why the public can’t speak at the workshop.

“The entire process has been a sham,” Newhouse said Tuesday. “The federal government has jurisdiction over these facilities, so — as I’ve said all along — spending $750,000 on a state-funded dam breaching study is a complete waste of Washingtonian’s taxpayer dollars.”

Newhouse and McMorris Rodgers say that only Congress has the authority to breach or tear down federal dams.

The results of the state study will be used to help inform the  state of Washington’s position on a federal study being done on the Columbia River Power System, which includes the option of removing the dams, according to the governor’s office.

The federal study, to be completed in June 2020, was ordered by U.S. Judge Micheal Simon in Portland. He has questioned whether enough is being done to improve Northwest salmon runs.

The Army Corps, the Bureau of Reclamation and the Bonneville Power Administration are  leading the federal study.